It was an early rise in the morning to get to our snorkel tour in Thingvellir National Park. The tour, operated by DIVE.IS, was in the Silfra rift which divides the North American and European continental plates. The water here is fed by high-up glaciers, fine-filtered for a hundred years through the volcanic rock, and is therefore very pure with excellent visibility over 100m. It is also extremely cold, at only 2 degrees Celsius, so drysuits were included with the tour. The drysuits did a reasonable job of keeping the body warm as long as you keep moving, but your face is exposed, and your lips will feel a little numb initially until you get used to it. Unlike snorkelling in the Caribbean, there are no fish or coral here. This experience was about snorkelling between the two continents in exceptionally clear and pure water. The water is so pure that we were encouraged by our guides to take gulps whenever we felt like it. 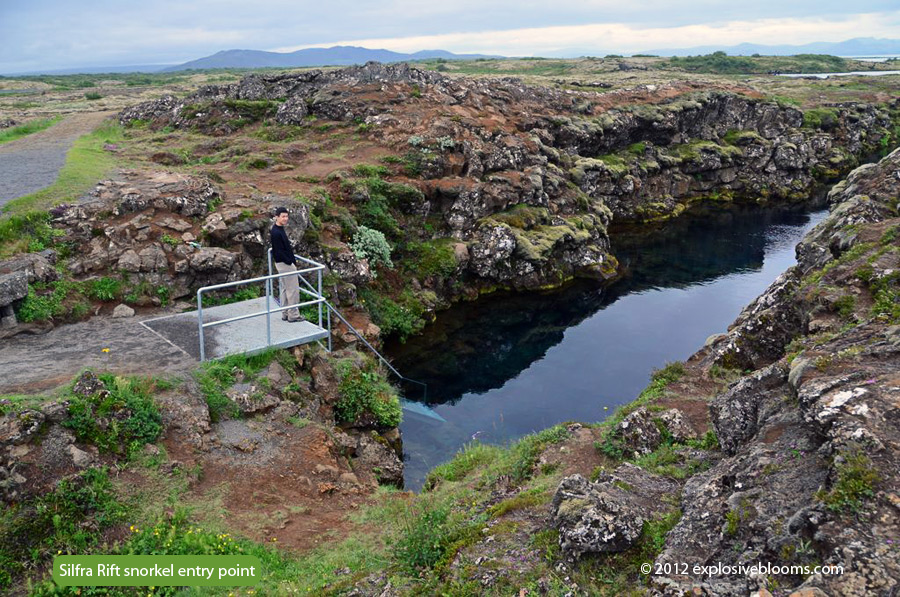 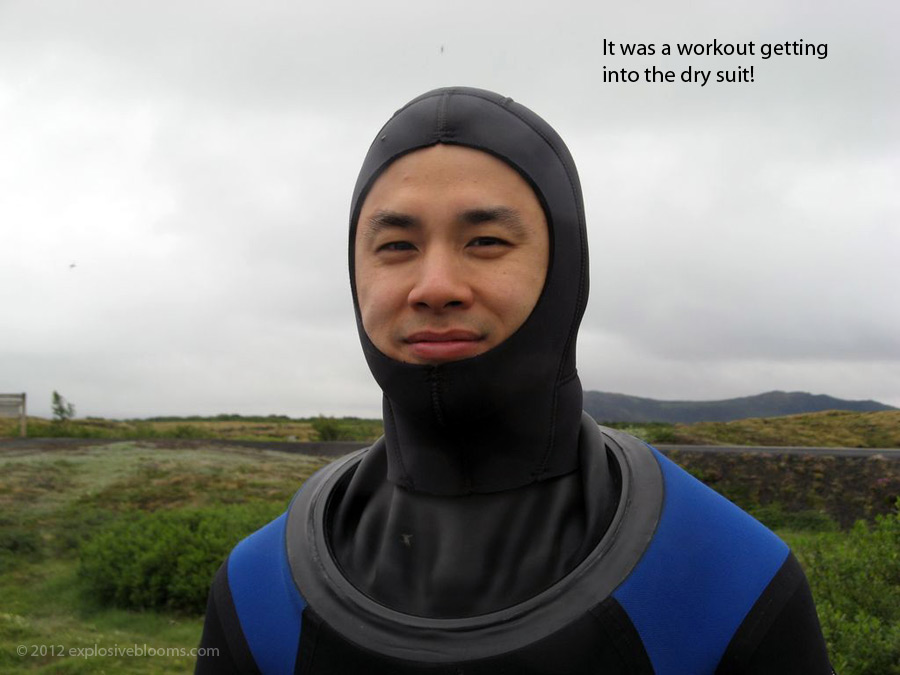 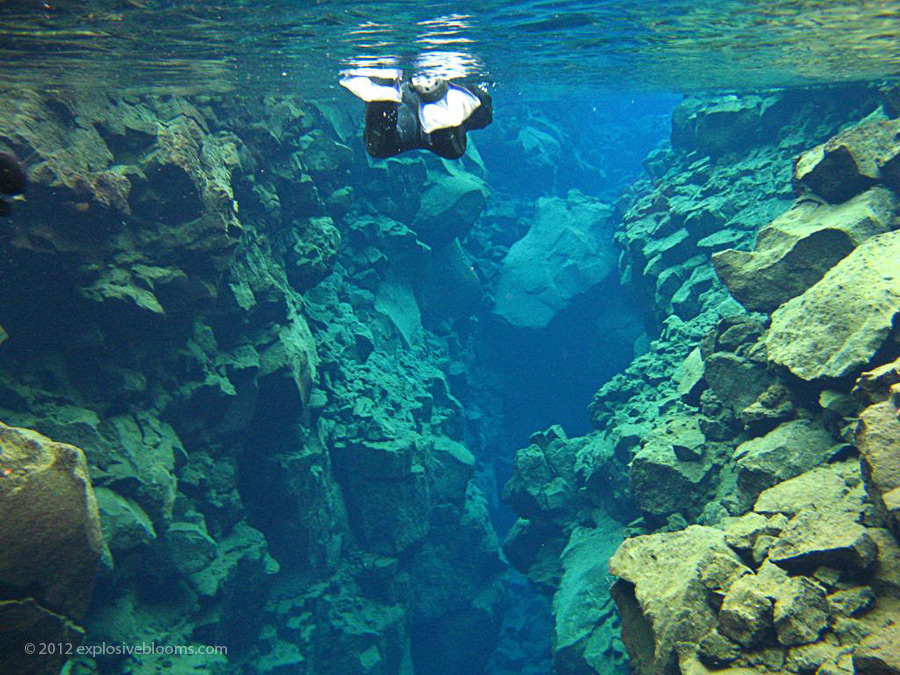 After snorkelling, we spent some time to explore the viewpoints at Thingvellir park, then we headed off to Geysir. In this area, there are several hot springs and geysers. The main attraction is the Strokkur geyser, which erupts every 5 to 10 minutes, and spurts boiling hot water 30m in the air. It was quite exhilarating to stand downwind of the geyser and feel some of the splash during the eruptions. 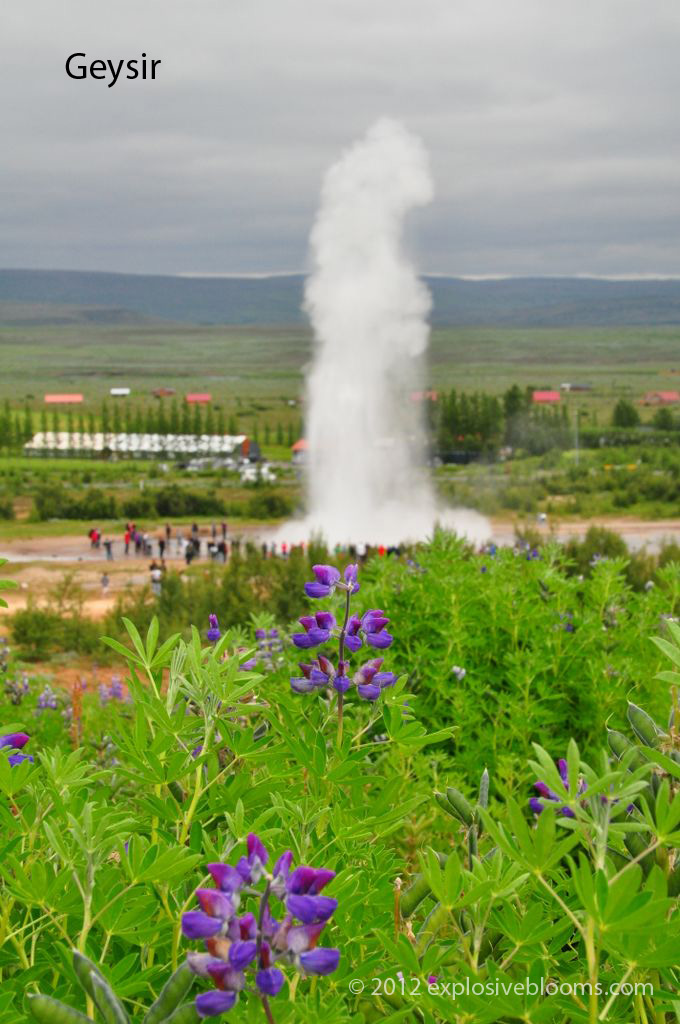 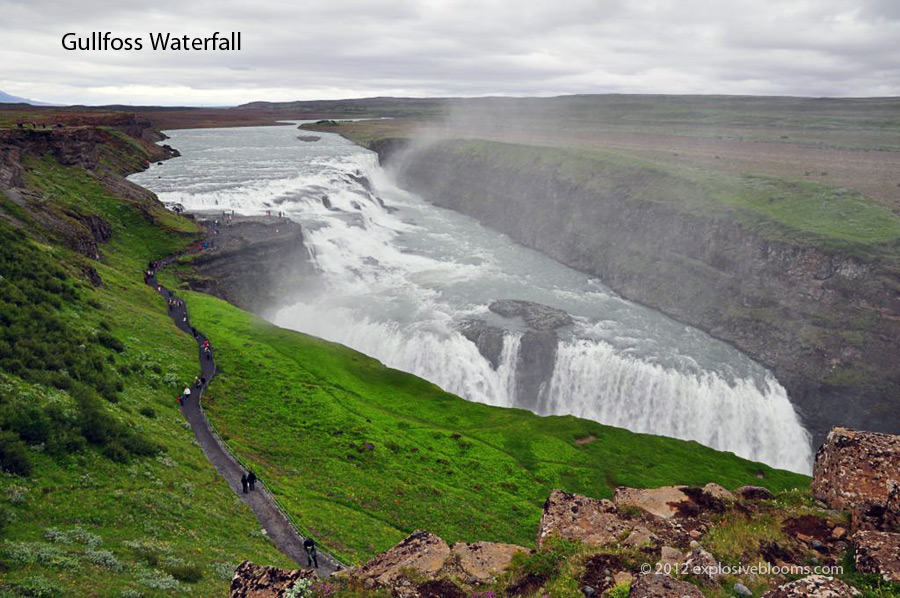 Next was the Gullfoss Waterfall. This waterfall is unique because it is effectively two waterfalls, angled 90 degrees to each other. As we had a lot of driving ahead of us, we got back in the car and continued towards the south coast. We had to be in Vik this evening for our hotel reservation. Approaching dinner time with hunger setting in, we flipped through our guide book to figure out where we could stop for a bite. The book mentioned a local favourite called Fjöruborðið, famous for serving Icelandic lobster, which is closer to langoustine. Reservations were recommended, but with few dining options in the area, we gambled and drove the one hour detour into Stokkseyri. We were lucky to get a table, and the food did not disappoint! This place is highly recommended if you happen to be in the area. With our bellies full, we were ready for the two hour drive to Vik. We called the hotel en route to let them know we’d be arriving very late, and fortunately they were able to wait for us, although on the phone, the guy thought it would be humorous to tell us we’d have to find another hotel, but quickly revealed he was only joking. This was a long day and we were ready to get some rest. 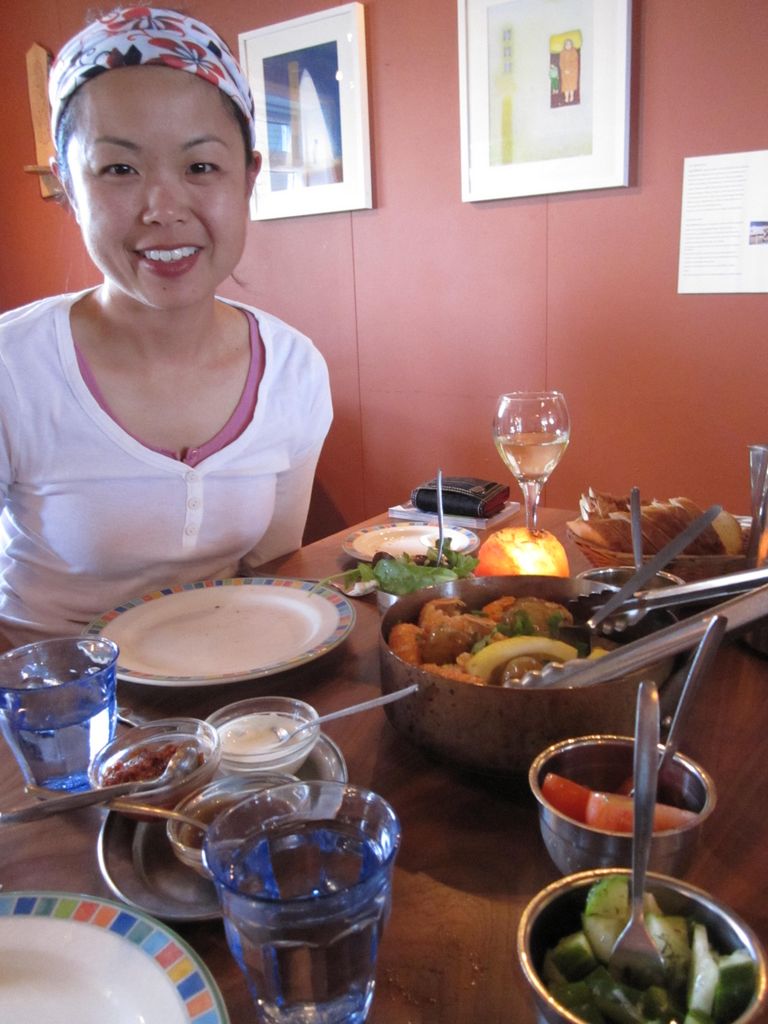 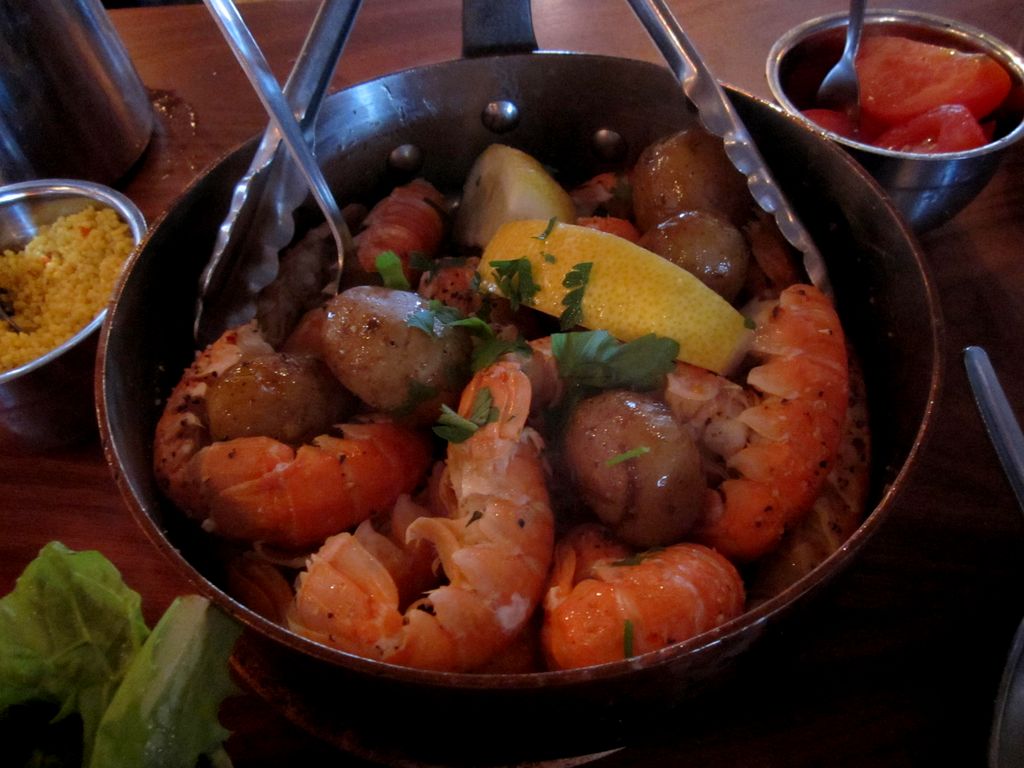 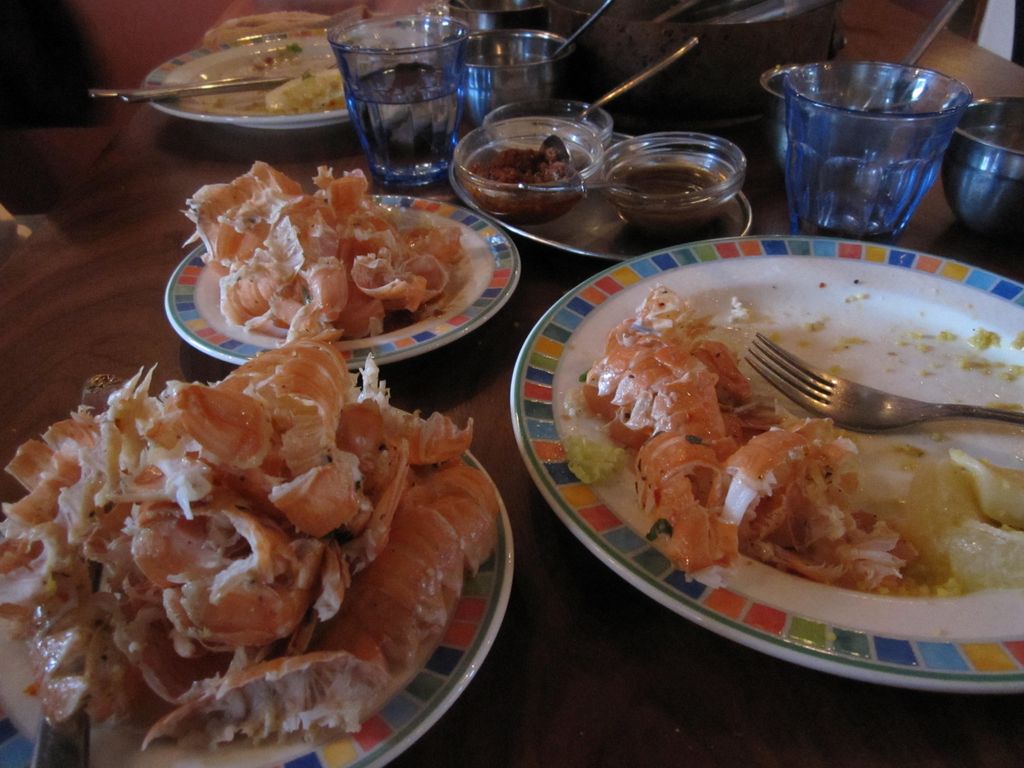 On day 10, we awoke to beautiful blue skies. On the first two days of our trip in Iceland, the sun was shining, but the last week or so has been mostly overcast, so this was a very welcome change. The forecast today indicated a high of 23 degrees, and out came the t-shirts and shorts! Today’s drive would take us along the beautiful south coast towards Skaftafell National Park, with several scenic stops along the way. Because of the nice weather, we wanted to do a picnic lunch. We entered a town and found a grocery store, and picked up our usual skyr, some ready-to-eat food, as well as this: 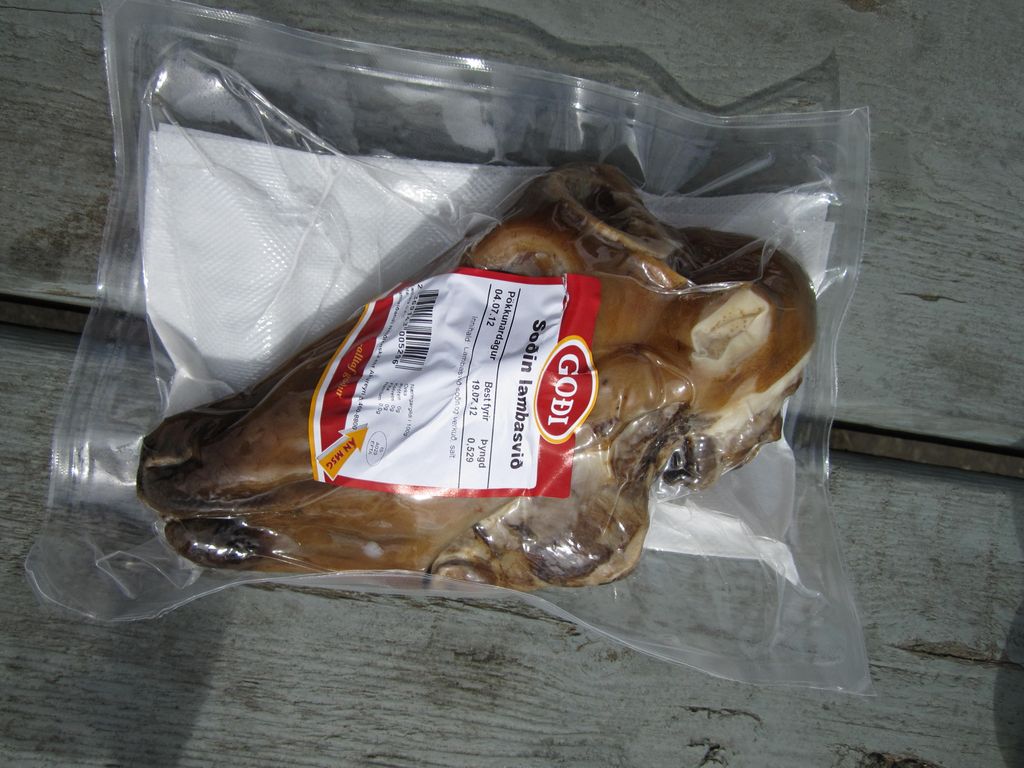 Yes, that is a sheep’s face, deli style (cooked and chilled). We weren’t sure what to expect, but the cashier at the store told us it is a traditional local dish, so why not. How did it taste? Not bad, a little bit fatty as it was a lot of skin and not much meat. We probably wouldn’t get it again like this, but I think it could taste better if prepared properly at a restaurant. 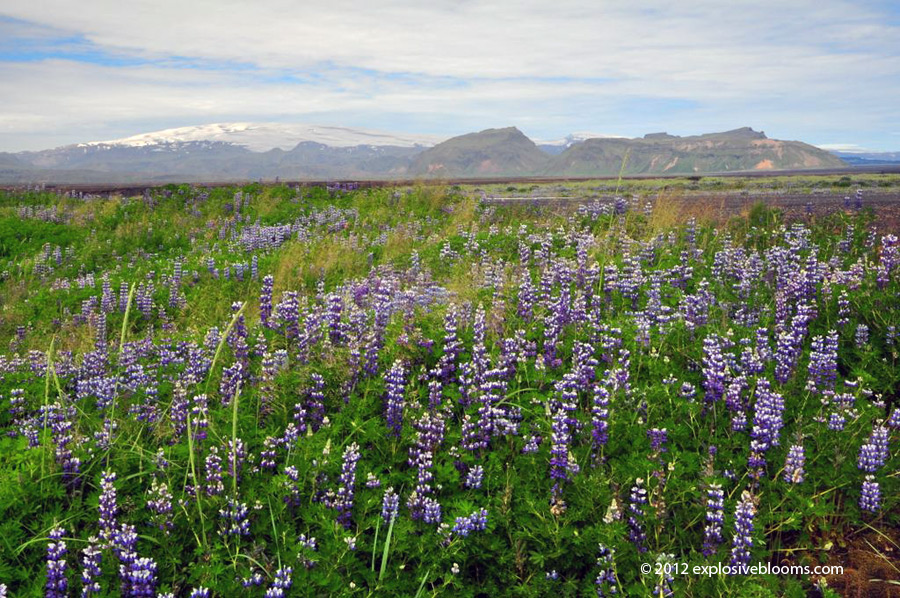 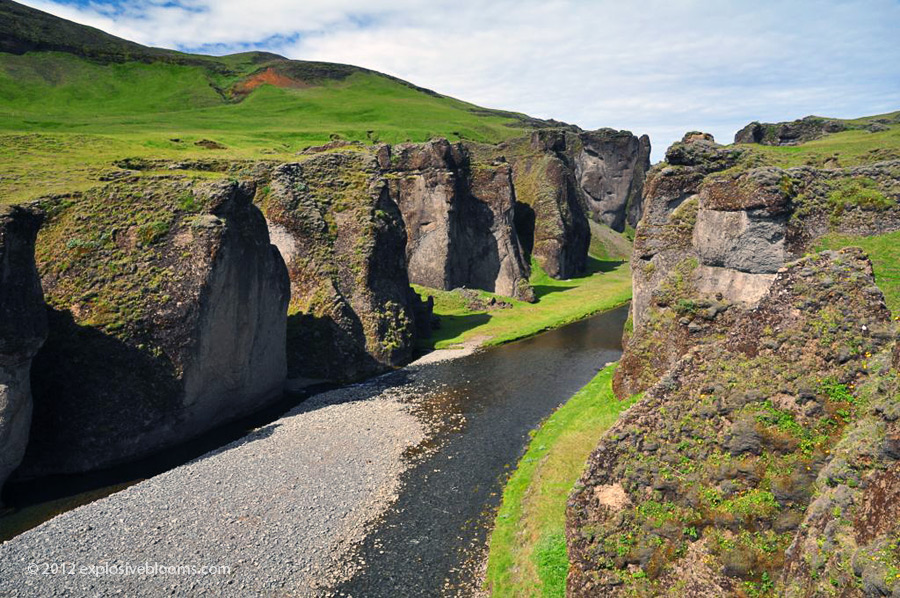 In the evening, we took advantage of the good light and visited the famous Jökulsárlón lagoon, a glacial lake where large pieces of ice break off the Vatnajökull glacier and float out to sea. 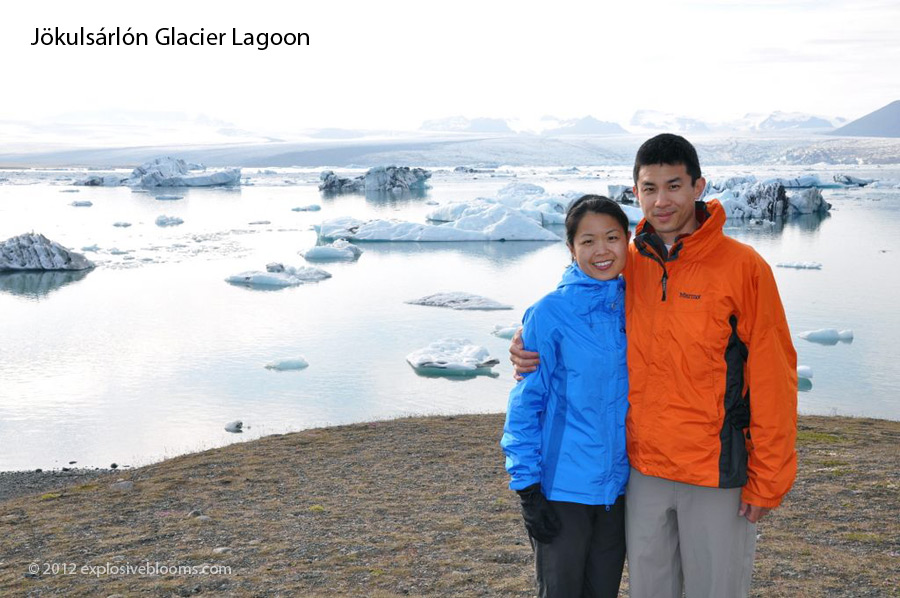 Day 11: It’s raining again in the morning as we prepared for our glacier hiking tour. Despite the weather, this was one of the highlights of the trip, being able to freely walk on the glacier. The tour company provided each of us with crampons and an ice pick to ensure our safety. With the crampons properly secured to our hiking shoes, we would not be slipping on the ice. After the hike, we headed back to Reykjavík for our final night in Iceland. The sun starting breaking through, so we were able to make a few more scenic stops along the way, including a hike up a small hill for a good view of Eyjafjallajökull. You may recall this volcano shut down air traffic in western Europe when it erupted in the spring of 2010. 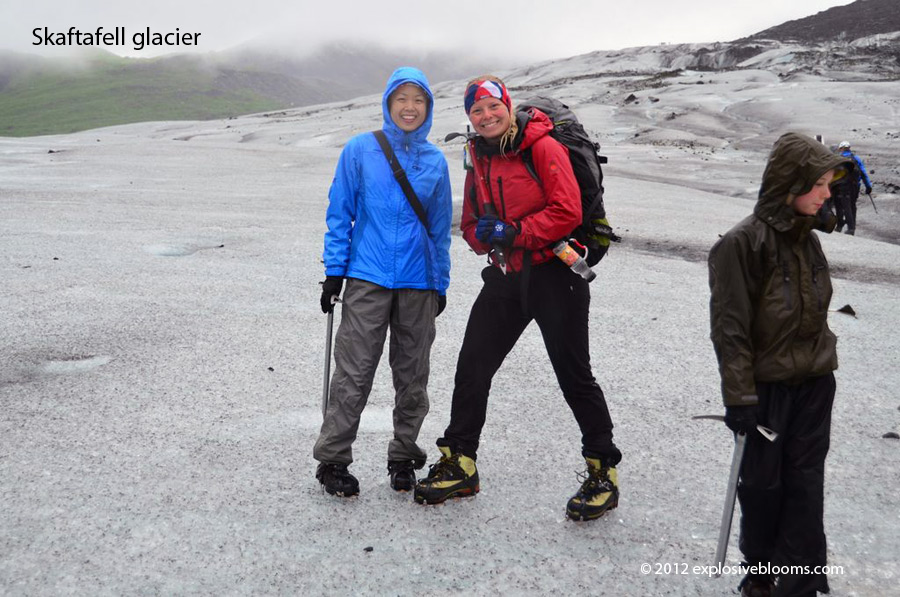 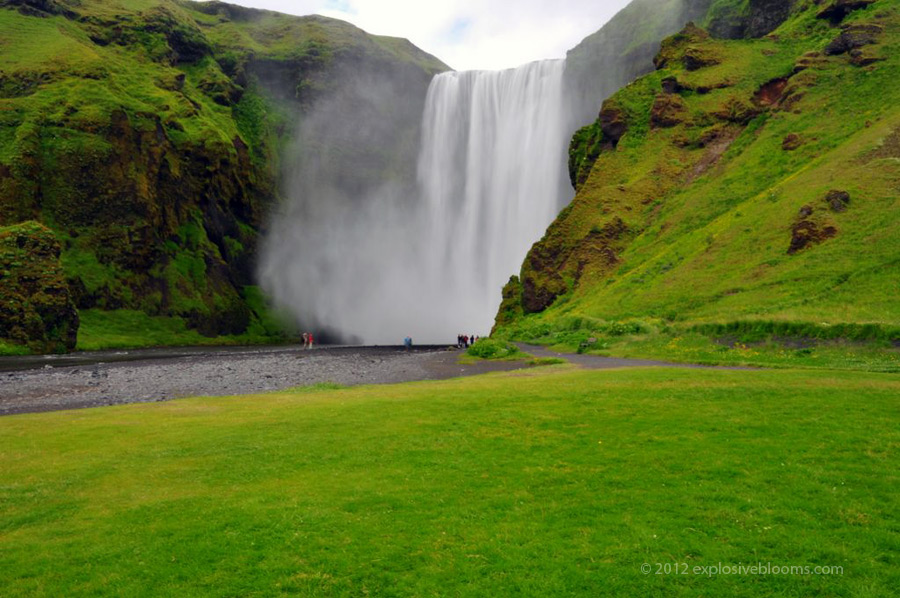 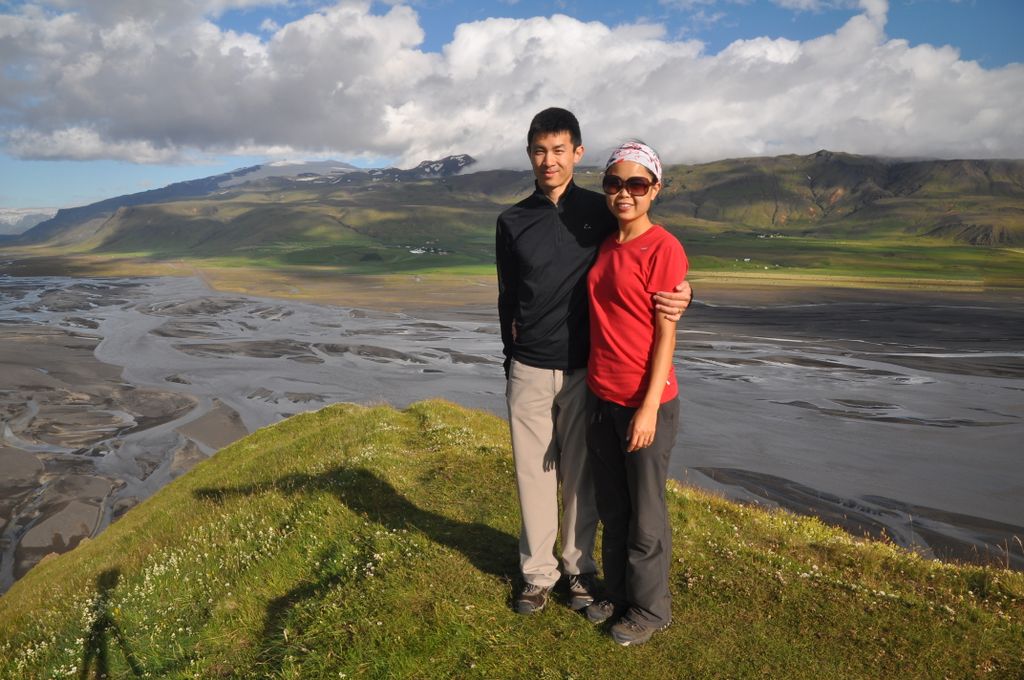 Day 12: Our last day in Iceland. Our flight was in the afternoon, so we spent the morning exploring Reykjavík on foot. We went up the Hallgrímskirkja Church to get some nice views of the city. With the clear sky today, we could even see Snæfellsjökull and the Snæfellsnes penninsula from the city. It has been a great trip, and we plan to be back in the future to visit the north and east of this beautiful country. 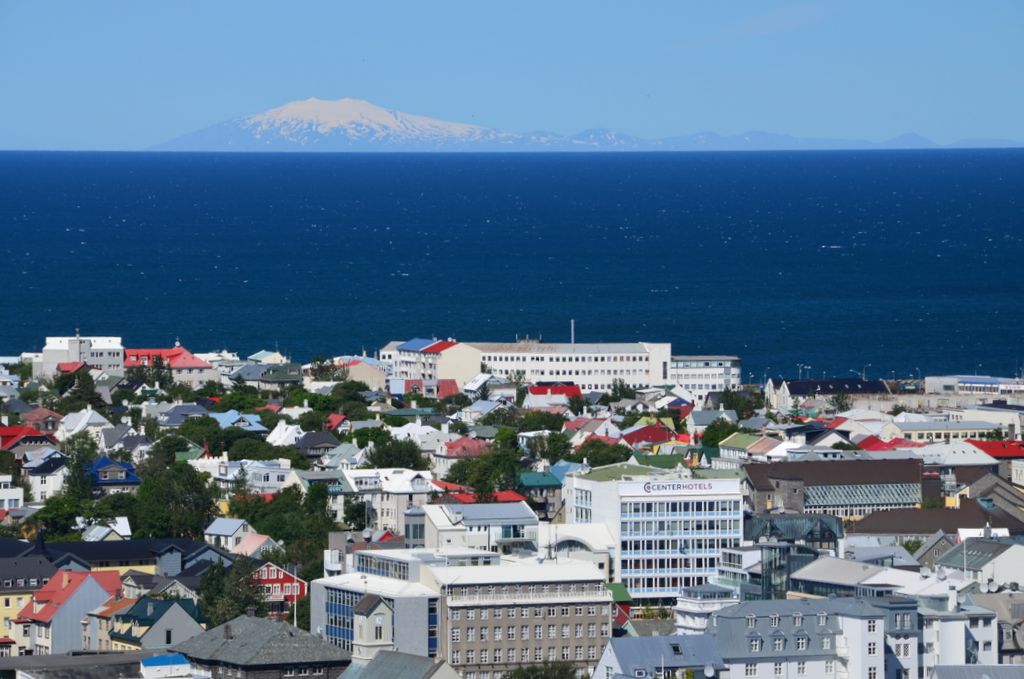