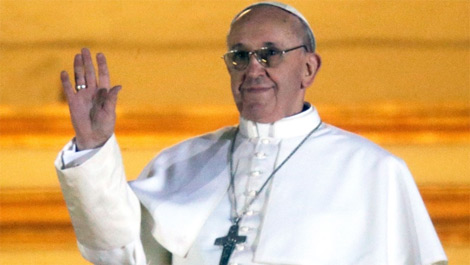 White smoke billowed from the Sistine Chapel chimney and bells rang across Rome on Wednesday evening, indicating a new leader has been chosen for the world’s 1.2 billion Catholics.

The Catholic Church has elected a new pope: Argentinian Jorge Mario Bergoglio, the 76-year-old Archbishop of Buenos Aires. He is the first pope ever of the Americas. [Read more]

“In the Bible, when you get a new job from God, you pick a new name or you’re given a new name, and that’s the idea — they feel they’ve been chosen to do this very weighty job and they need a name that will sort of help them and inspire them,” Portier said. “It’s also a signal to the rest of the church and the world.” [Read more]

Bergoglio has taken the name Pope Francis I.