I needed a little break from my sweater project, so I decided to knit up a yarn pouch for my friend who is also a knitter. She knits on the subway and I thought a yarn pouch would come in handy. The pattern is from Etsy, but it is named the Onion Bag. The yarn I had purchased was a cotton/bamboo blend, but I cannot say that I would purchase this one again. I found it very difficult to work with because of all the plies, which also contributed to the weight. Combine that with the pattern, I was developing blisters! I purchased the yarn from the bargain bin – the brand is Needful. Good thing I picked up two balls. I didn’t have the pattern with me, so I felt it would be safer to purchase two. The finished pouch is bigger than I anticipated. I was getting bored knitting this, and with the discomfort from the blister, I decided to cut the project short, leaving out more than a handful of rounds at the base. Had I knit it as per the pattern, this would be quite a large bag. Instead of using a silky string to tie the pouch shut, I decided to knit an i-cord with the remaining yarn.

The pouch currently holds at least three balls of yarn. Of course, it will depend on the size of the balls.

It’s a sturdy pouch and I hope that my friend will find it useful. 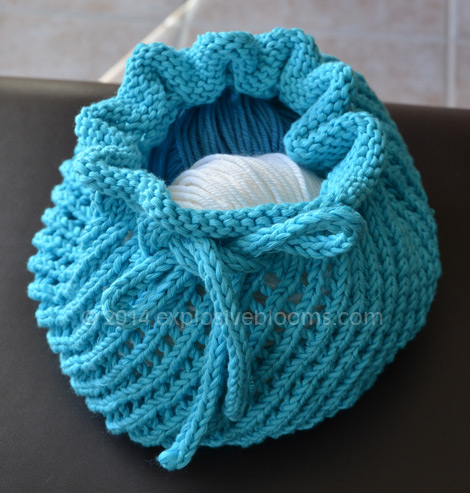 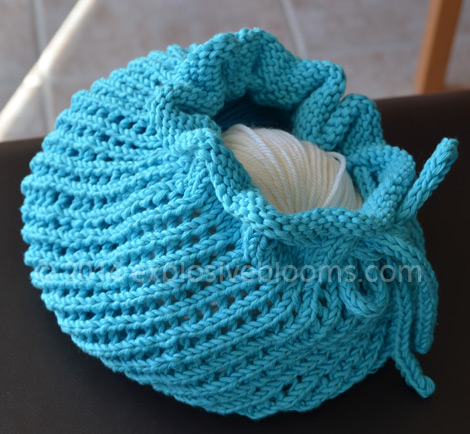