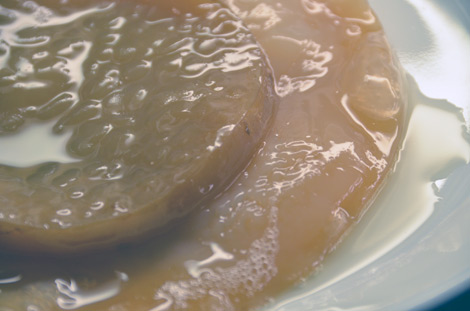 Yesterday I finally bottled my kombucha for the second ferment. This is the time that you can flavour your kombucha; however, I decided to make this first batch plain. I actually like the flavour as is. The second ferment is to add some carbonation. If you do add fruit juice, you need to be careful because the additional sugar leads to more CO2 production. Just make sure you unscrew your jar caps after 2-3 days to release some of the gas.

Before I could bottle, I had to remove the two scobies. Since my brew was in a 10 litre jar, the baby scoby is actually larger than the mother. 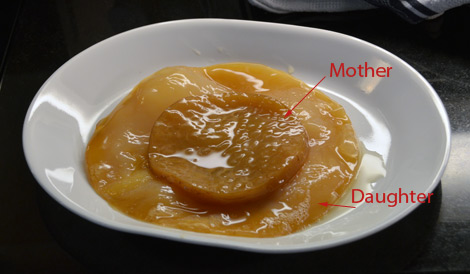 My batch resulted in 13 cups of kombucha, plus 4 cups remaining in the brewing vessel to start a second batch, and 3 cups as the starter fluid for the scoby hotel. 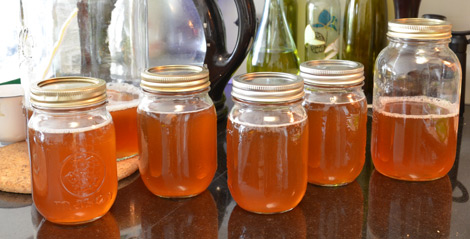 I’ve placed the jars in a shower stall, just in case a jar cracks. I have one jar in the fridge because I don’t mind flat kombucha. It’s a refreshing drink, though a bit acidic. Think, apple cider vinegar, but with more dimension.

I’ve placed the daugher scoby back into the brewing vessel, and added a new batch of sweet tea. This time, I used 5 bags of green tea plus 1 bag of orange pekoe. I added some of the sweet tea into the scoby hotel, which is a 1 gallon jar currently holding mother. From what I understand, a new scoby will form on the surface, and as I gently submerge it, another will form, and so on. 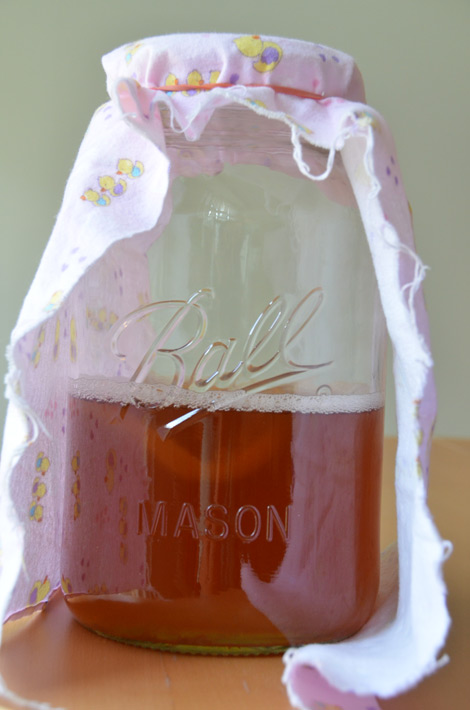 What is interesting is that mother continues to sink, while daughter floats. Interesting.