Life has been busy since returning from Croatia, hence the long gap in putting up a new post. I have temporarily agreed to take on the role as the official Den Mother (Pie Production Manager) at the Pie Commish. Don’t get me wrong, working in the kitchen is fun but I really don’t want to waste my other skills. I’m now in-and-out of the kitchen, spending a growing amount of time dealing with administrative matters. It hasn’t been a difficult transition as I’m doing the things I’ve done before and that I am good at – keeping the day-to-day in order, running payroll, dealing with HR matters, developing policies, going over numbers (sales)… Some things are newish, like being responsible for scheduling the staff, but it’s nothing beyond my capabilities. The best part of taking on this job is that I get to set my own hours, so on most days I give myself enough time to get home to have a delicious meal on the table by the time hubby arrives.

About a week ago, I purchased my very first stand mixer. It’s a KitchenAid Artisan, which I purchased online from Costco. It was the best deal I could find at $349.99 with a bonus Flex Edge beater. I love the green apple colour! 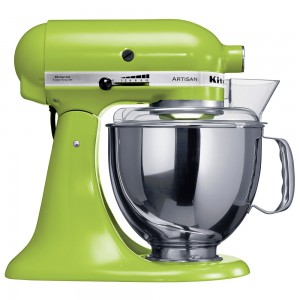 I had a bit of a hassle with getting the bonus flex edge beater, but when it finally arrived earlier this week and I used it right away, I’m glad I got it. It’s essentially the paddle that comes with the unit, but the difference is that it has a scraping edge attached to one edge of the paddle. 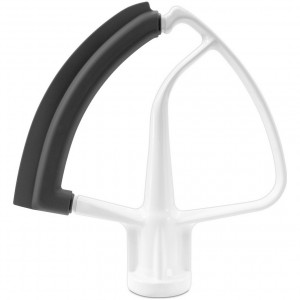 The stand mixer is solidly built. It’s probably easiest to leave it on your kitchen counter, but my kitchen isn’t big and counter space is valuable, so it currently sits on my dining room table when not in use. It’s not loud, and so far it hasn’t bounced, but I also haven’t tried putting it at top speed. I’m a tentative baker.

So far I have made cookies, an apple pie bread, and this morning I made blueberry pancakes with the leftover buttermilk. This was my first time making pancakes from scratch. It’s so simple, and it produces the fluffiest pancakes! I’m not sure I will ever be able to go back to boxed batter. 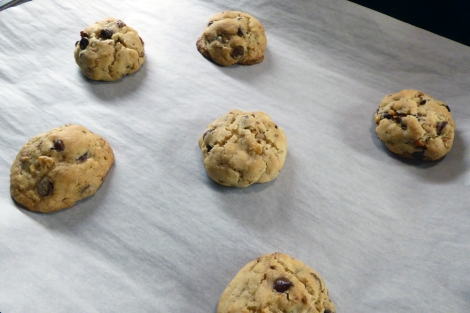 The apple pie bread is perfect as a mid-morning snack or dessert. With the electric stand mixer, making the batter was a piece of cake. The hardest part of the job was grating the apples. I used my Swissmar Börner Rösti. 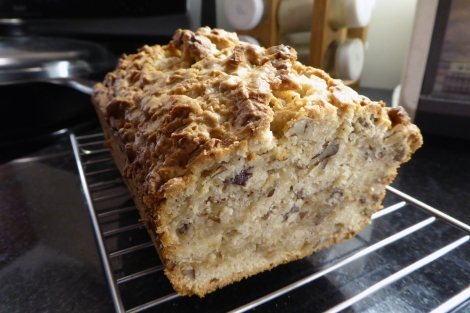 Next on my list is Brazilian Cheese Bread, though I think the recipe says to put everything in a blender. Sounds like it could become a Vitamix job.