I’ve been meaning to do this for a long time. Our original worm bin dries out quickly and isn’t nearly as productive as the other four bins. In fact, the last time we checked on it, there were webs. They didn’t look like regular spider webs. This was a clear sign that I needed to take the time to see what was going on inside this bin.

Hubs and I picked out the worms, and again, we were surprised that there was a good number of them. There were not many eggs though. We threw out all of the old bedding, and picked out unfinished bits from the castings. I decided to use the castings immediately. 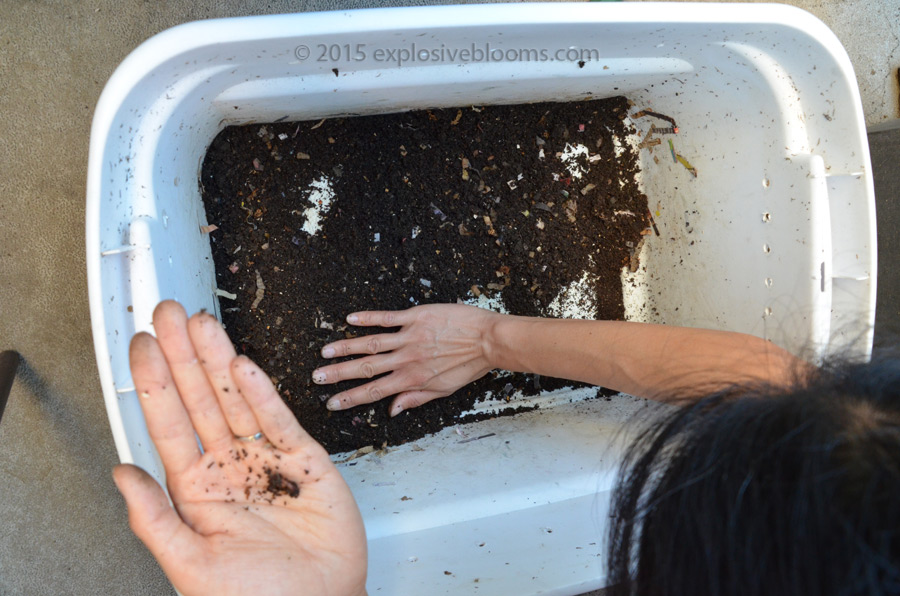 As I did one last sweep before throwing handfuls into my containers, I found a few stragglers. There is no way they would survive outdoors in the commercial potting soil.

In total, I think we had a couple hundred worms in the bin, though you wouldn’t be able to tell, based on how dry the bin was, and how little action there has been. 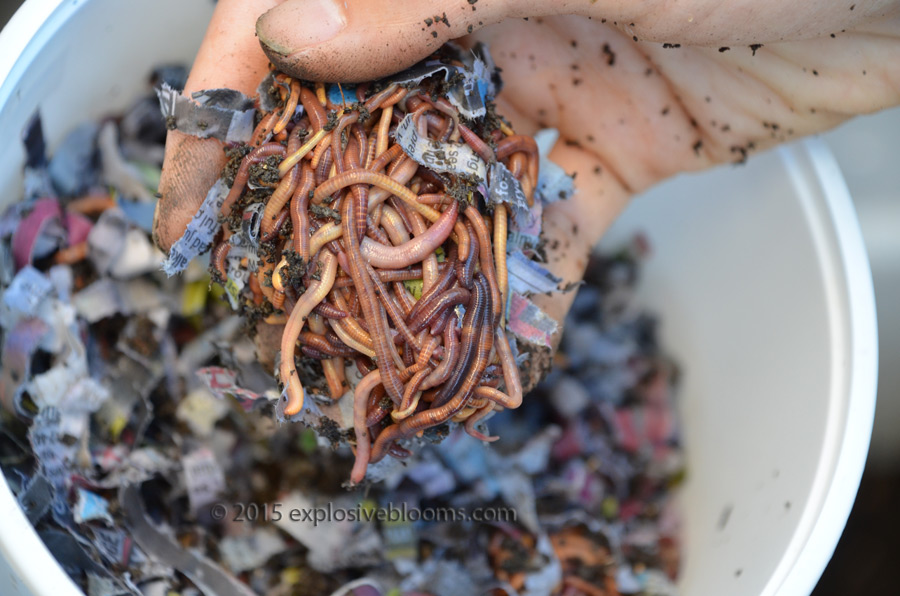 We relocated the worms into another bin, and washed this problematic bin. I have shredded extra paper to restart this bin, but that is for another weekend. I think it’s almost time for us to harvest from the other bins. It’s a very time-consuming task, picking out the worms. I think I need to look into crafting a sieve to separate worms/eggs from castings.