11:24 pm – I did not sleep well last night. For some reason hubs decided to wake up at 05:00 hrs and photograph the moon. It was the supermoon lunar eclipse. This is supposedly a rare occurrence. The last time this happened was at least 30 years ago. He says it was a coincidence that he noticed the moon while he woke up to use the washroom. He said that as he was getting back into bed, he heard the church bell chime five times. At dinner the night before, trip leader, Martina, mentioned that the eclipse was supposed to be visible here in Llivia between 04:11-05:20 hrs. With all his in-and-out onto our balcony, and the squeaky bed, I was constantly awoken. When the clock alarm went off at 7, I was grumpy. Sitting at breakfast, I was really cold. It wasn’t a great start, but at least it was sunny! That brightened my mood significantly, despite the chilly morning temperatures. I completely layered up, and after the first climb (7.5 km), I started shedding layers. The sun was shining bright, and my pumping blood was raising my body temperature quickly. Today, we would be riding in France. 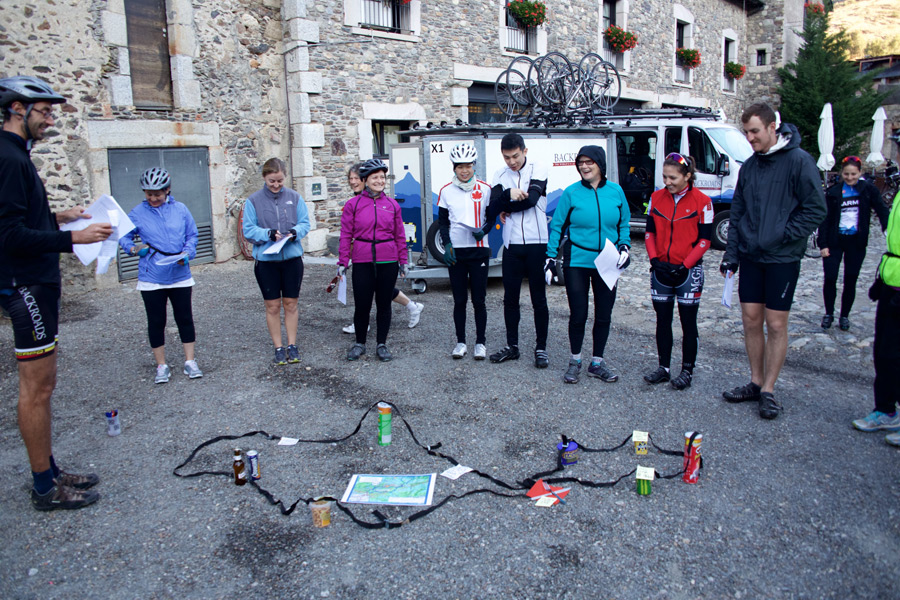 Above: for an early, chilly morning, we are all smiles. The two Pringles cans, plus the Orangina can makes all of us a little bit nervous. These signify steep climbs. Compared to the group we rode with in Croatia, I can tell that this group has much more confident riders. Even with the jokes, everyone seems up for the challenge. I loved the energy of this group. I should also thank Jon for providing some of the stellar photos. I didn’t find the time to take as many photos on this trip. It’s tough to stop when you have found a rhythm on the uphills, and who truly wants to stop when sailing downhill? 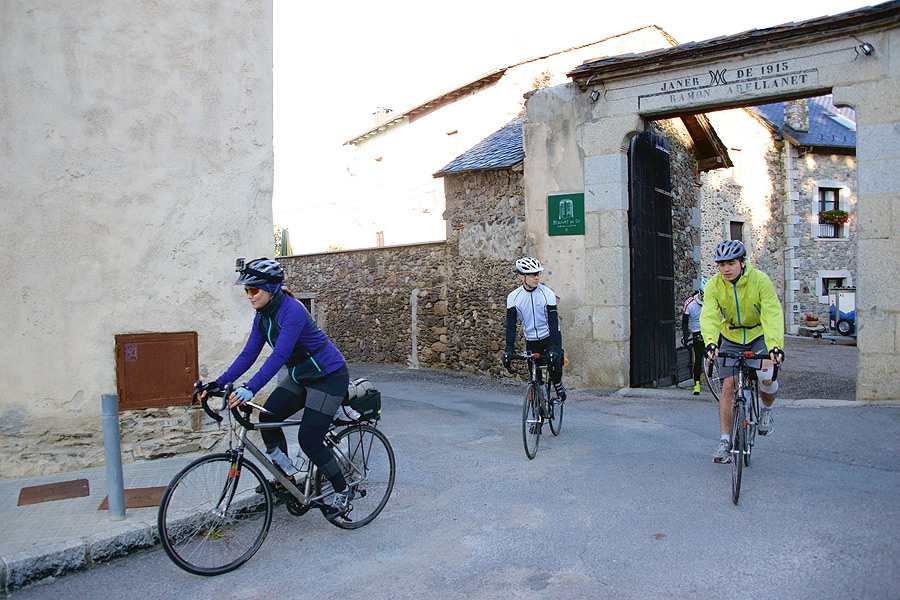 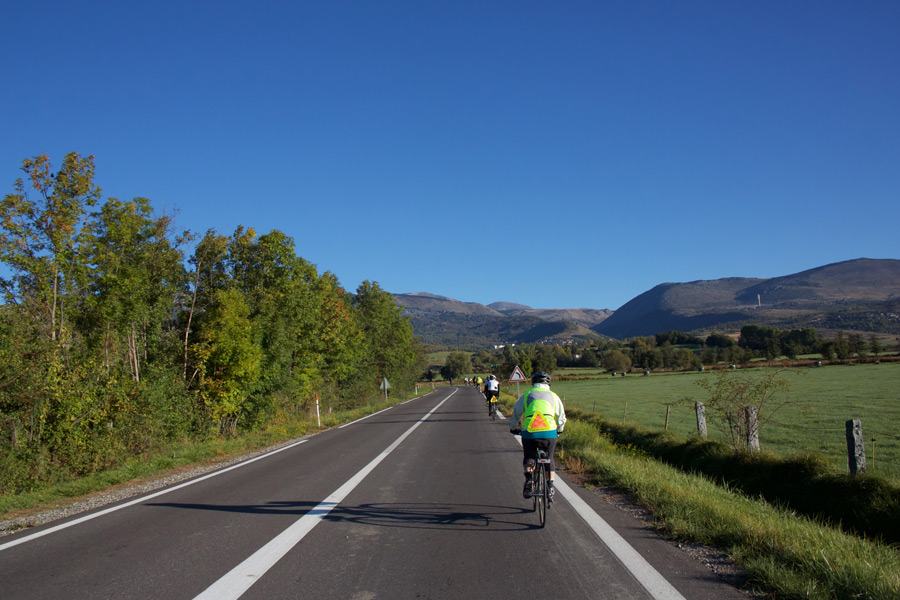 The ride today was the most challenging ride I have ever done. I was feeling and doing great, so at the 27.5 km mark, where we were expected to choose between having lunch or continuing and doing the long option, I chose the long option. This would add an additional 35.3 km to our ride, which doesn’t sound like a lot, but it is almost all hill climbing, three hills to be exact. This is after or first 27.5 km, which consisted of an 11 km climb, which was 4-8% grade. On the long option, the first two hills was fine for me. Hubs says that I am built to climb, because I am light. I lead us, with lots of energy. At 23.2 km, hubs told me we had 300 m to go before the descent started. That gave me that final burst of energy, but when we got to the top, he realized that he misread the directions, and we had an additional 4.5 km to climb. That turned out to be the longest, most brutal climb of the day. I wasn’t sure that I would be able to make it. I was physically and mentally exhausted. 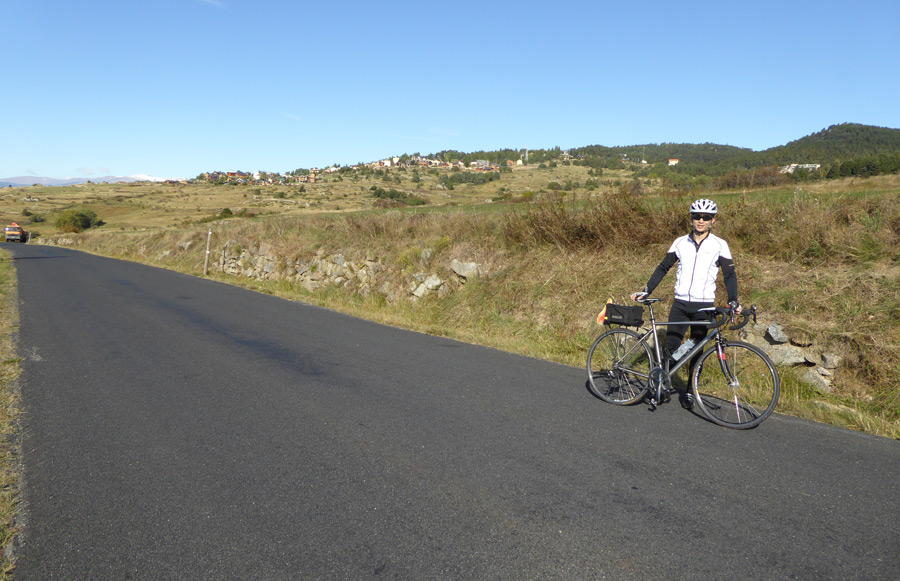 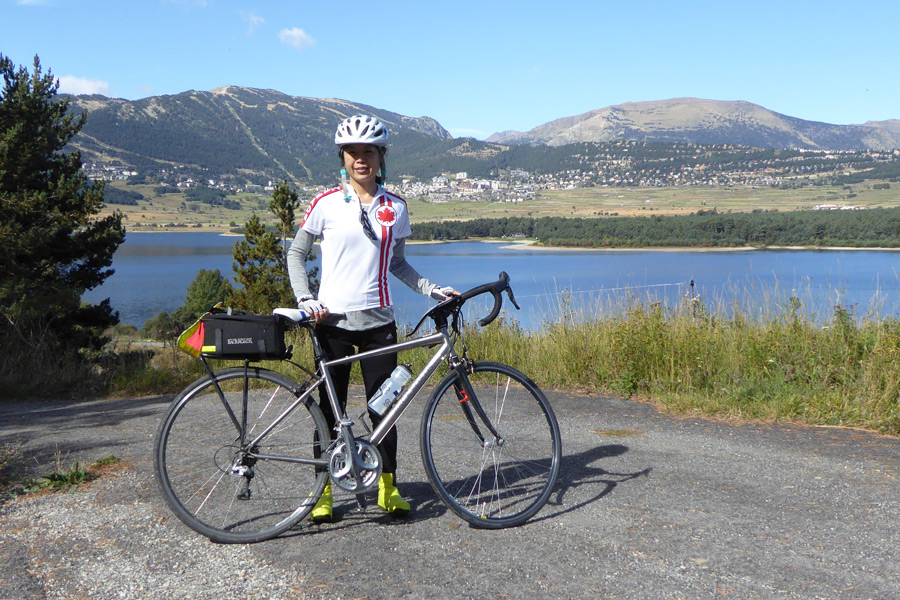 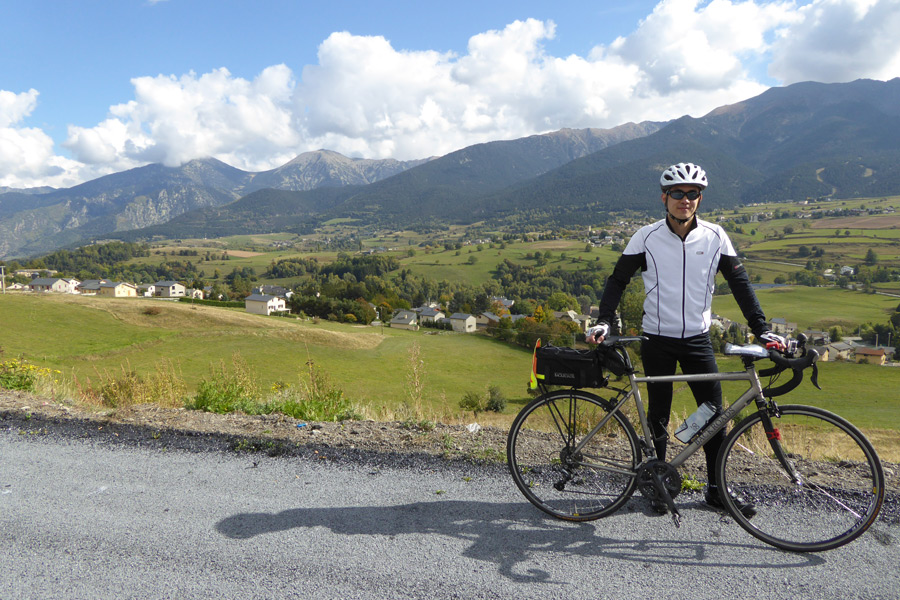 When we finally reached the top, Nestor was waiting for us. I was so spent that I actually considered riding down the mountain in the van, but there was that part of me screaming at myself, “you worked so hard and you are willing to give up the reward?!” I layered up again and bombed down the beautiful, winding road. It was about a 7.5 km exhilarating descent to our lunch spot. 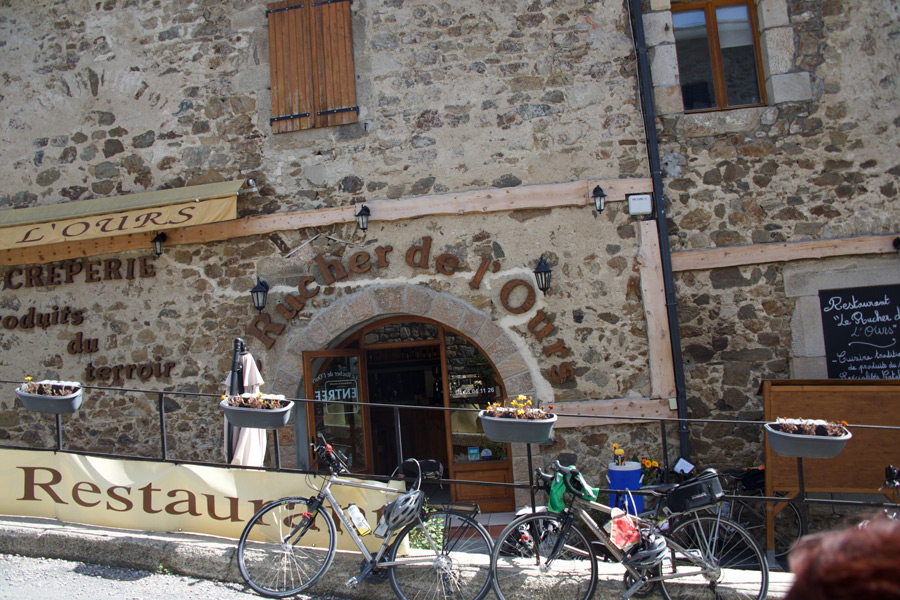 I was famished even though I stopped numerous times to snack. I must burn a lot when I am riding this hard. I scarfed down the crepes. This would be the only time on this trip that we would have the opportunity to share a meal with Nestor, the van leader. He shared some interesting stories and insights with us, sharing with us his observations on the differences between European and American Backroads leaders. In his view, Europeans that work for Backroads do so for different reasons than the Americans. Europeans like this work for six months of the year, and then having the opportunity to work on different projects for the remainder of the year, whereas Americans work for money. This means that they will work for 8-10 months of the year, to make as much money as possible, but this also means that American leaders burnout after 1-2 years whereas their European counterparts have been with Backroads for 10 years. I was going to tell him that this did not simply apply to Backroads leaders. I would say that Americans do have a tendency to put in long hours because they do want to get ahead in their careers, and money is an important motivating factor. The other comparison he shared with us is communication style. It’s challenging because it’s not uncommon for many people to live together in the Leaders House. In this region, there are 12 leaders residing in the Leaders House. He told us the story about how he saw an American leader at the gym, and he noticed that she had a very fit body. When he saw her again later, he told her that he really liked her body. This was not meant to be a come-on. He simply appreciated that she worked hard to have that body, but for North American women, that’s a come-on. Her response? She awkwardly thanked him and told him that he was very direct. Nestor explained that this is just the European way.

Shortly after lunch, we got back on our bikes and headed for the hotel. Most of it was downhill, thankfully. By the time we arrived, it was 4:30. There were four of us that rode back together. We were the second and last group. Even though we were “last”, I was proud of myself for doing the complete ride. In total, there were seven of us that opted for, and completed, the long option. I will probably pay for this tomorrow. Tomorrow’s ride will have a 20 km climb, and the weather is not looking favourable, with only a high of 10C and rain.