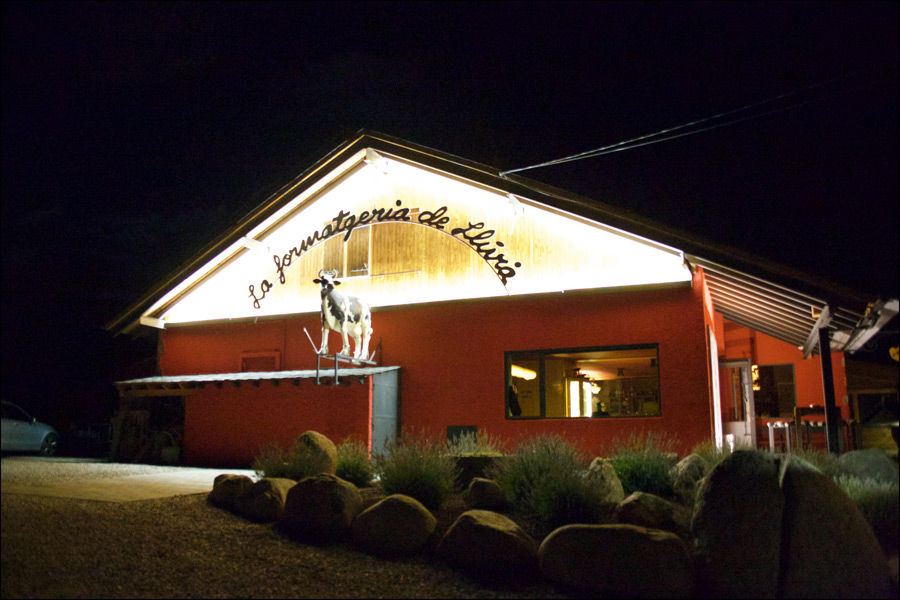 I slept much better last night, even though I opted out of having any wine with dinner. We dined at Fromatgeria, where we started the meal with fondue. Even though this fondue cheese had mushrooms mixed in, I am still not a huge fan of it. It is much too rich for me. I ordered the curry fish as my main. It was not over cooked, but it also didn’t have any wow factor. I was impressed by the presentation of the hamburger. It was like nothing I have seen before. This large piece of meat came sizzling on a hot plate. No bun. Just a big square of ground meat, with a slice of local mushroom on top. It resembled a meatloaf, but sizzling.

This morning, our ride began at 8:45, and we had to climb 20 km to reach La Collada de Tosses. This is an epic climb, which at 5,907 feet is one of the highest paved roads in the Pyrenees. Every muscle in my thighs were burning! I have a whole new respect for the guys riding in the Tour de France! The first 10 km was a breeze, on relatively flat terrain. Once the climbing started, the first 6.1 kilometers was brutal in terms of steepness. The heavy breathing started early. The remaining 14 kilometers was comparatively easier, but it was still climbing. During our ascent, I saw planes (gliders, I thought), and I could hear very loud booms in the distance, and I’d see smoke on some of the mountain sides. Turns out that the French military were practicing something. When we finally reached the top, I spotted military in fatigues hiding out on the roadsides covered by the trees and bushes. We spotted the Backroads van, and all the other riders trying to keep warm. The skies were grey, and the clouds rolling in looked ominous. 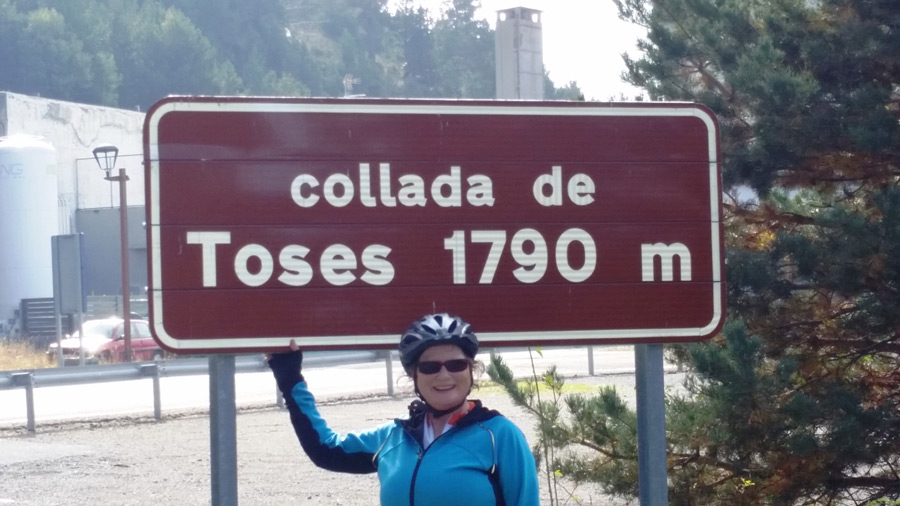 It was cold at this altitude, especially without the sun. Uri checked the weather radar on his phone, and indeed wet weather was working its way from the east, but it hadn’t hit our area yet. He felt we had time to ride down. After drinking some hot tea (more like warming my hands with the tea cup), hubs and I donned all of our layers before heading down. It was a 40 km descent, which I will say was a lot of fun, and we encountered animals on and at the side of the roads. It was funny seeing cows on the steep hillsides right next to the road, hidden by trees and bushes just like the military guys. I kept thinking, one wrong step and these cows would be sliding down! The only reason I spotted the cows was because I could hear their bells. I also worried about the animals on the road because there were so many curves. If a car was barreling around a corner…luckily no animals were hurt. 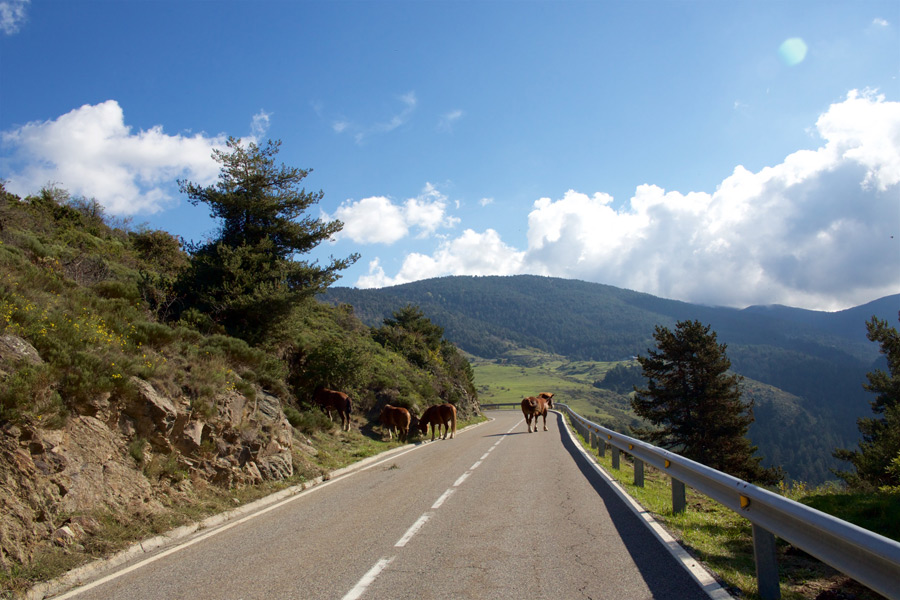 I’d like to mention that cycling in Spain is very pleasant. Drivers are very patient and courteous. Most drivers will even signal to pass cyclists, and signal to come back in to the lane, once they have safely passed. From the traffic signage I’ve seen, drivers must give cyclists 1.5 m when passing. Coming from Toronto, this was a treat to share the road with drivers.

Once we hit the 43 km mark, the sun was shining and the temperature was noticeably warmer, but the weather changed frequently throughout this ride, and I had to stop to add or take off layers today.

Lunch was on our own today, in the beautiful town of Ripoll, followed by a very interesting tour of the monastery. Our guide was engaging and clearly loved to share the history with us. She was not a native English speaker, but she did a wonderful job. 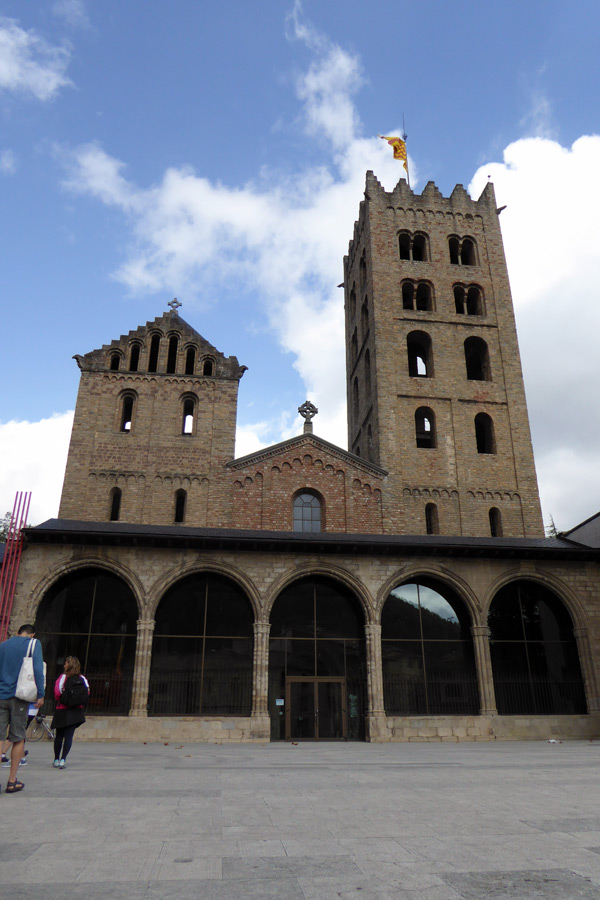 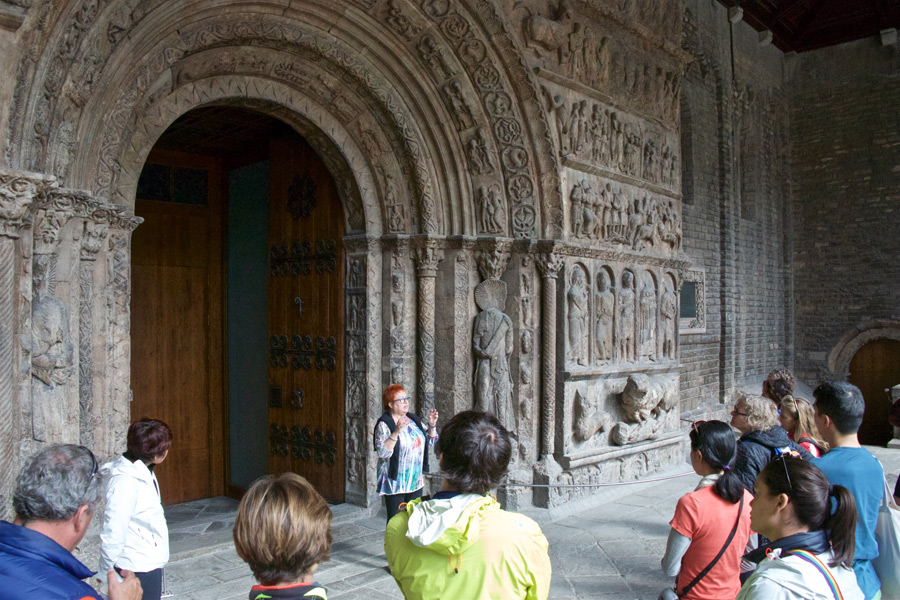 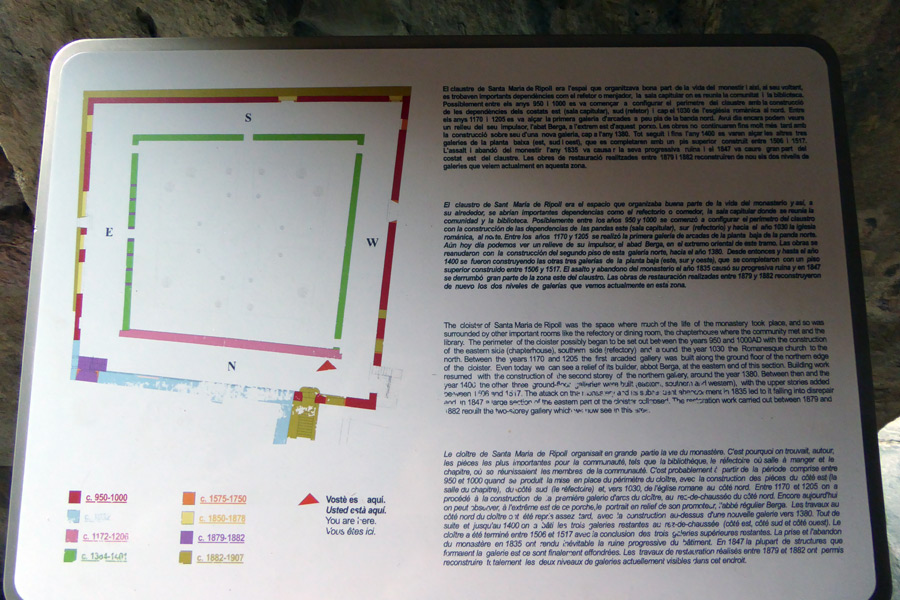 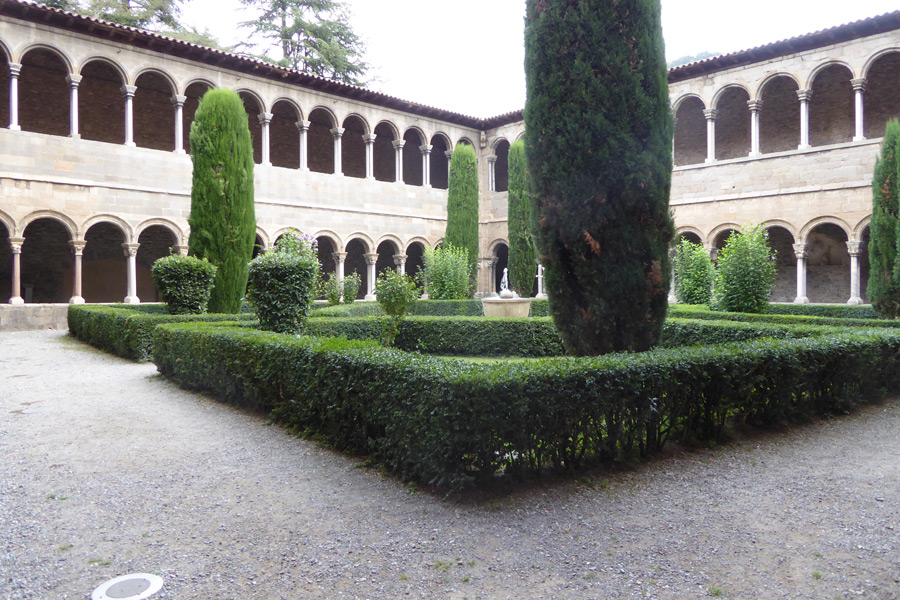 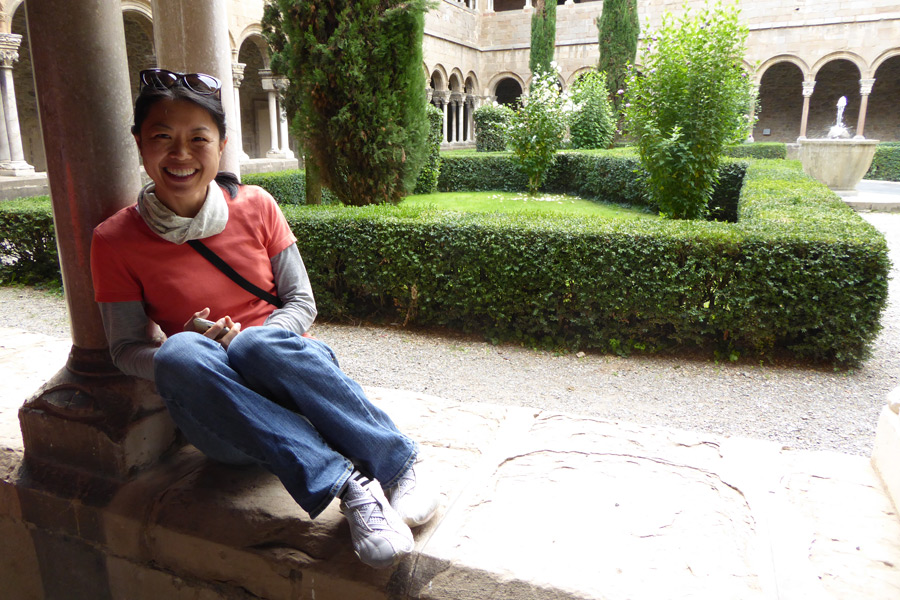 As the weather was not looking great and the head wind we faced riding into town turned us off, all but one of us decided to ride to the hotel (an additional 27 km). The rest of us piled into the vans. That one guest that rode with Martina (co-leader) was a 65 year old woman. She is a strong rider, passing me on some of the hills. She was on this trip with her 73 year old friend. I certainly hope that I will still be doing these rides when I reach their age – inspirational women! 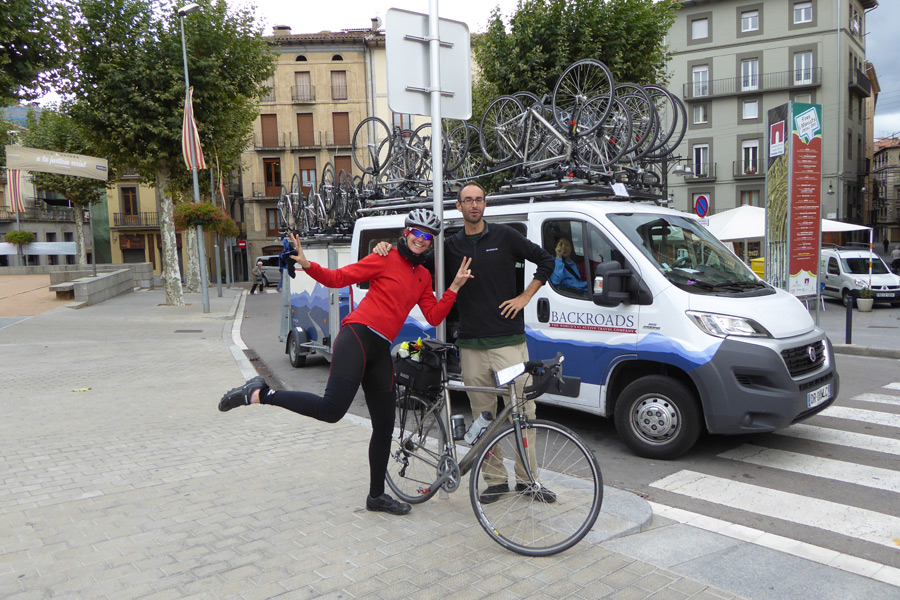 That afternoon before dinner, I had pre-booked a massage. It was less deep tissue and more relaxing, but that was good enough. Dinner that evening consisted of wine and tapas – fun! Both Martina and Uri must enjoy wine. They were the ones walking us through the four different wines, telling us about the region and the conditions that the grapes are grown in. They also provided us with some information about the wineries that produced the wines we were tasting. I love the labeling of wines in Spain. They are more fun and playful. My palate still needs time to enjoy Spain’s red wines. 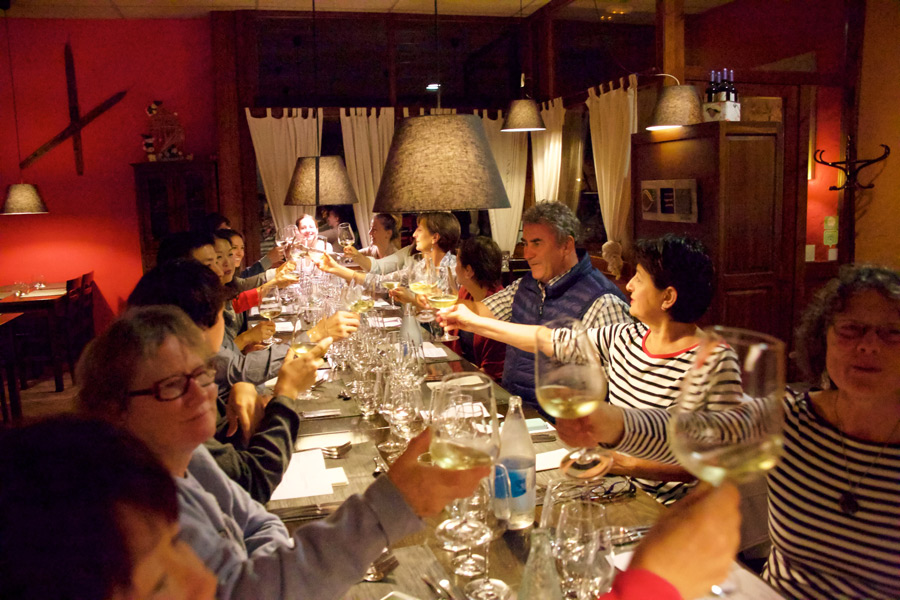 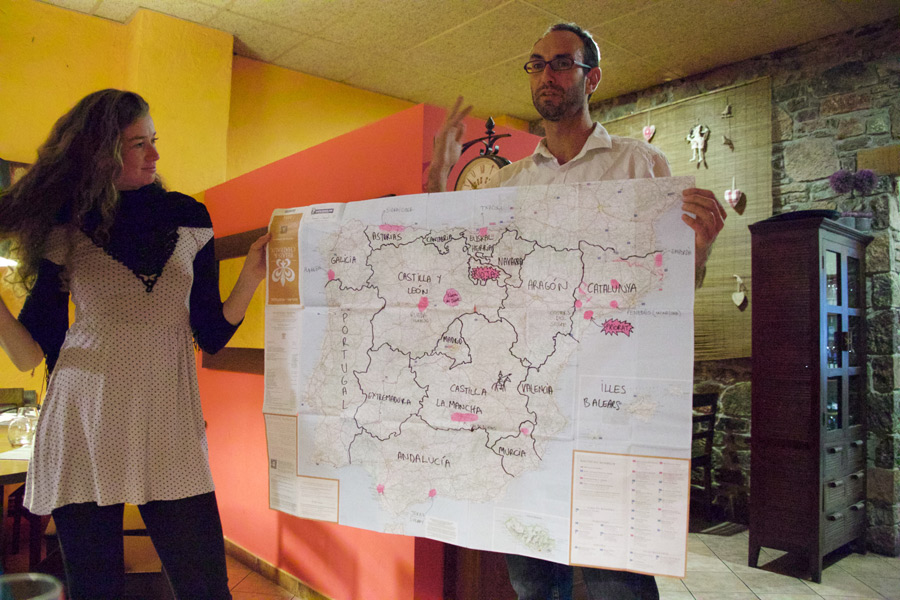 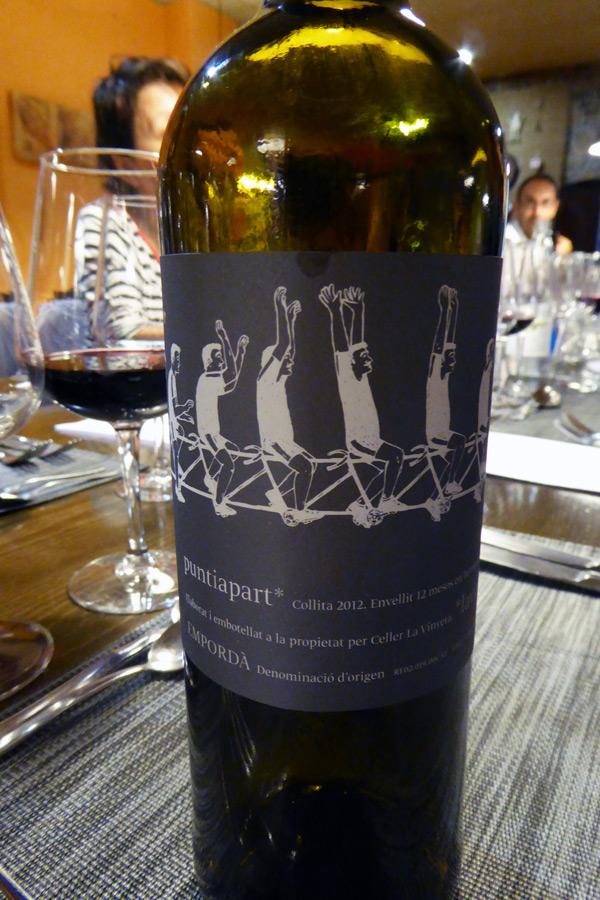 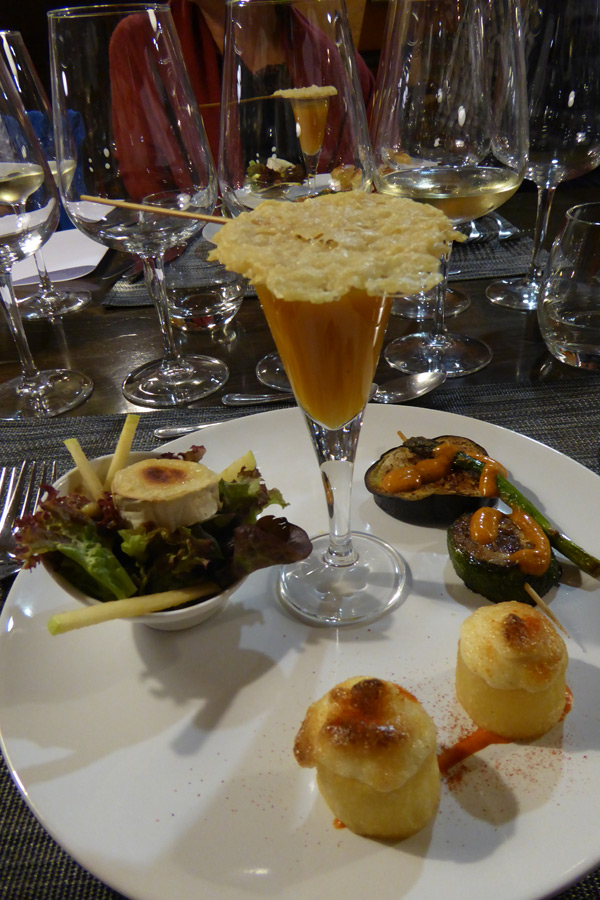 As soon as we returned to our room, I was ready for bed. It had been a strenuous day!