It’s 11:30 pm in Barcelona, and the dinner hour is in full swing. The streets near Andante Hotel, our digs for tonight, are lined with people walking around, lined up to get into a restaurant, or sitting at the outdoor tables. I’m sitting in our hotel room, feeling a little blue that I’m not out exploring Barcelona by night. But the truth is, I feel exhausted. I’ve felt this way since we arrived back in Barcelona this afternoon, and I’m not certain if it is because I am coming down with something, or if it is because it is the first time in six days that I’m not pushing my body to its limits – it is finally feeling the effects of all the riding.

This morning, we did our final ride. It was the easiest ride of the week – a 25 km loop, which was pretty much flat. When we rolled into the lot for the final time, my heart felt heavy. I didn’t want the trip to end. The feeling was very similar to the final ride in Croatia. You just want to keep riding. Last night, at the farewell dinner, Uri asked us to think back to the first day when we were asked to give one word to describe what we hoped to get out of this trip. My word was adventure, and it was a great adventure; however, my parting word also included proud. I am so proud of myself for my accomplishment. When we booked this trip, I was worried that I would spend more time in the van than on the saddle. I surprised myself by completing all the long options. Some of the distances were greater than I thought I could accomplish, and there were some days where I thought the climbs would kill me, but I stuck with it every day. 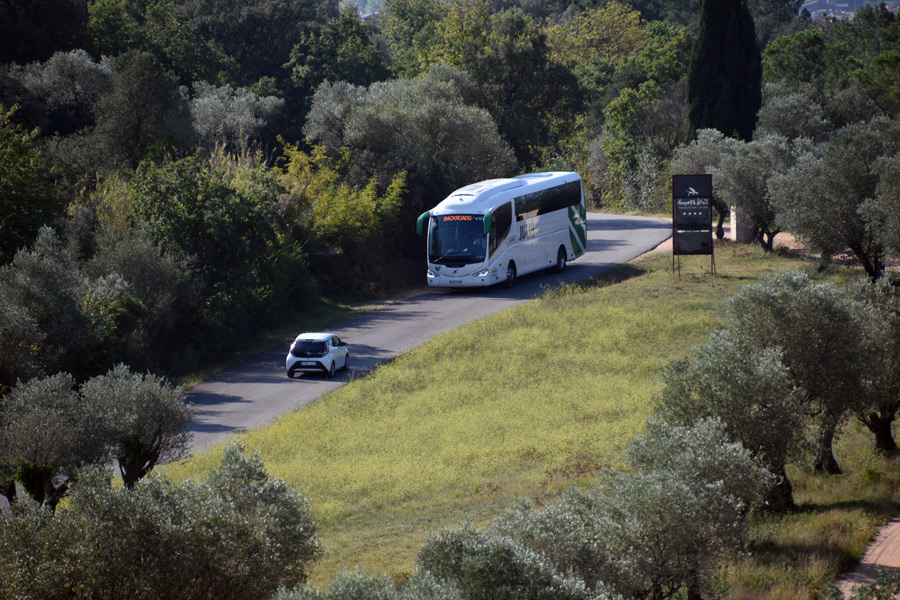 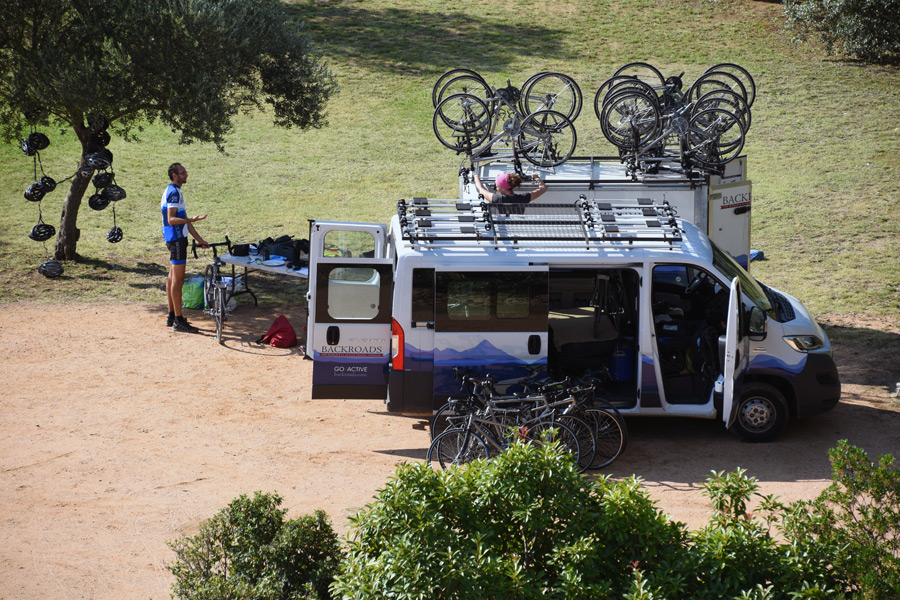 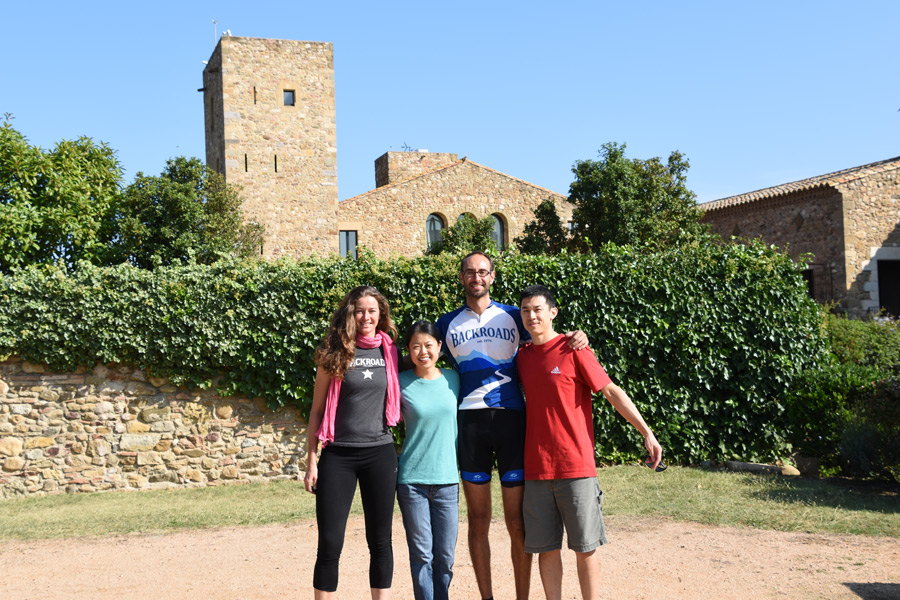 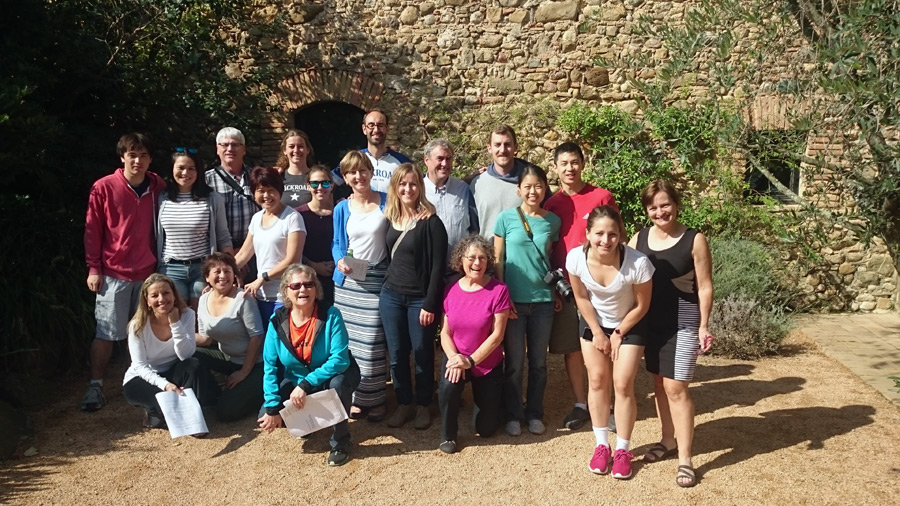 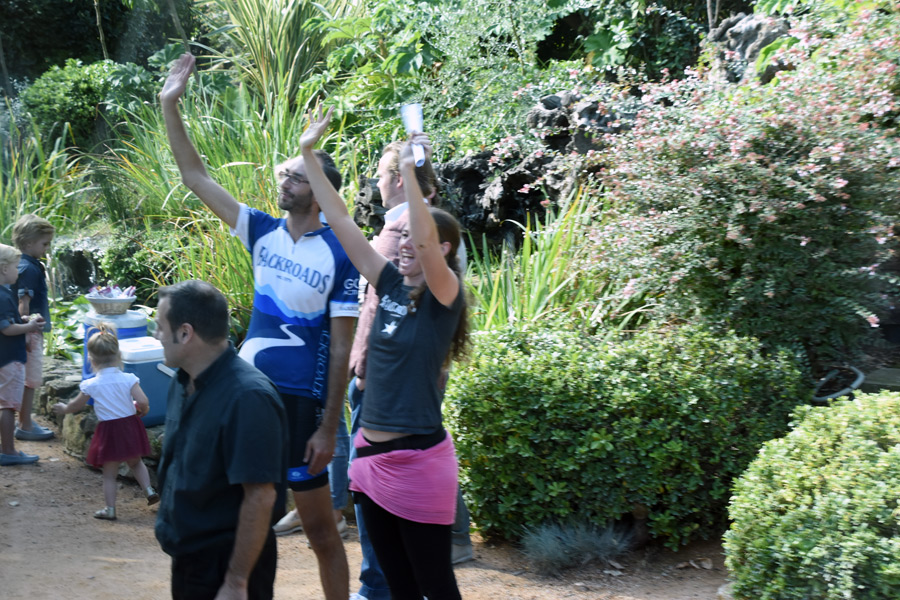 We were dropped off at the Franca train station at 2:00 pm, and after our farewells, hubs and I jumped into a cab and checked into our hotel. I was famished, so we chose one of the options that Uri and Martina suggested, 7 Porte, and we filled our bellies with a seafood paella, Catalan cannelloni, and tomato bread. The service was slow, so we finished lunch late, probably around 4:30 pm. Then we ventured down to the metro, to get to Bodevici because I really wanted to try a popular beverage in Spain known as Horchata or Orxata. This is a drink made out of chufa. It turns out that this was a very sweet drink, but I’ve read about the benefits of chufa.

Our plan was to head back to our hotel, and just walk around the streets nearby before our dinner plans at 8:00 pm; however, I was completely worn out by the time we returned at 6:30 pm, and I passed out. Hubs woke me at 7:20, and we got ready to head back out for more food. I joked about how I have converted and adapted to Spanish culture – eat, drink, siesta, eat, drink, sleep.

I had found this underground dinner spot – Hidden Factory – and booked it before we came to Spain. It is hosted in a beautiful industrial loft by Xavier and Nico. It turned out to be a private dinner. Hubs and I were the only guests tonight, so we had the opportunity to interact with Xavier and Nico. I’ll include a photos of a couple of dishes as a teaser. Getting to the location is part of adventure. The key word is “industrial”. 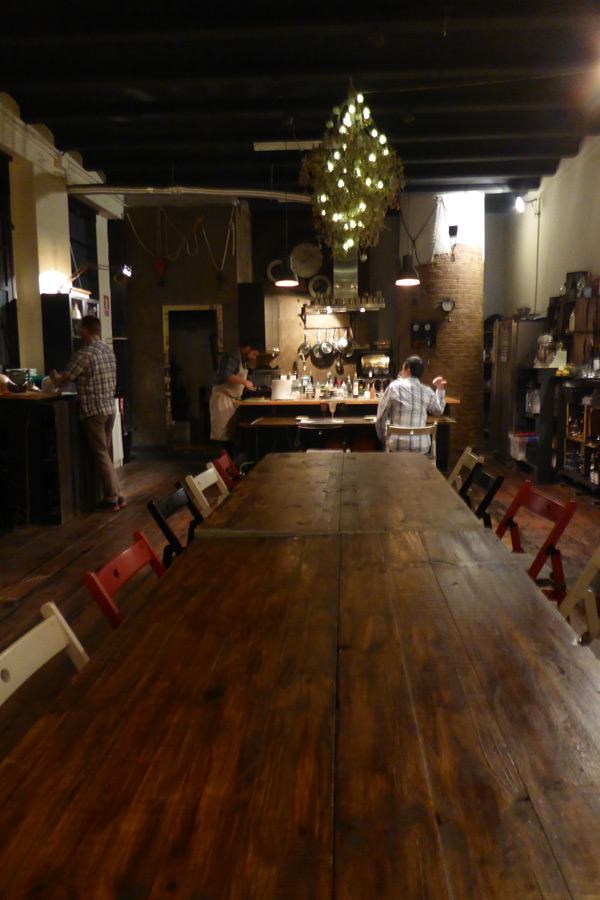 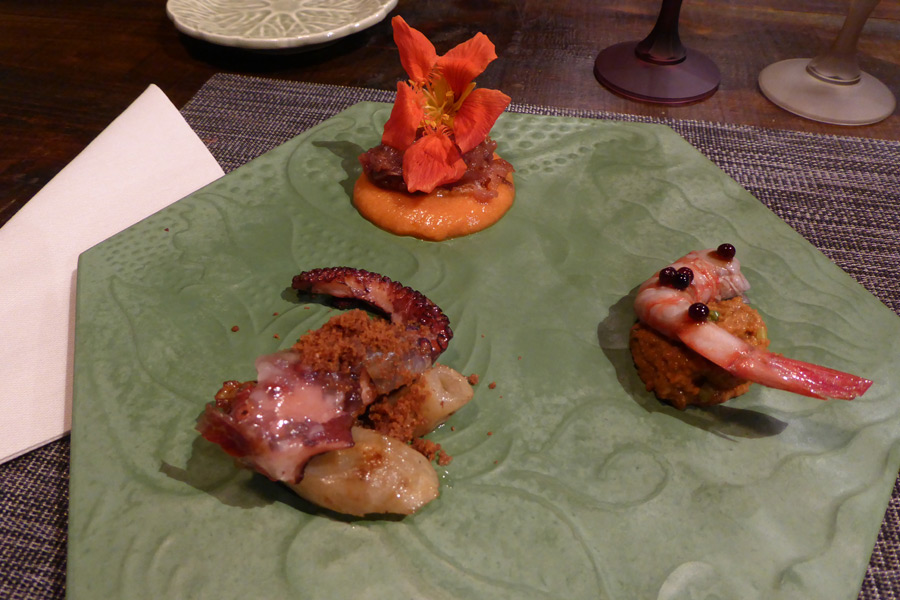 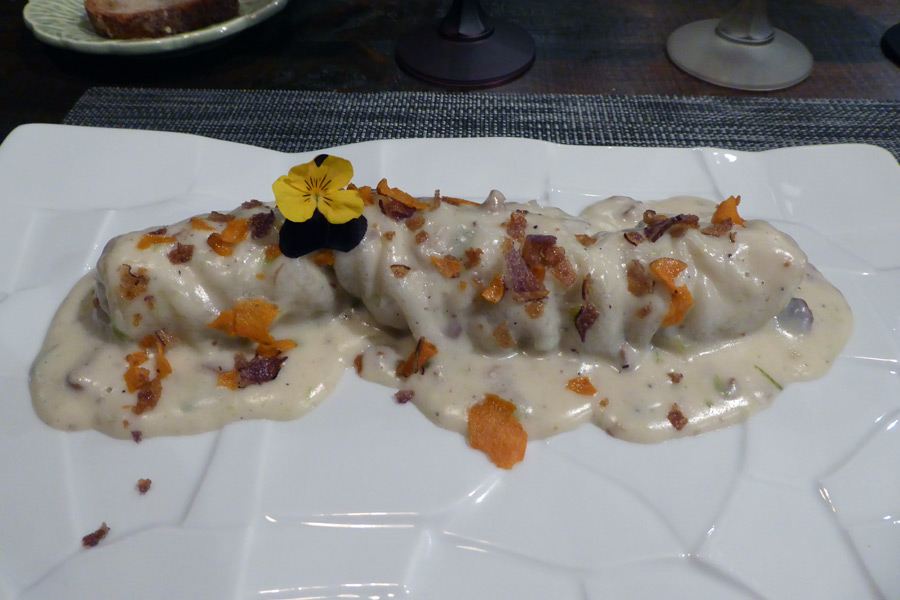 The dinner was absolutely delicious, with fresh ingredients from the market. Our hosts put a lot of love and thought into the dishes, playing on the Catalan history and architecture. Ingredients included octopus, prawn, beef, porcini mushrooms, foie gras, duck, roasted tomatoes, and salted cod. We were absolutely amazed that the plump and tender cod was originally cured and dry as a ham! They started the meal with vermouth (I’m now a huge fan of vermouth that has been infused with herbs), and the rest of the meal was paired with a local white and red. Dessert was served with a digestif. The canalloni was phenomenal compared to the one we had at lunch. I would highly recommend spending an evening with Xavier and Nico.

Tomorrow, we fly to Sevilla. Xavier has suggested we try oxtail when we are there. I’m thankful that our flight is late in the day. I won’t have to set the alarm for 7:00 am, like we’ve been doing for the bike rides. Our only concrete plan tomorrow is visiting Sagrada Familia and climbing the towers.