We started the day by boarding a shuttle and heading to the shores of the Ionian sea. The waters looked cold and a little rough, but one of our group members was brave enough to immerse himself in the frigid waters. After the route wrap, and an iced espresso, we rode eastward towards the Adriatic sea. 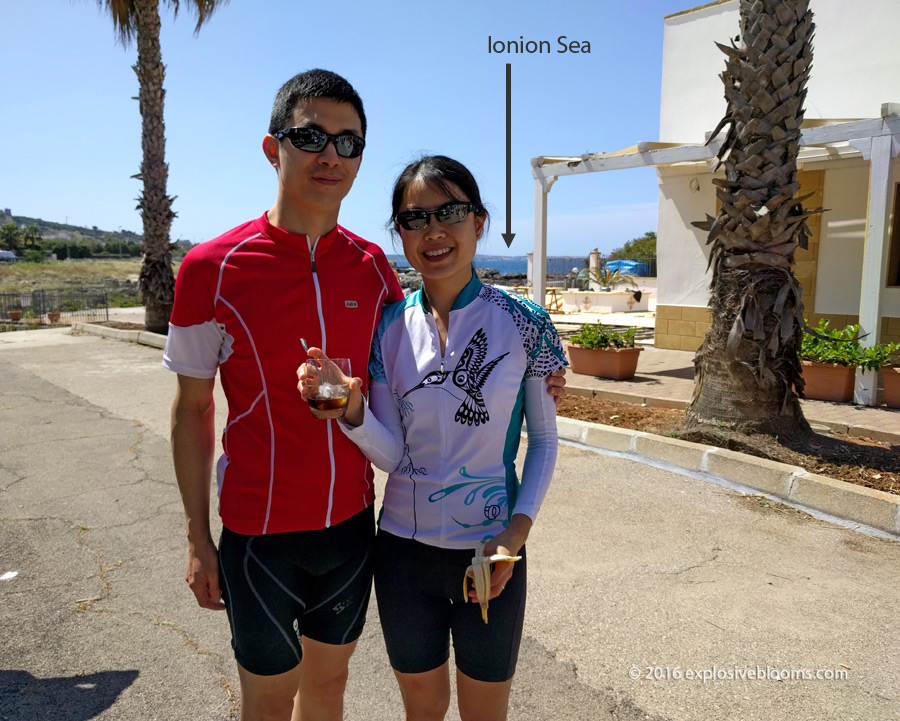 Surprisingly, it was an easy day for me, or perhaps my legs are getting stronger. The views were superb, likely the best of all the Backroads trips so far – hard to really say.

We rode 35 km to our lunch spot, Agroturismo Le Site where our hosts cooked enough for a small army. They prepared a smorgasbord of antipasti dishes for us to enjoy. We had choices for our primi and secondi. I opted for the fava beans and pasta dish to start, and I had grilled horse as my main. The other options were veal and pork. We were told that horse was a local meat in this region. The fresh loquat fruit for dessert was addictive, with a flavour and texture similar to a persimmons, but the size is much smaller, closer to an apricot. 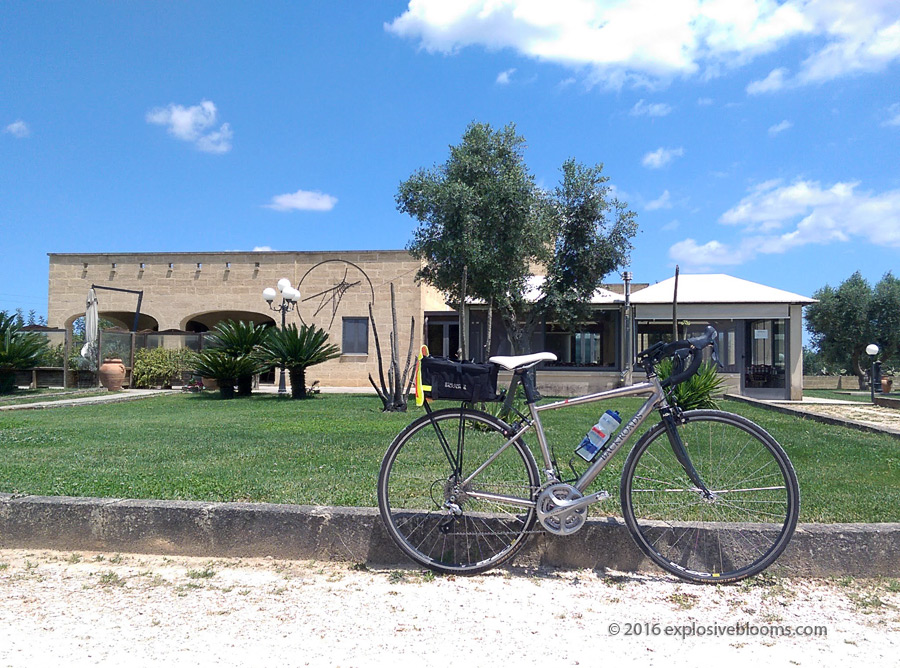 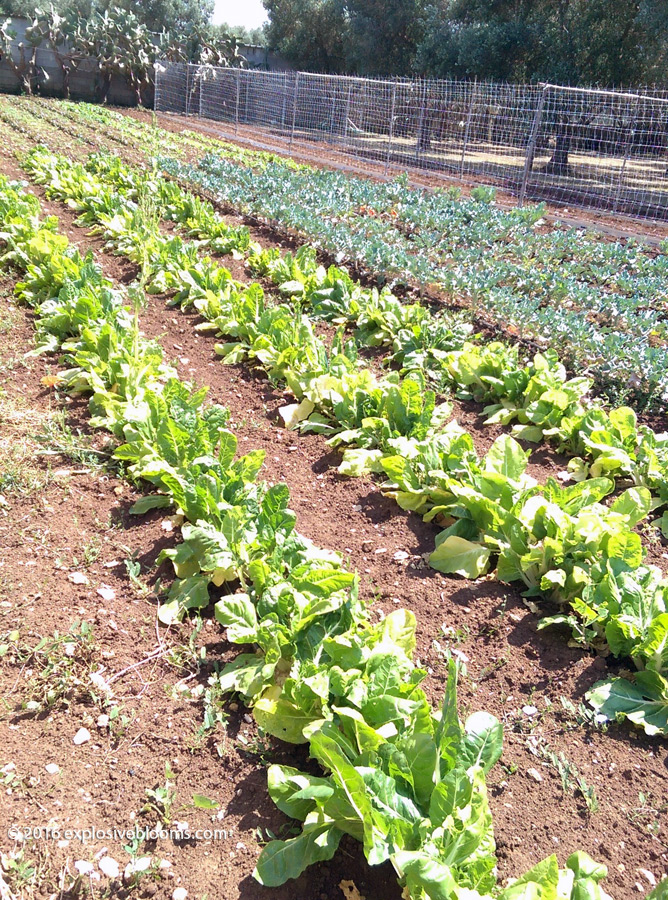 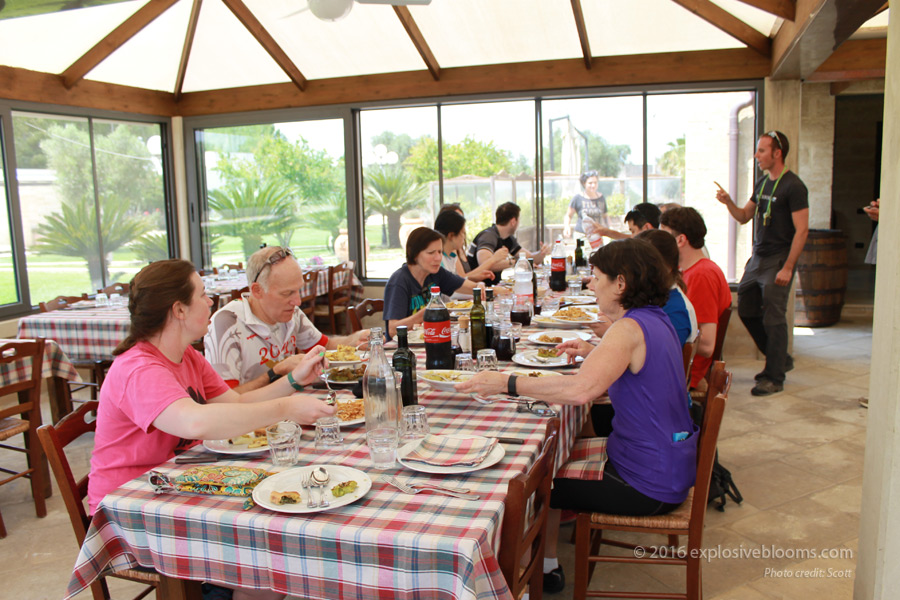 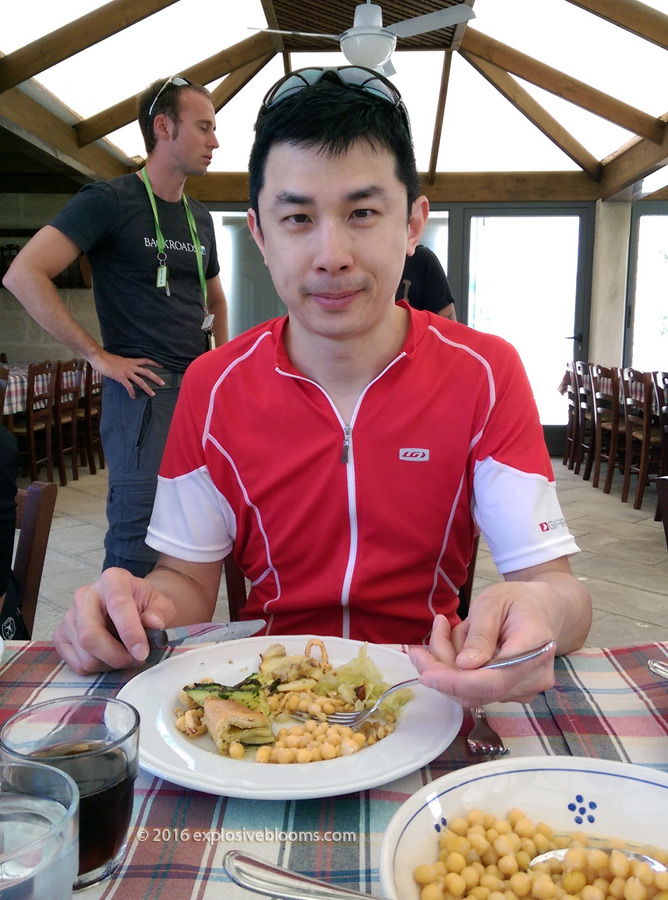 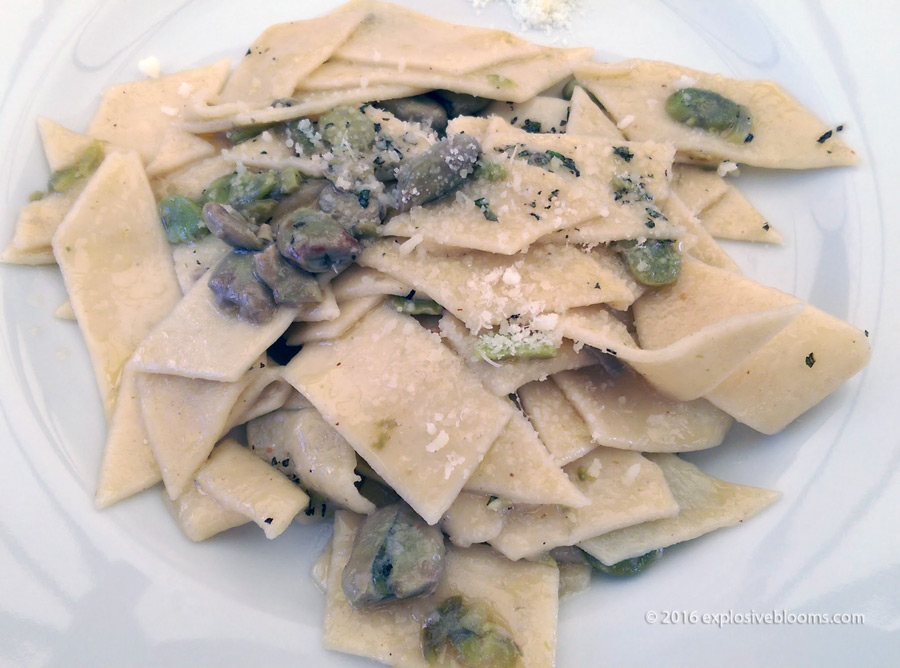 The afternoon ride was longer, taking us into the lake region. We had the option to swim in a lake or the ocean (Adriatic). I was not up for swimming, but my feet were really suffering and this stop was a God send. My feet were very swollen from being hot, so they were hurting with every pedal stroke. As soon as I saw the parked BR van in the cutout, I rode up and stumbled off my bike and tore off my cycling shoes and socks. Hubs and I walked down to the beach, which was a picturesque sandy beach. The sand was so fine and soft between my toes. Most importantly, I needed to dip my feet into the cold, refreshing sea water. It was so soothing! 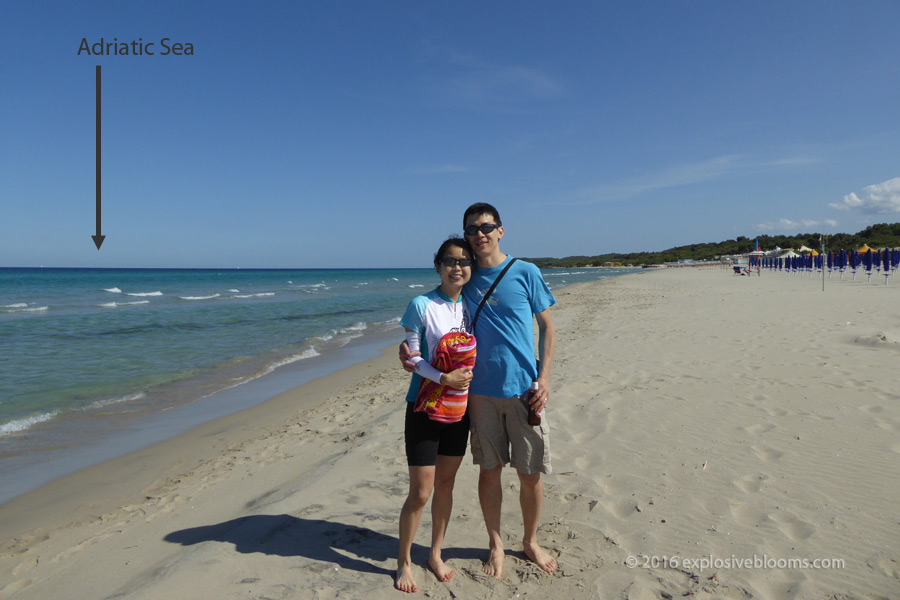 As soon as we got back on our bikes, I had a renewed energy. Hubs was having difficulty keeping up, but he also had a beer at the beach. Those last 24 km were challenging for him, especially the climbs. Somehow, the climbs seemed really easy for me. It’s all about the pain-free feet! 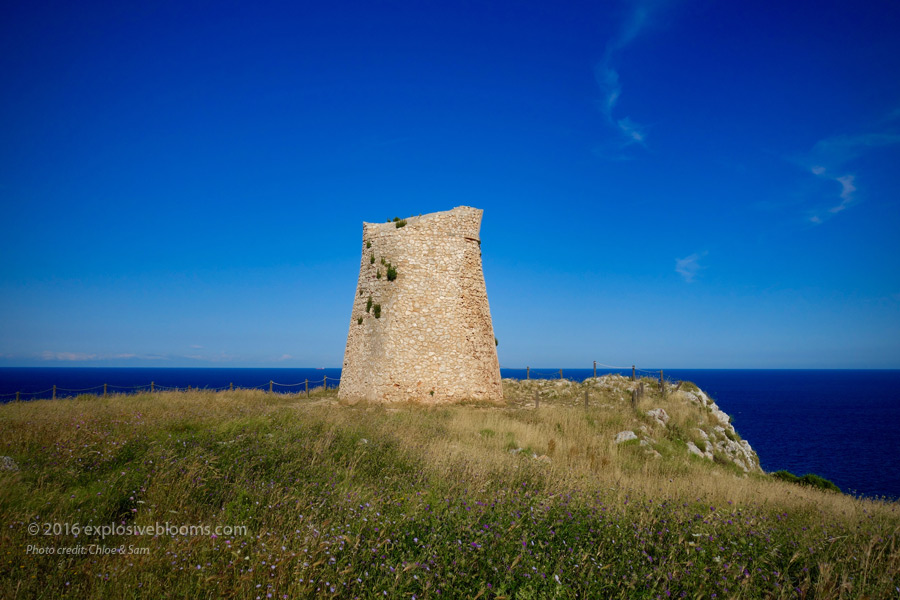 Dinner was on our own tonight. We were shuttled back to Otranto (our ride had briefly taken us through the town today), and provided with a list of recommended restaurants. Hubs and I decided to try L’Altro Baffo, a quaint little restaurant tucked into a quieter alleyway near the castle. But before arriving, Gérald had suggested we go up on the wall before the sun set, where we had some stunning views of the harbour. 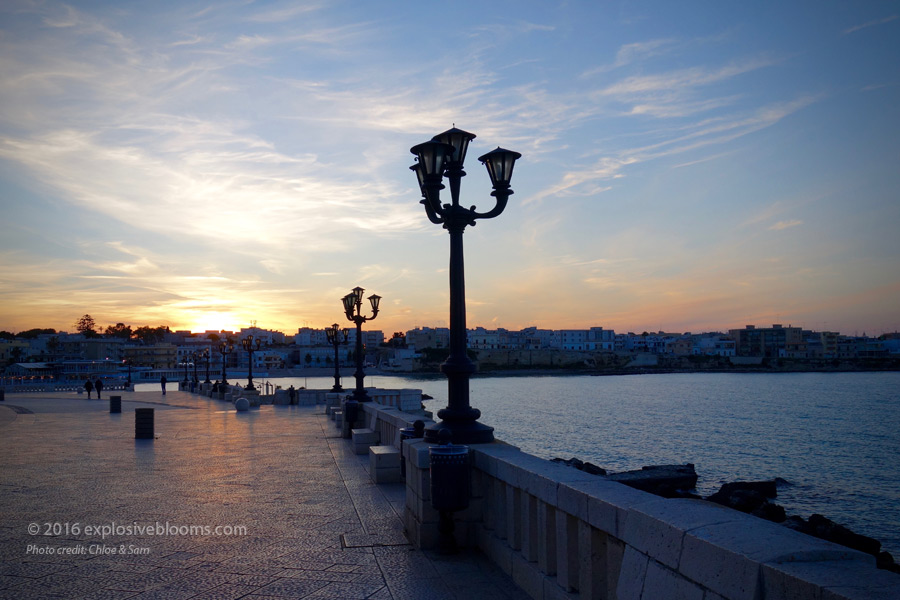 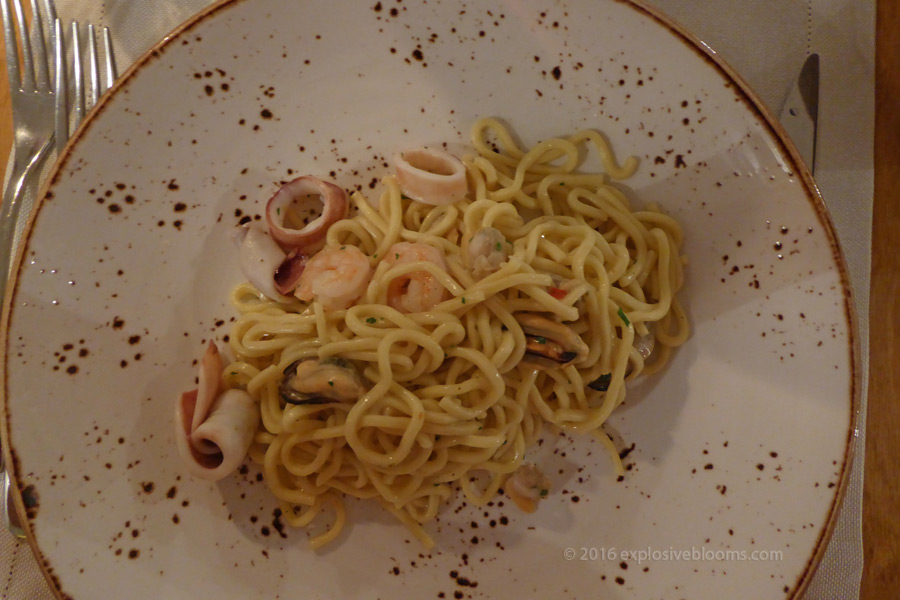 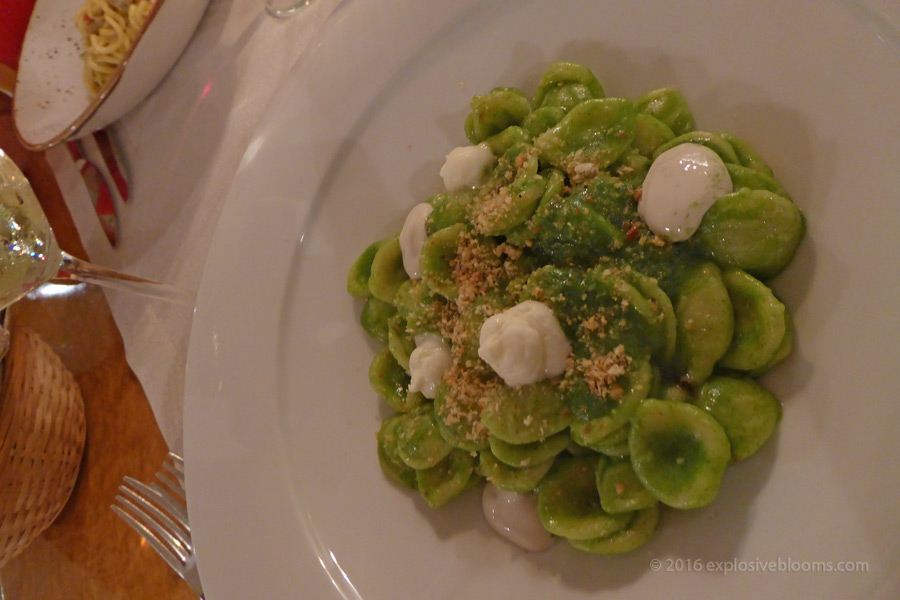 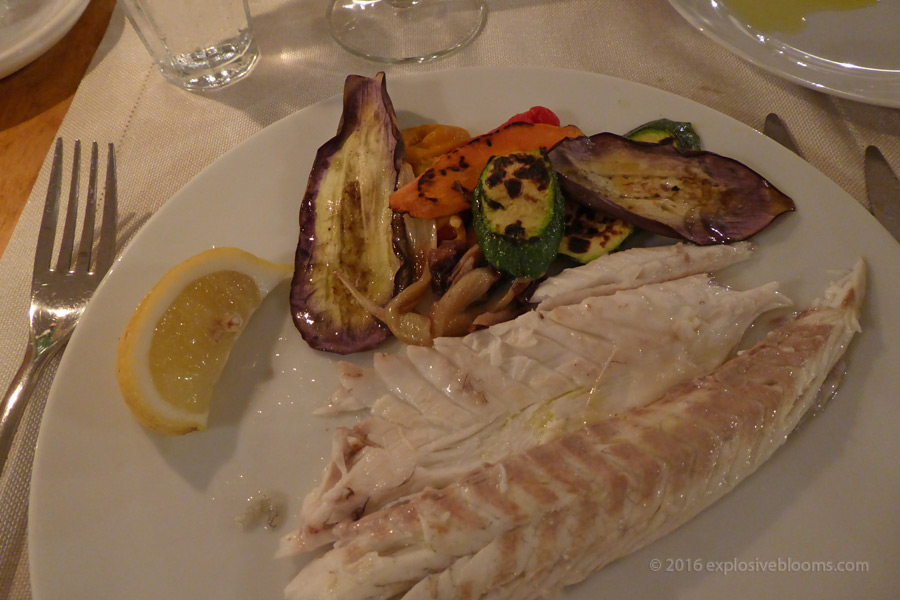 Tomorrow is another tough day, we’ve been told. I’m so tired. Hubs says the sleep deficit is finally catching up because this morning I could barely get out of bed. Thankfully we are staying put here at Le Capase for two nights. It’s a really nice resort. Our balcony faces the Adriatic sea and the infinity pool. The orange moon shimmering over the sea was gorgeous!

If I wasn’t so exhausted, I’d be on the lounger on the deck, gazing at the stars.

Hubs might have caught a cold. He might not do the long option tomorrow, which is unlike him. He said it will give us time to hang out here. I did comment today that we never have time to relax and enjoy the hotels when we are on these cycling holidays, because we always opt to do the long option. But at the end of the day, isn’t it all supposed to be about the riding?