Final rides with BRs is always so sad. The ride is usually flat and too short. Hubs and I didn’t want to change it up, so once again, we were the last to ride out of the lot, and we soaked in as much of the gorgeous scenery and sea air as we could. We didn’t stop to take photos today – everything is captured in our memories.

After arriving back where we started, Pablo asked us to start stripping down our bikes. We removed our saddles and pedals, emptied out the trunk bags, emptied the water bottles, and headed back into our room to pack. I spent a moment on our balcony for the final time, looking out to the ocean, and admiring the beautiful resort grounds. 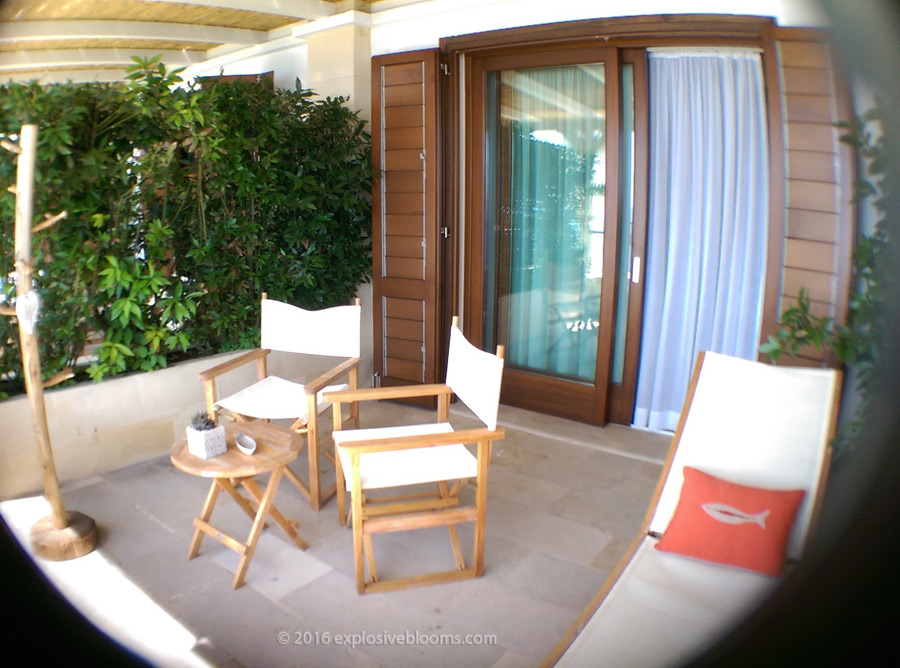 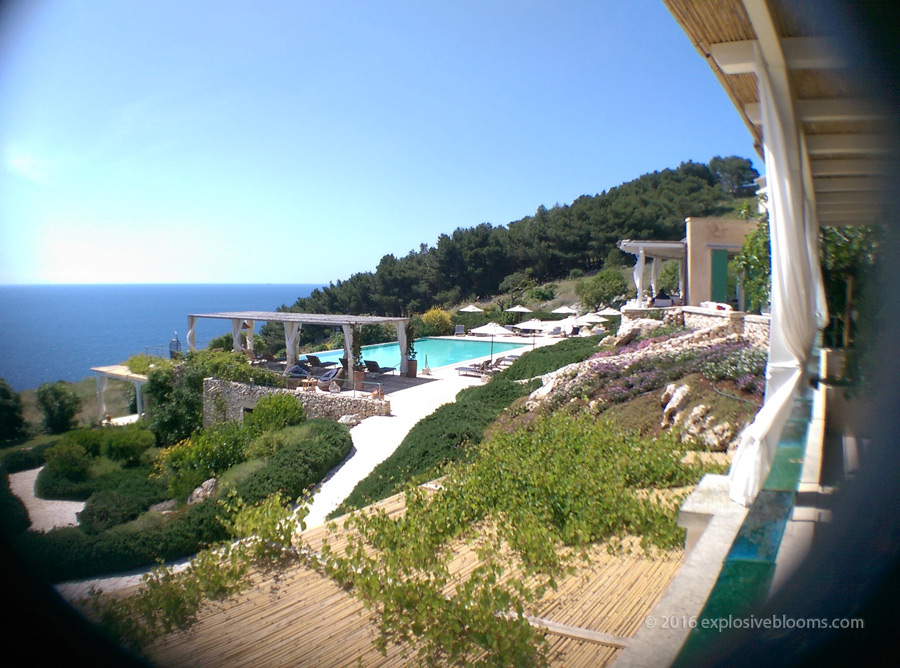 And then hubs reminded me that we still had the open bottle of white wine from yesterday’s lunch. We can’t let that go to waste! 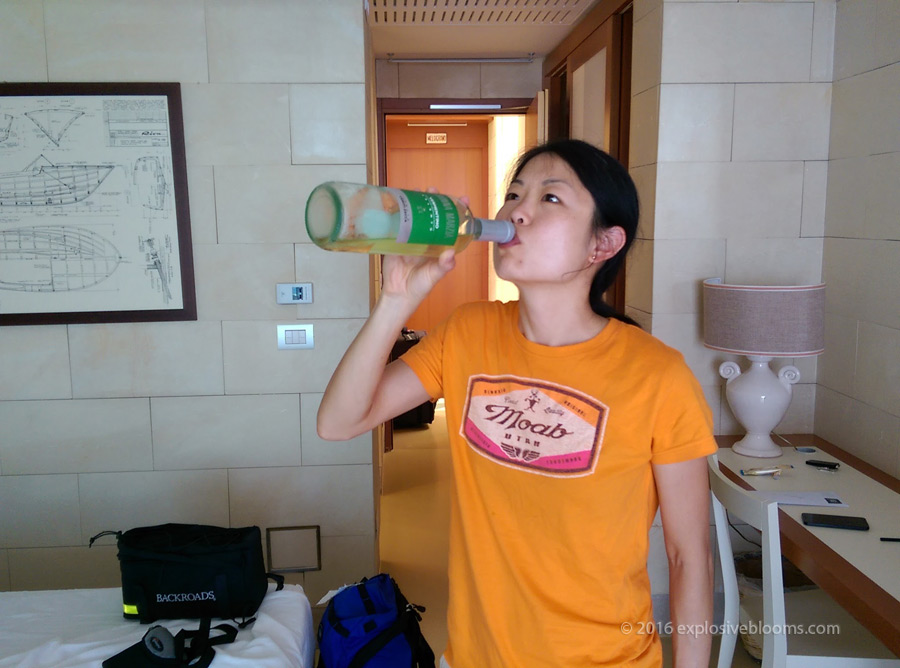 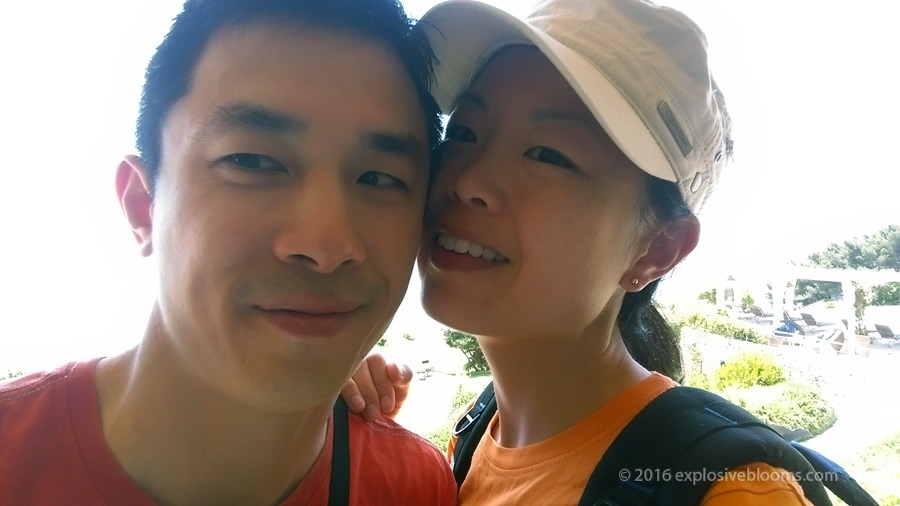 The final farewells before boarding the bus took a while. There were lots of hugs and sad smiles. Gérald stepped on board and thanked us on behalf of himself and Pablo. As I write this, I miss those two already. 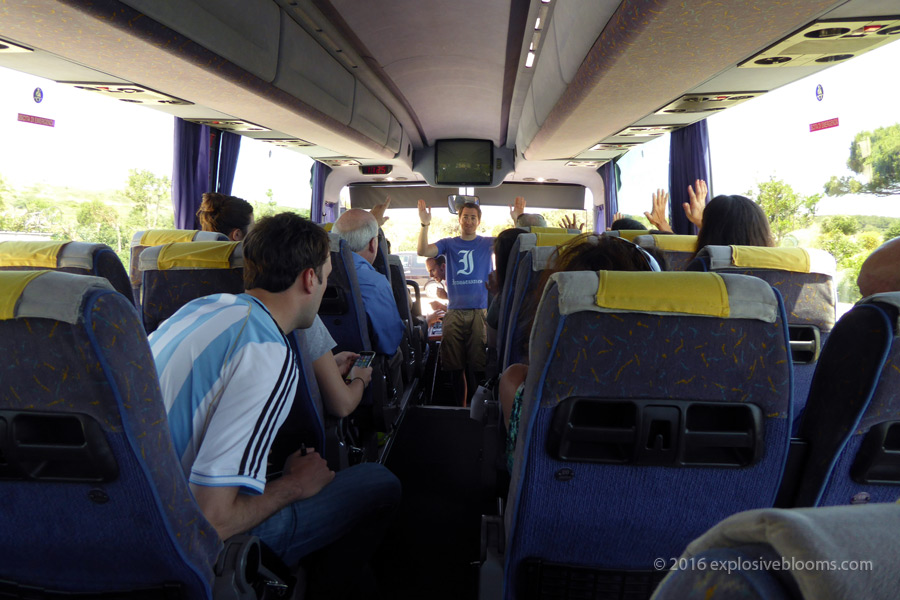 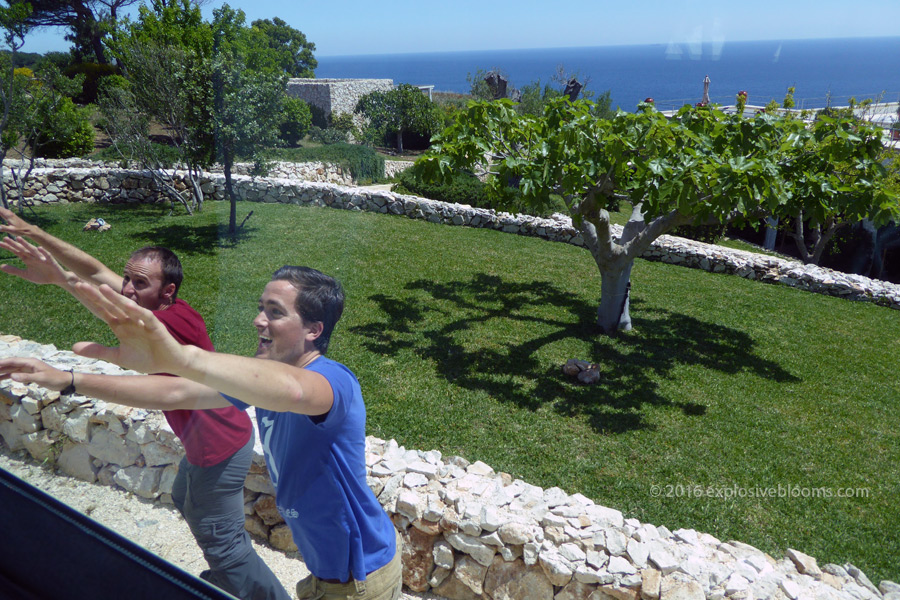 The trip had been excellent. The only thing I would have changed was the departure options. What we learned from the other guests on this trip was that almost all of us were headed to Naples and the Amalfi Coast. The bus hired by BR was taking us all to Lecce station. The transportation options from Lecce to Naples is not particularly straight forward. Over several dinners, we learned that one couple was forgoing the ride today in order to catch a taxi (private driver) to Naples. The drive would be approximately four hours, and they wanted to arrive earlier in the day. Other people had asked the concierge at Le Capase to arrange car rental for them in/around Lecce, and then there were people like me and hubs that were going to catch a train. If you look at a map, you would think it would be pretty straight forward to get from Lecce to Naples, but it’s not. Hubs and I had arranged to spend the night in Brindisi, while others were taking the train to Naples through other cities.

The bus ride to Lecce took about 45 minutes. Once again we said goodbye to our fellow group members, and purchased our train tickets to Brindisi. The train was leaving in 12 minutes, but when you have heavy luggage and no elevators, it’s a mad, stressful rush. I managed to carry my luggage down the stairs, but was struggling to get it up the stairs. Luckily a nice man helped carry it for me and hubs and I jumped on the train just in time.

Brindisi is a city in the region of Apulia in southern Italy off the coast of the Adriatic Sea. It has been known as the «Gateway to the East» since ancient times, when it became an important port, first for the Roman troops, and later for the merchants of Venice.

Like all ports, Brindisi has its seamy side, but it’s also surprisingly slow paced and balmy, particularly the palm-lined Corso Garibaldi, which links the port to the train station, and the promenade stretching along the interesting seafront.

According to WorldAtlas, Brindisi has a population of 78,548 making it the 7th biggest city in Apulia.

We arrived shortly after 1:00 pm, and since our accommodations, Santo Stefano Luxury Apartments, wasn’t too far from the train station, we decided to walk. My first impression was that this was a city with nothing going on. The storefronts were all closed and the streets were almost devoid of people. I was glad we were only staying one night. The short walk seemed long only because it was hot, and the limestone roads made rolling our luggage cumbersome, but we finally arrived. Hubs called Alessandra to let her know that we caught an earlier train and had arrived sooner than expected. She showed up within 10 minutes and checked us in. The building seems very high security, and as soon as we stepped into our apartment, I was impressed. It was an actual apartment! It also appeared quite new. It was modern, clean, and spacious, with a large balcony. (Note: the balcony is shared with one neighbour, but it’s still quite private). 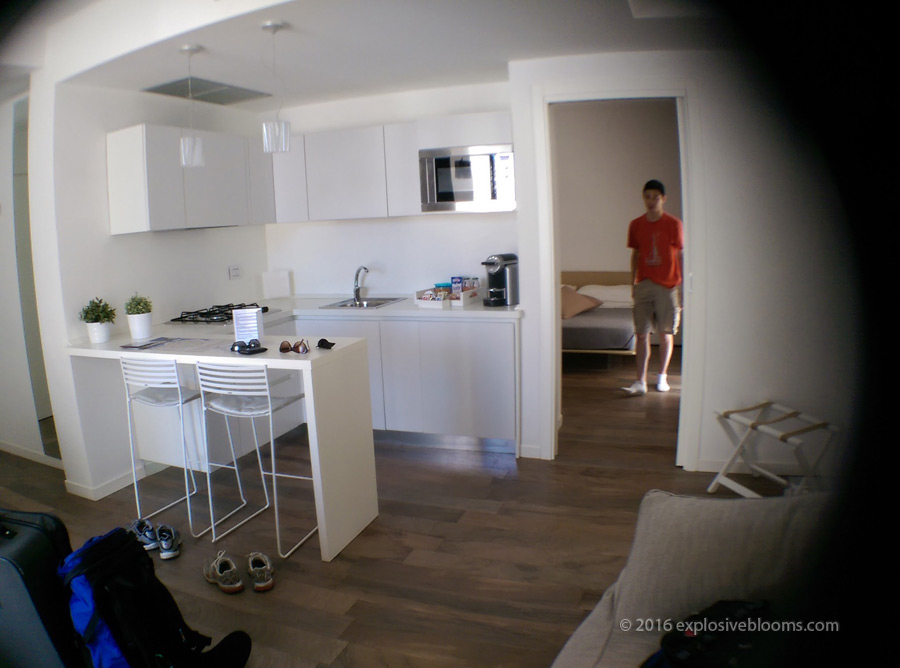 Alessandra provided us with a map of the city, and recommended some restaurants for lunch and dinner. She is very kind and professional. We cleaned up a little, and headed out to grab something to eat. I was famished! It was close to 2:00 pm, and I hadn’t eaten since 7:30 am. There are only two main streets in this part of Brindisi, so there isn’t much chance of getting lost. We made our way down to the waterfront and decided on Betty Cafe as it was open, and it had an outdoor patio. 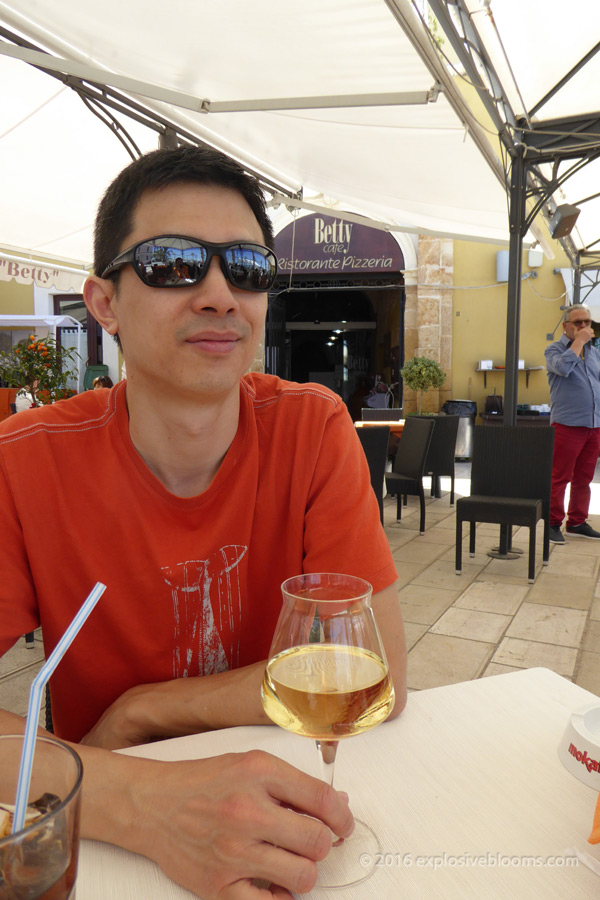 Note that the streets were still fairly quiet, and there were only a few tables of patrons at Betty Cafe. It was peaceful, with views of the water. We have become accustomed to automatically ordering a half litre of wine with every meal, but today we decided we wouldn’t order as much food, so we thought. We each ordered a primo plus a contorno (side) of salad, again, so we thought. My linguine with prawns was absolutely delicious, and not simply because I was famished. The chef did a magnificent job of infusing the intensely fragrant prawn flavour into the sauce, which coated each noodle. And the prawn was so succulent. The shrimps were also very sweet, which could be an indication that they are fresh. Hubs was also happy with his seafood spaghetti, but he liked my dish better. 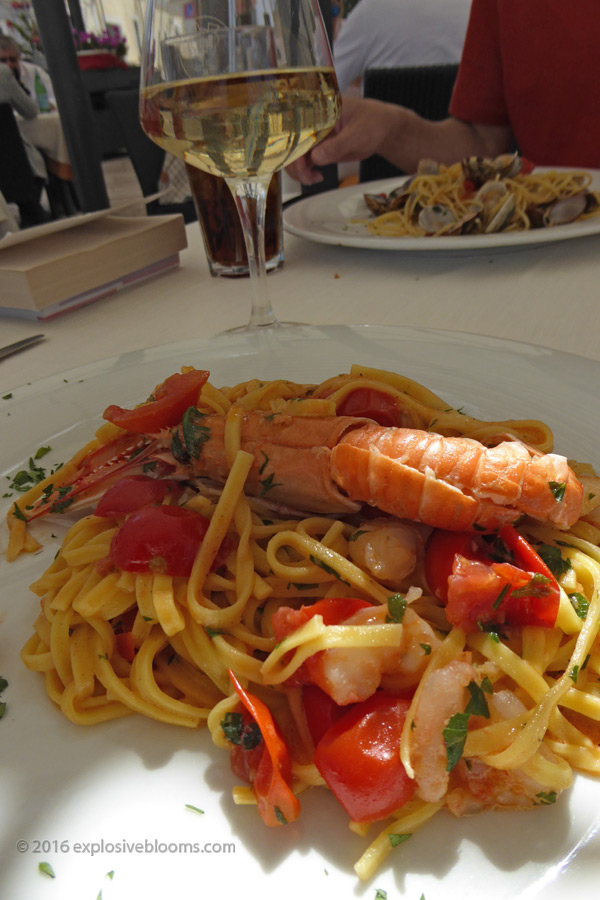 Then came our bowls of salad with tuna and octopus. I ordered the salad because when it’s hot outside, I crave salads, and sometimes, I have a craving for canned tuna on my salad. The octopus was a bonus. Looking back, I’m not sure if I knew it was included or not. When you order salad in Puglia, the waiter will always bring a bottle of olive oil and some type of vinegar to your table, but I didn’t need to dress my salad. I could taste some lemon on the octopus, and there was already a bit of saltiness from the tuna in the salad. 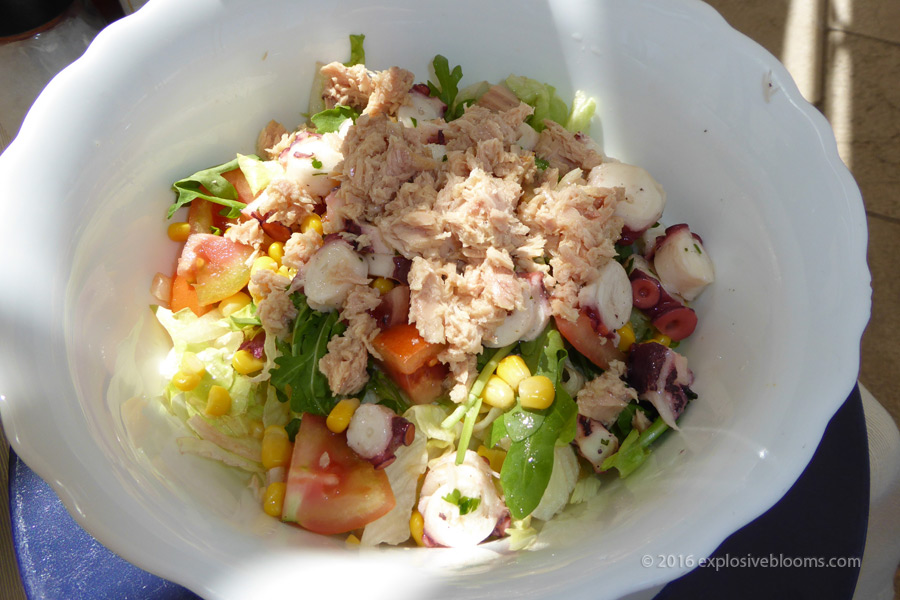 The portion of pasta, though it’s a primo, was a meal in itself. This wonderful salad is not a small side or appetizer portion. It’s also a meal in itself. I ate as much as I could, but could not finish the whole thing. 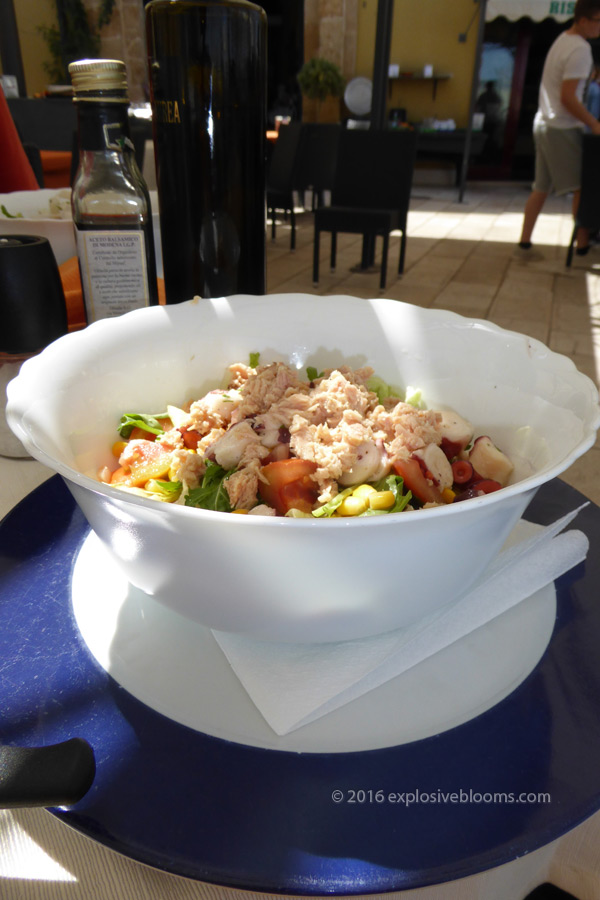 After an espresso, we continued to walk along the water before heading back to our apartment for a rest. 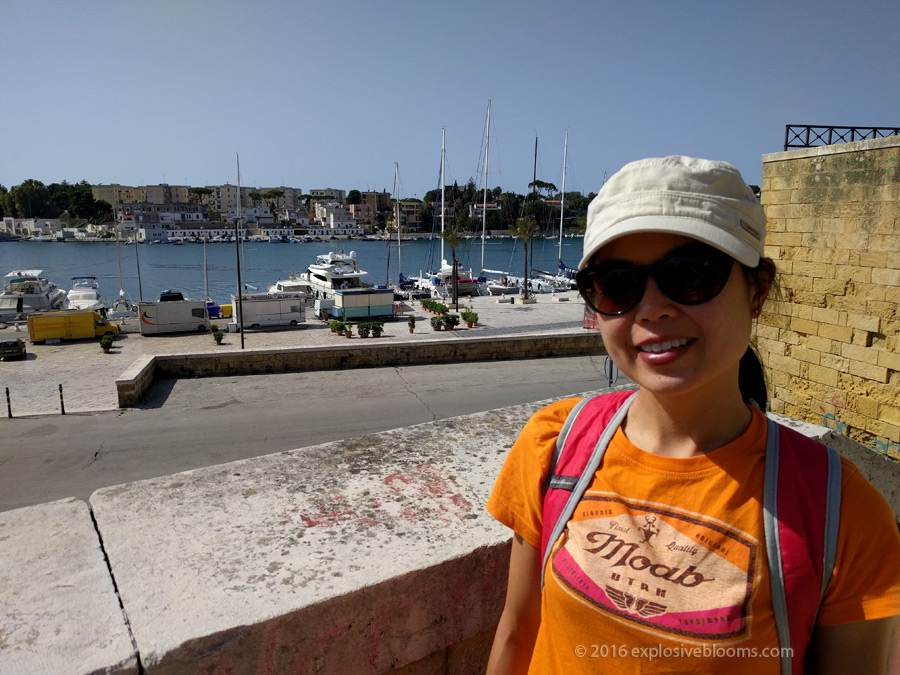 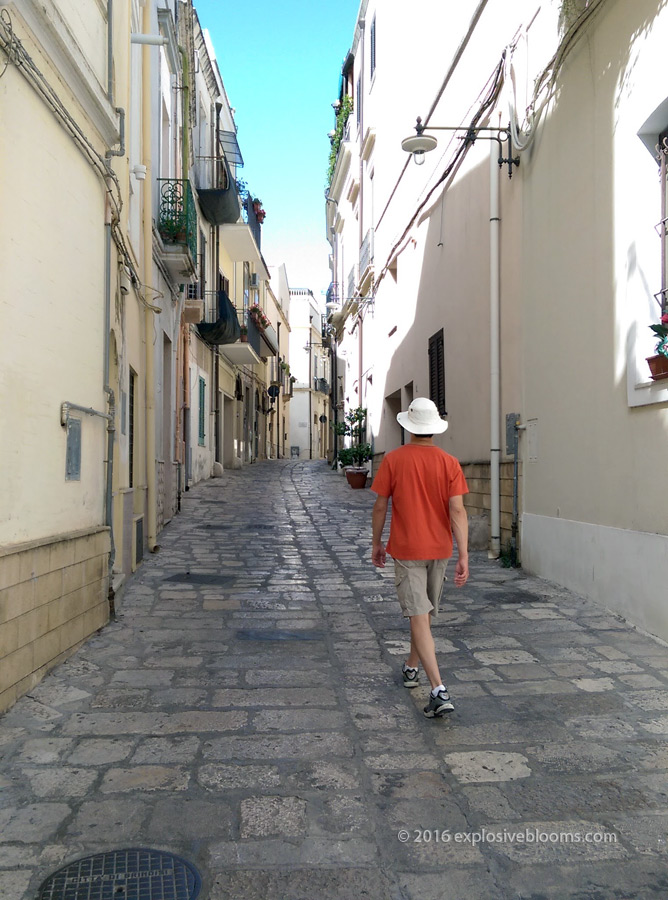 I won’t lie. I passed out on the sofa, which was like a bean bag chair. When I woke, it was getting close to the dinner hour. I wasn’t hungry, but I knew we would have to eat, so we decided to take a walk and look for a supermarket to purchase some water. When we turned on to the main street, I thought we had stepped into a different city. The streets were full! The shops were open for business and people were walking and sitting outside cafes.

We decided to try another place on the water for dinner, Windsurf. It looked busy, but it was still early for Italians. We snagged a seat on the patio and ordered the antipasto to share, and we each ordered the prawn pasta, since the one I had at lunch was so memorable. The antipasto was very filling, and hubs was amused when a waiter dropped a meatball onto a chair (not our meatball). 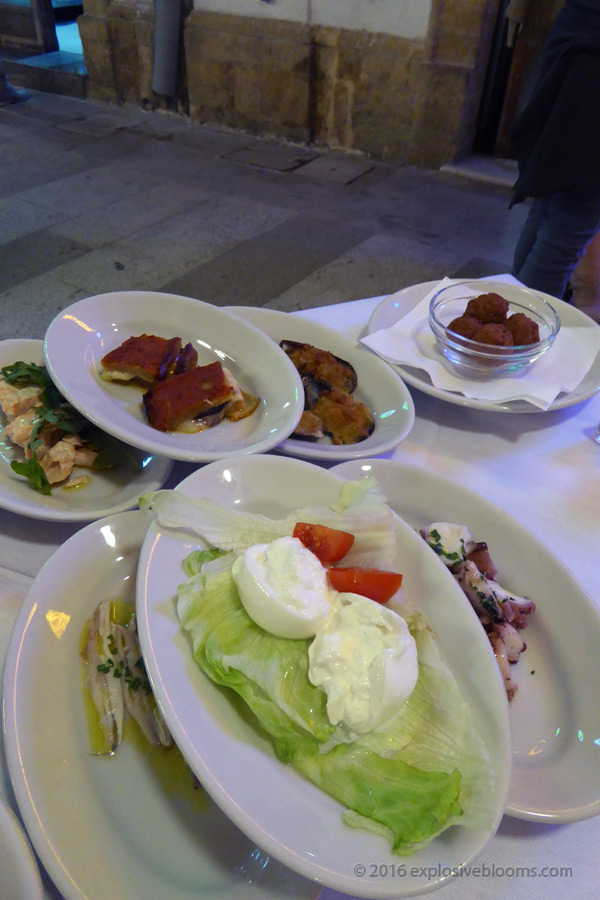 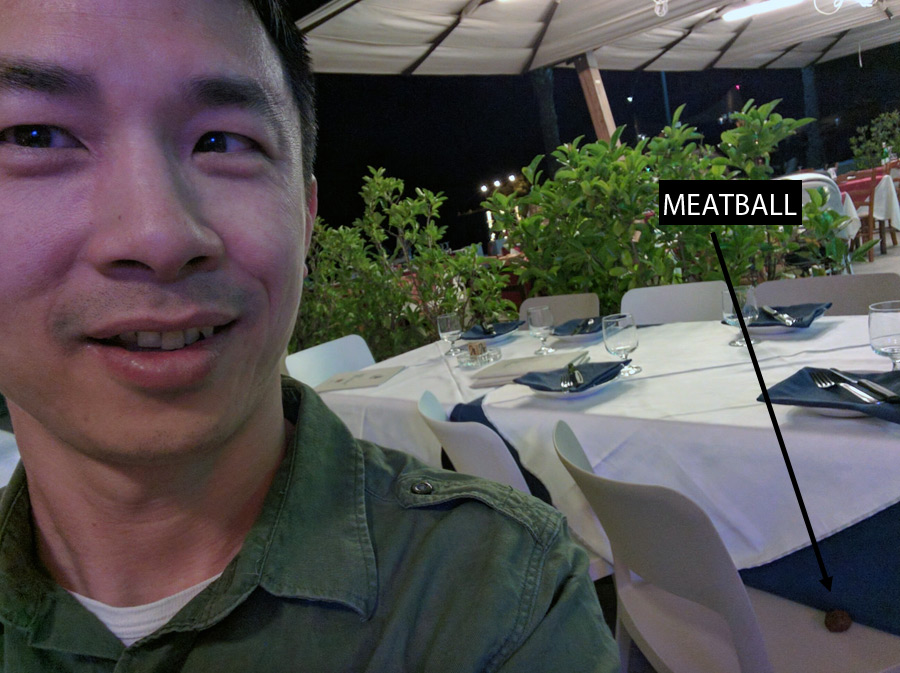 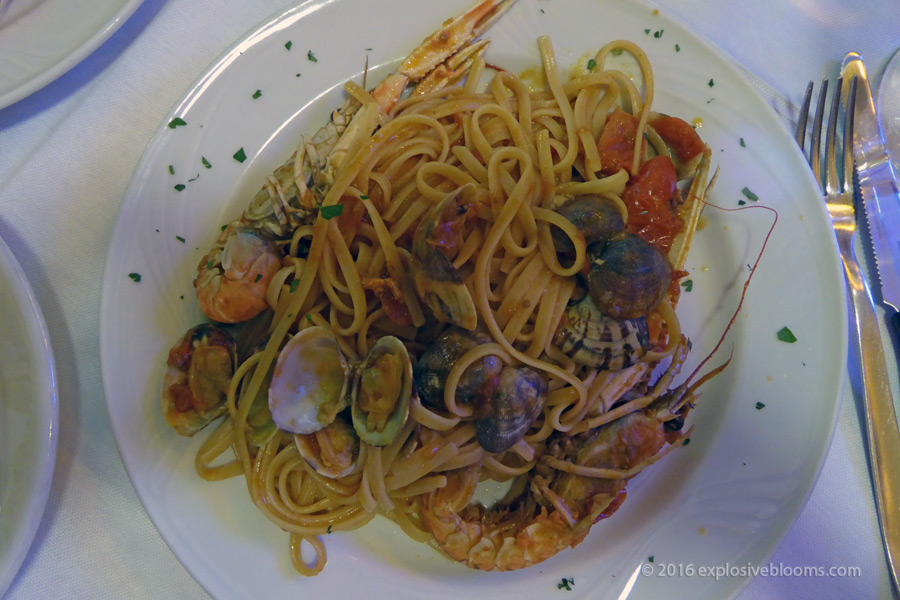 The prawn pasta dish here was not as good. First off, the pasta did not feel handmade – it was dry pasta. Most noticeable was that the flavour of the sauce did not have the same prawn flavour. It wasn’t a bad dish, but it was a disappointment when compared to the dish I had at Betty Cafe just hours earlier.

After dinner, we decided to walk back to the train station to print out our train tickets. And now, we are getting ready for bed. Alessandra is going to stop by around 9:30 am with croissants and fruit for us for breakfast. Our checkout is at 10:30 am, but she has confirmed that we can leave our bags at front desk since we have a couple of hours to kill before our train departs. Our Amalfi adventure is about to start!