As I was sweating in the garden, hubs was working on a delicious project in the kitchen. There’s always a reason for everything he does, like making milk bread only about a week earlier. Using the same recipe (or similar), he decided to try his hand at bolo bao, also known as pineapple bun. There is not one ounce of pineapple in the bun; however, it was named this because the cookie topping is supposed to resemble a pineapple.

As this was his project and I was not involved, this post will be pictorial. Just reviewing the photos brings back the sweet aromas as it was baking up. I had suggested he use a rolling pin for the cookie dough topping, which may help next time. The topping turned out to be a little thicker than hubs preferred, making the bun sweeter than he’d like. Personally, I still felt it was very good for a first attempt. 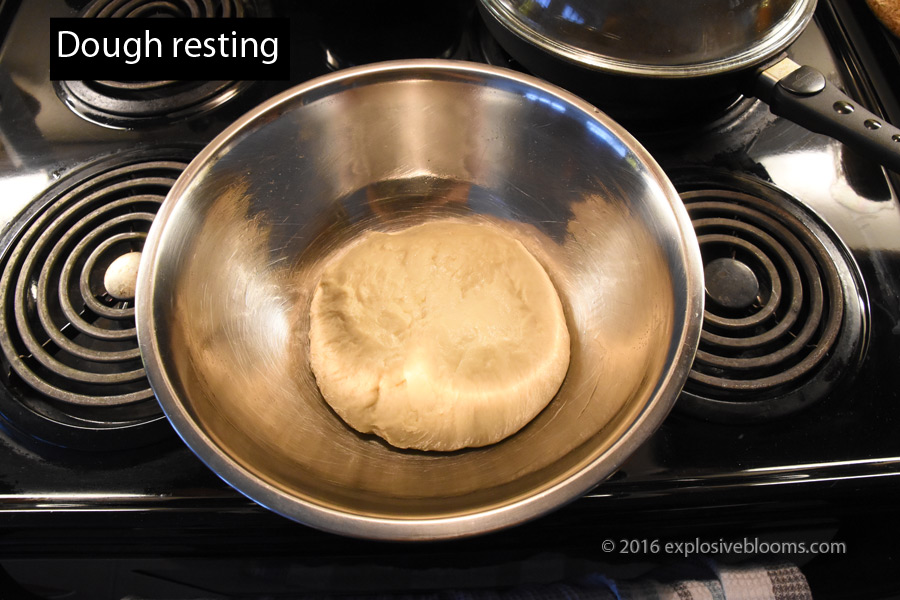 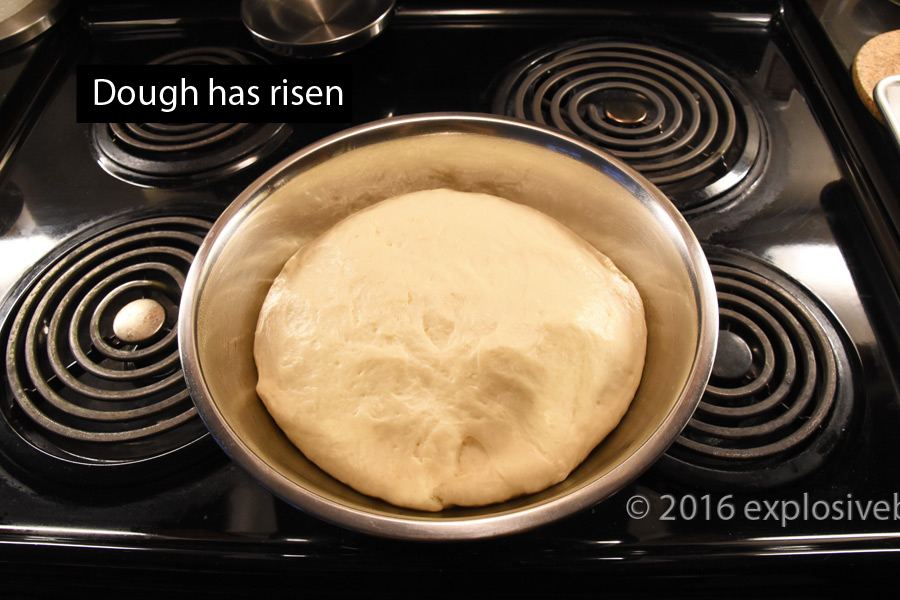 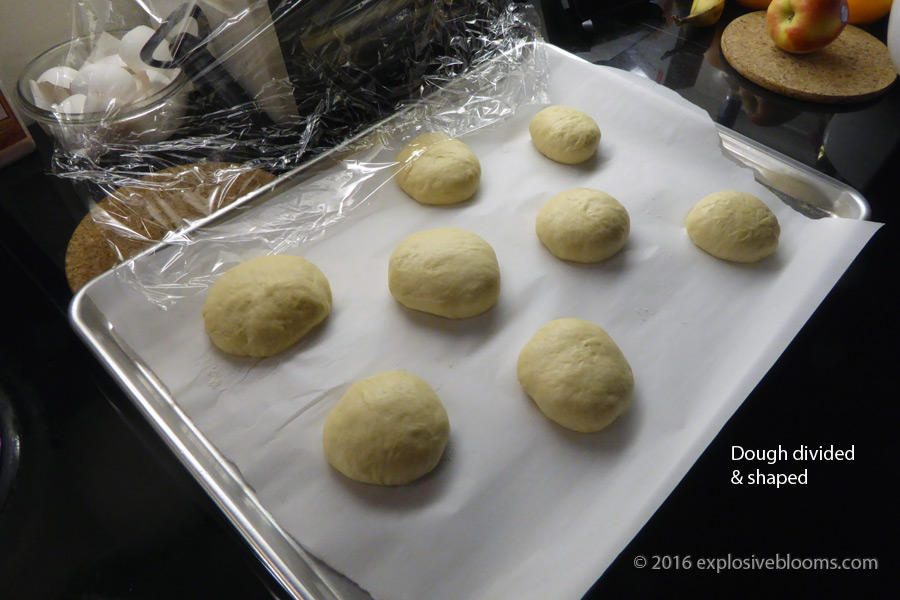 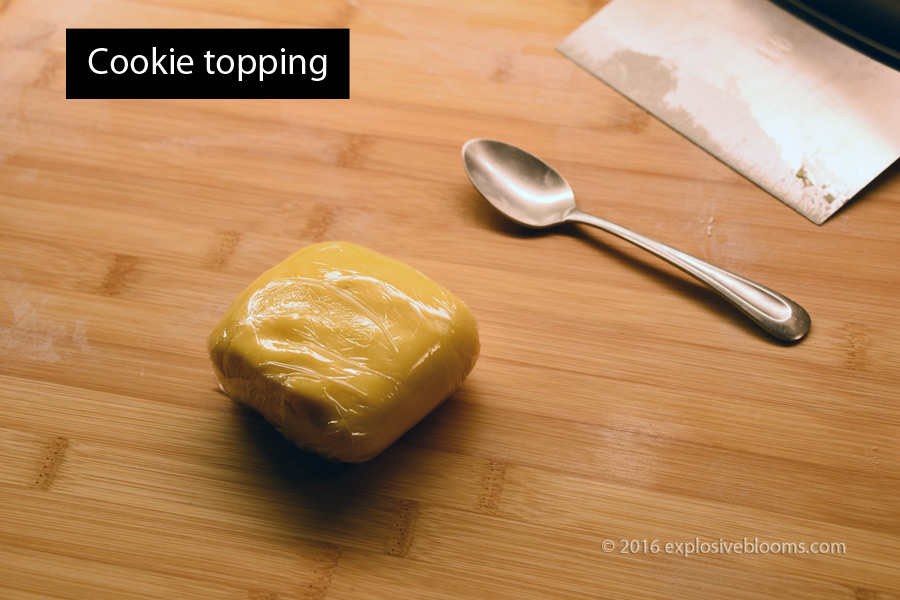 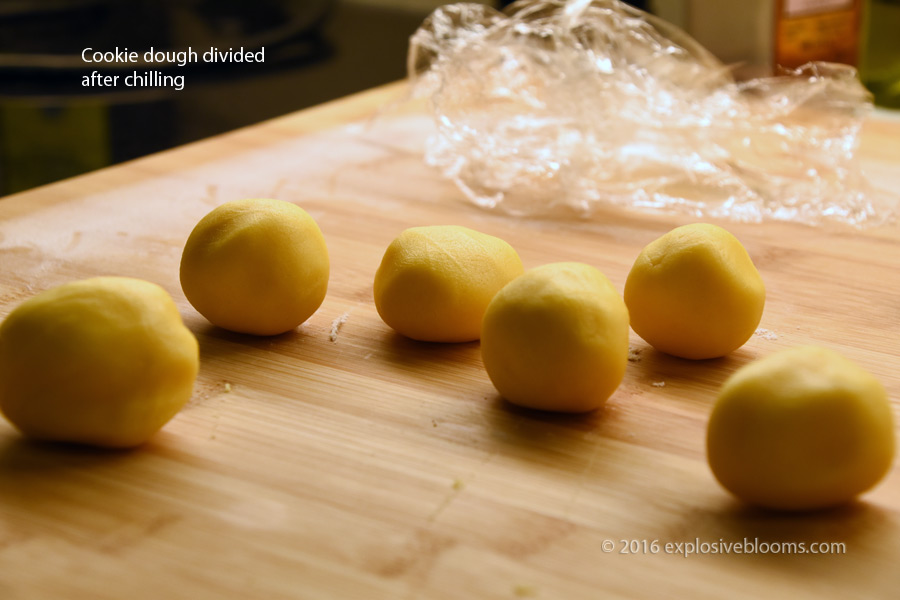 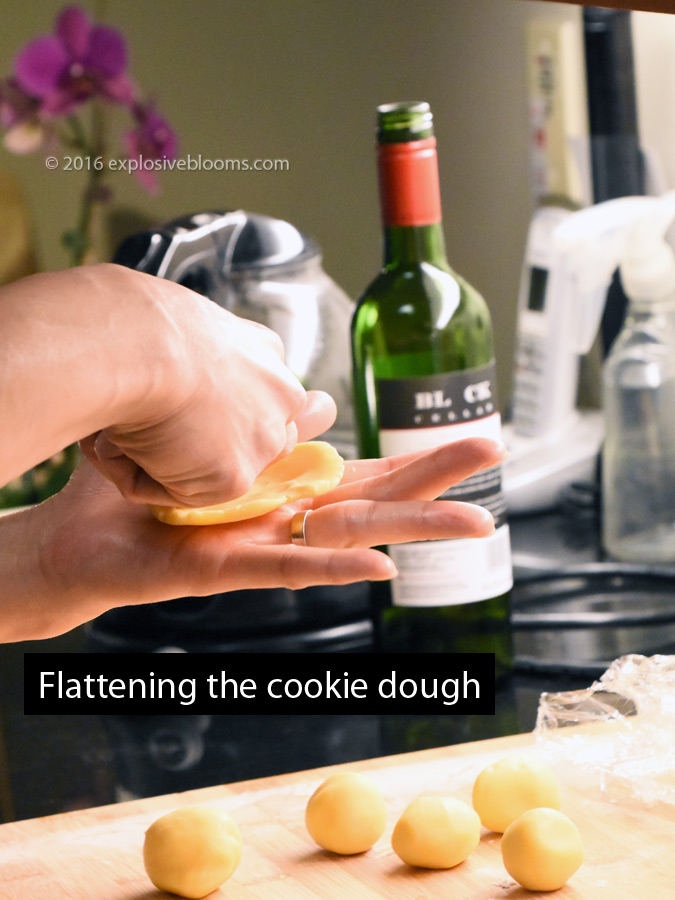 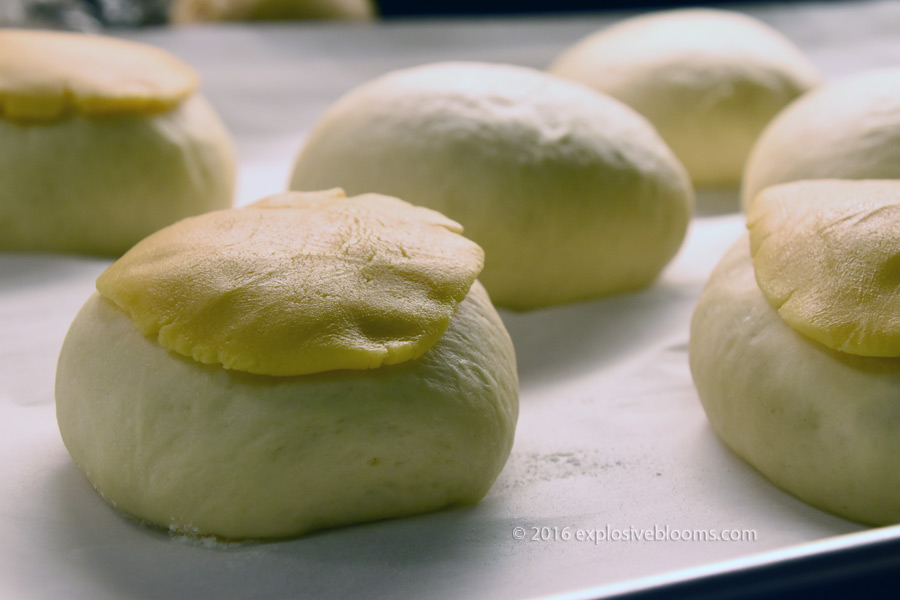 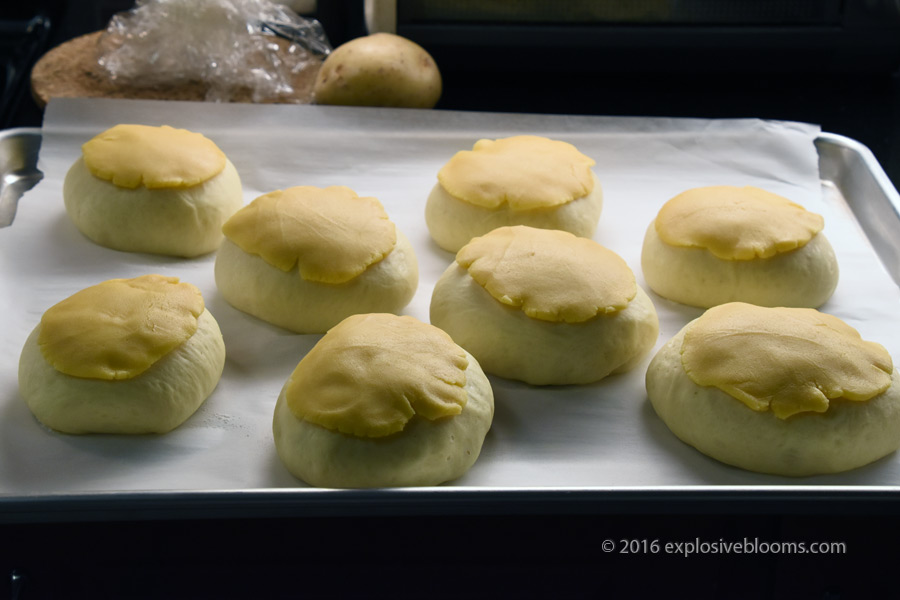 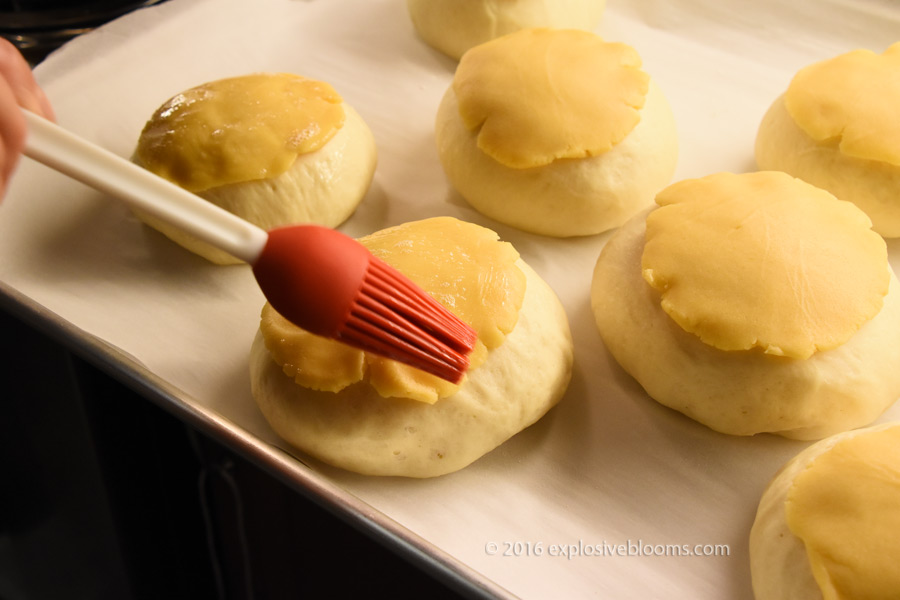 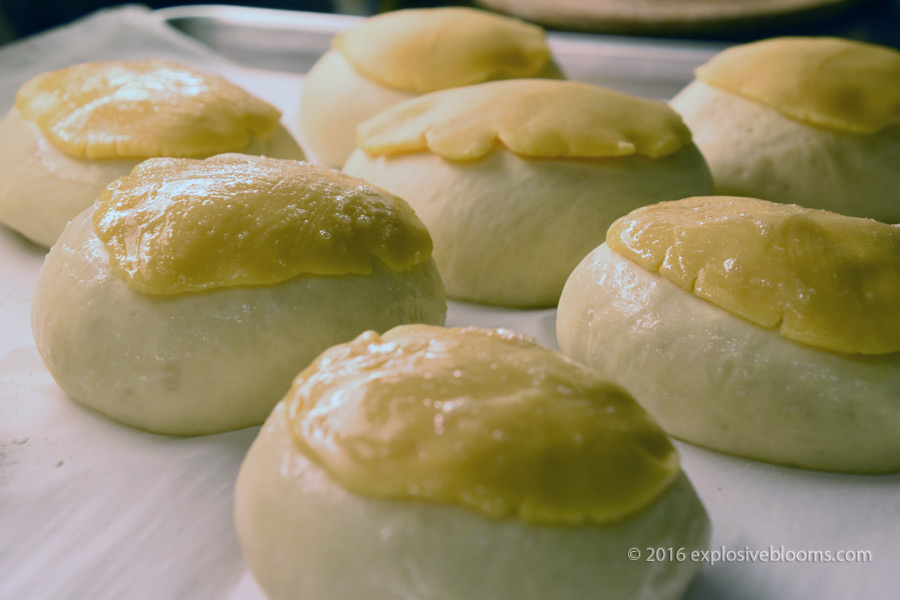 And one of my favourite photos… 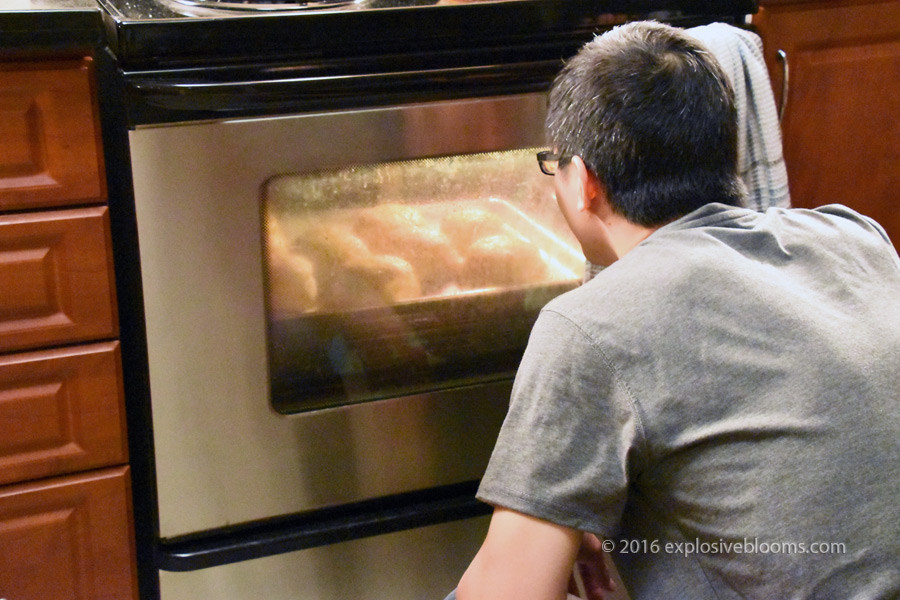 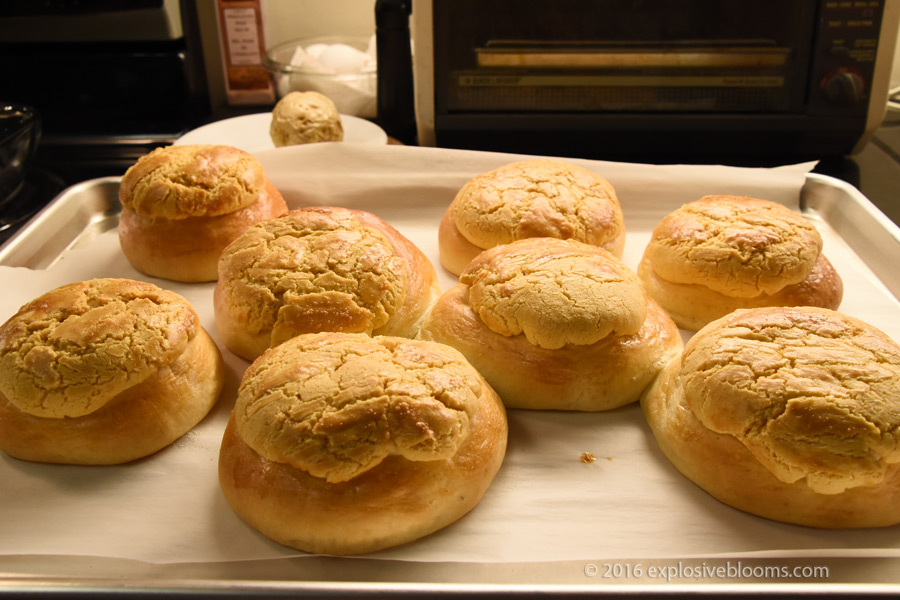 Golden and tasty, almost like the ones we buy from the Chinese bakery.