The last week was soggy. It rained, and rained, and rained. There were flood warnings and evacuation plans for people living on Toronto Island, and in fact the volleyball courts down at the beaches were under water. It was also below average temperatures. Today has been the first time in almost a week since we’ve seen sun, and it’s been glorious (even though it’s only 8C)! It’s hard to believe that the weather forecasters are announcing that we are flirting with the chance of frost overnight. Even with that news, it didn’t stop me from sowing seeds outdoors. Not to worry, these plants are the types that can tolerate some cold – kale and pak choi. I seeded more cilantro and some chives. Indoors, I seeded a small tray of basil. I also could not resist purchasing two pineberry plants from Lowe’s today. They aren’t cheap! I didn’t check the price tag, so it was a shocker that the two plants cost $16! I’m excited to try these and hopefully I’ll be able to successfully overwinter them so that hubs and I can enjoy them for years to come, like with our alpine strawberry plant.

I was going to set up my greenhouse today, but I’ve decided to hold off a few more days. It’s quite gusty today, and the seedlings aren’t ready to spend the evenings outdoors yet. Hubs is brilliant! At the end of the last growing season when I was disassembling the greenhouse, the plastic cover had melted onto the bottom of the frame (I folded under the plastic flaps). I was going to put down a tarp this year, but hubs suggested I try using masking tape. Brilliant idea!

As much as I wanted to take some of my bigger seedlings out today, the wind gusts worried me. I did transplant the last of my seedlings in Jiffy pucks. I do really wonder how they will do this year in terms of productivity, since I started them so much later. Pictured below are a mixture of sweet and hot pepper plants in four-inch pots. 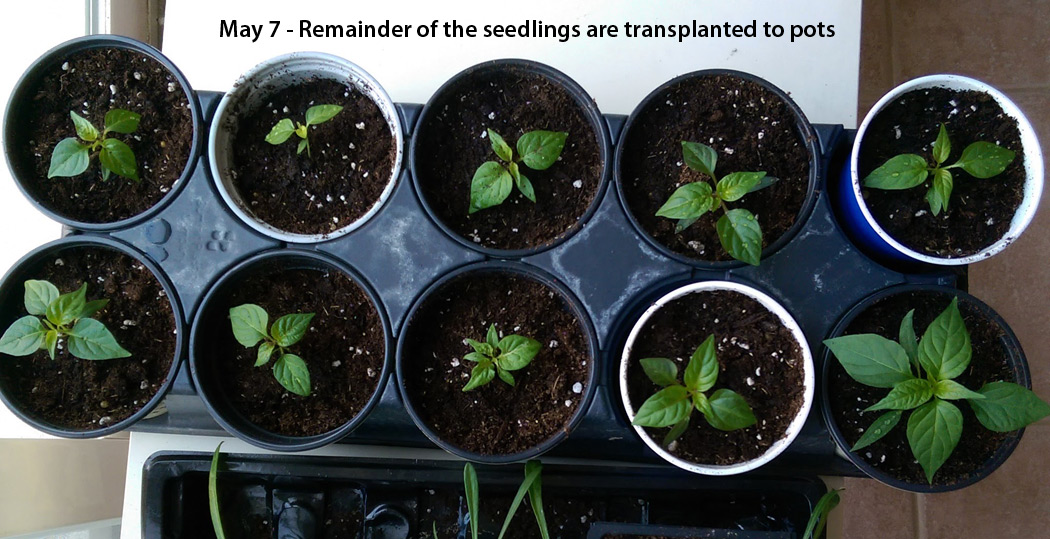 Of all my seedlings, the tomatoes have grown the most, which is how is usually goes. Photo progress below. 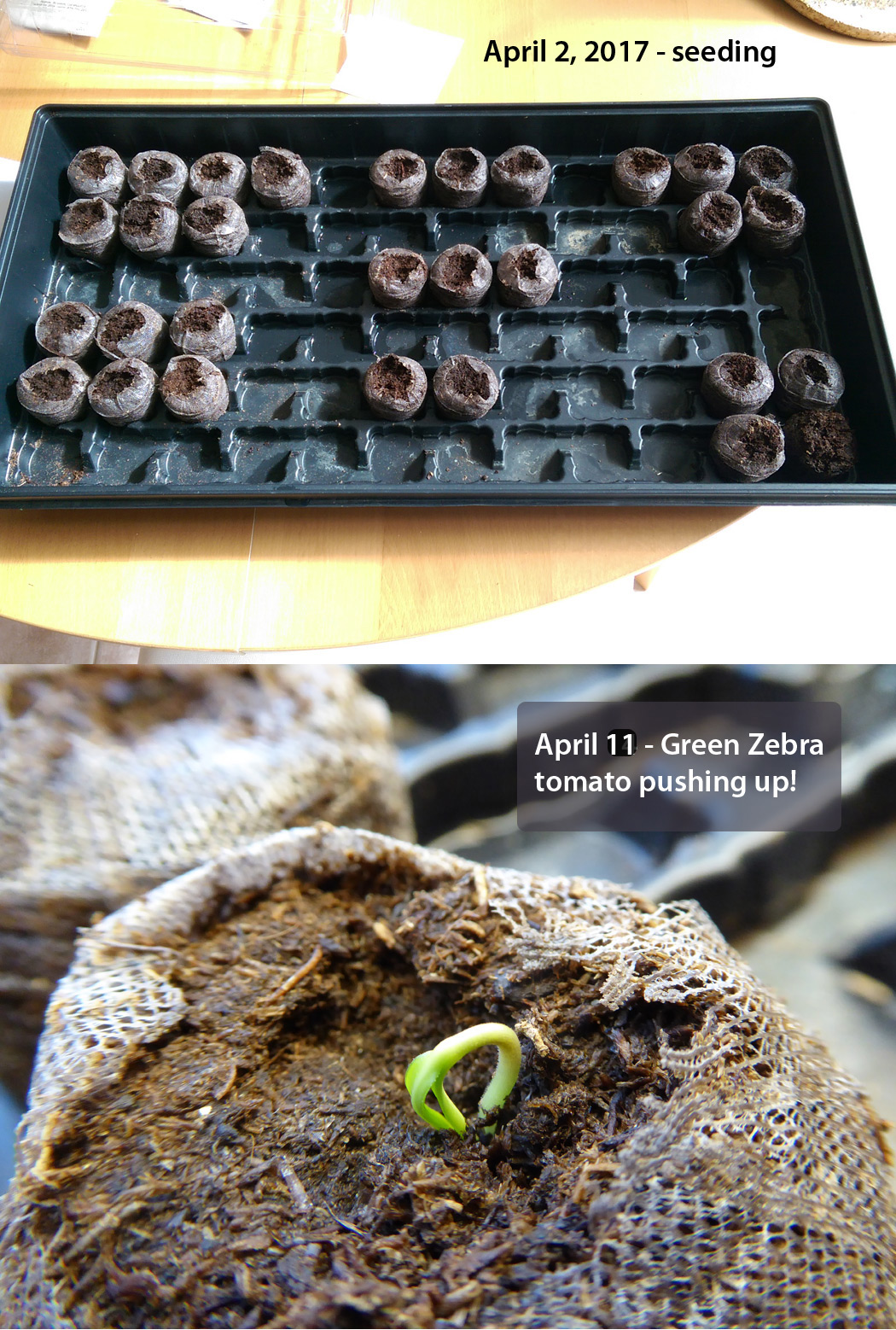 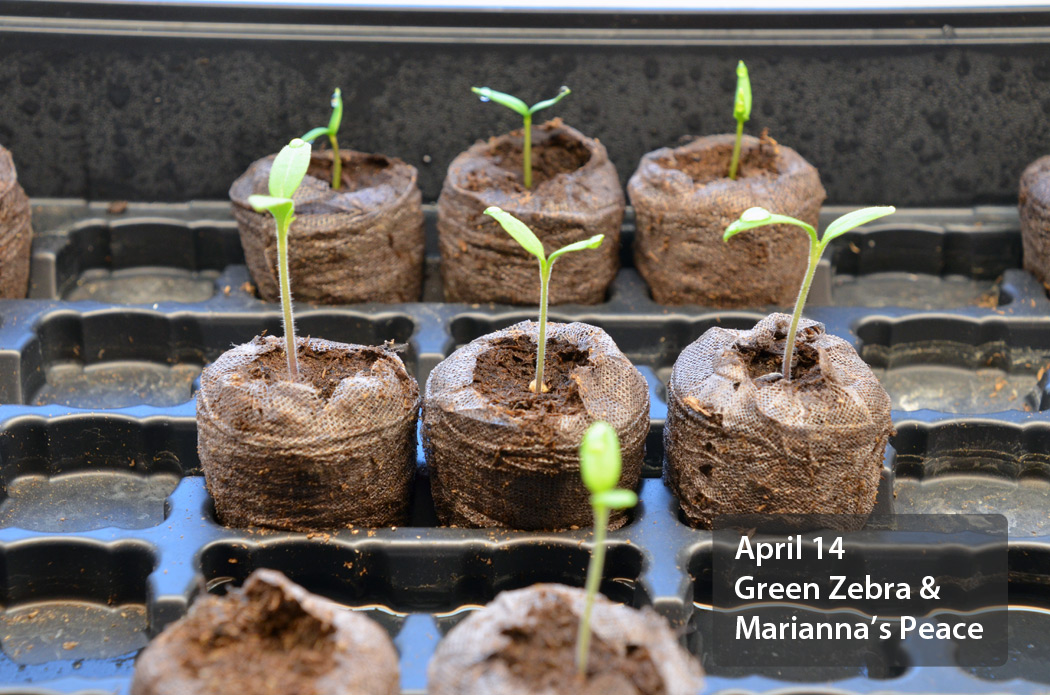 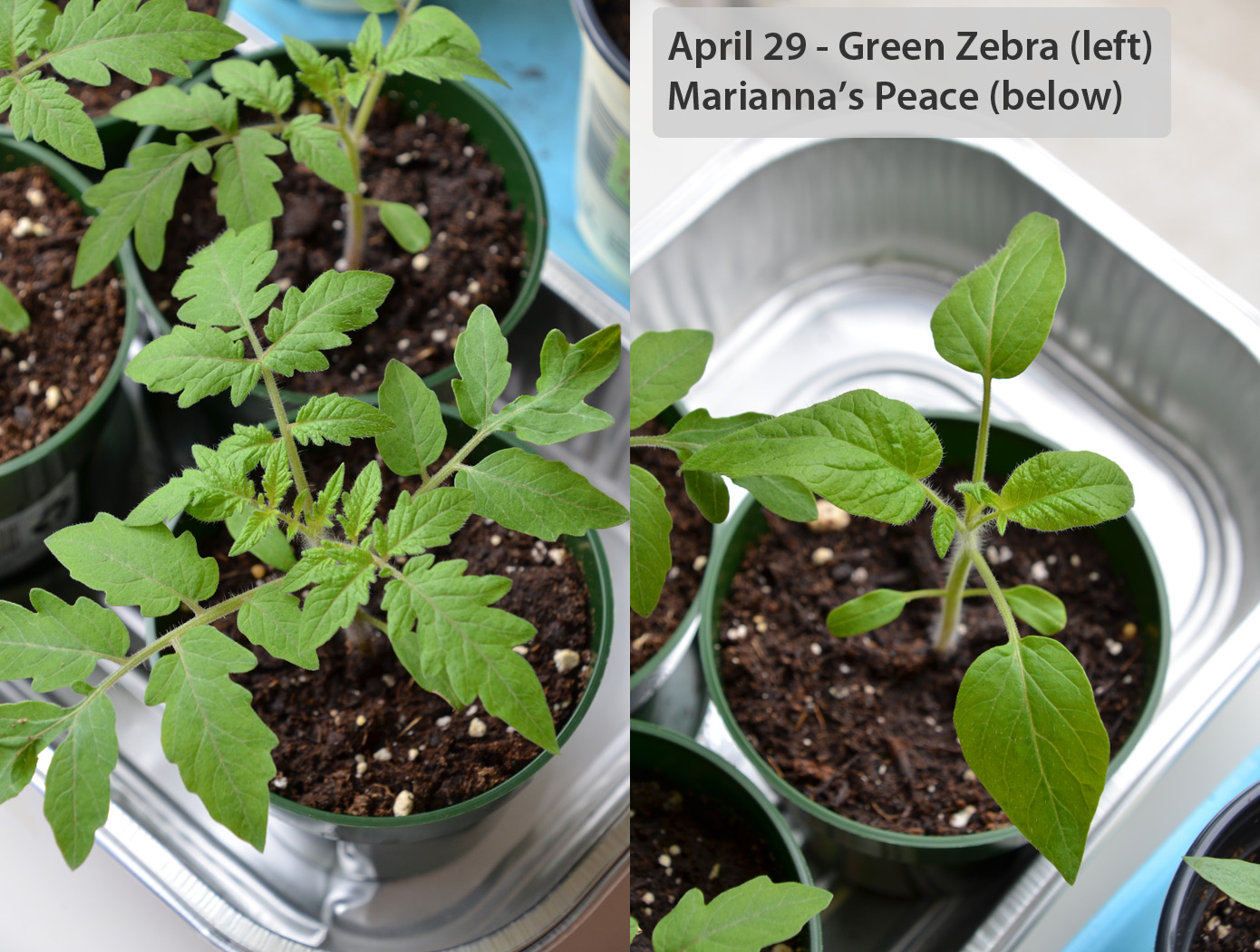 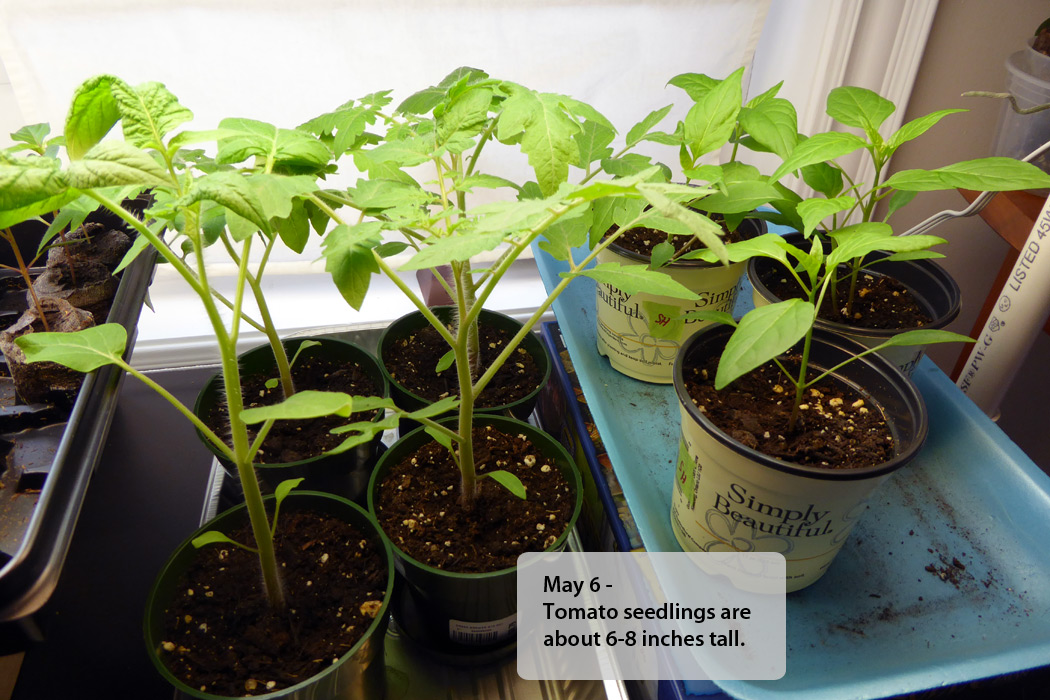