Canada is 150 years old! Officially the stat holiday is tomorrow, but I was given the Friday off and will be heading back to work tomorrow. Luckily hubs has a flexible schedule, and we still got to spend the long weekend together. The weather hasn’t been perfect, but at least it wasn’t a washout.

On Friday, I attended one of my favourite morning pilates classes, something I haven’t been able to do in a while. What an amazing way to start a day. Hubs picked up some lobsters and we had a delicious lobster dinner, pairing it with a fabulous wine we had purchased from Kelowna, BC during our epic road trip last year. 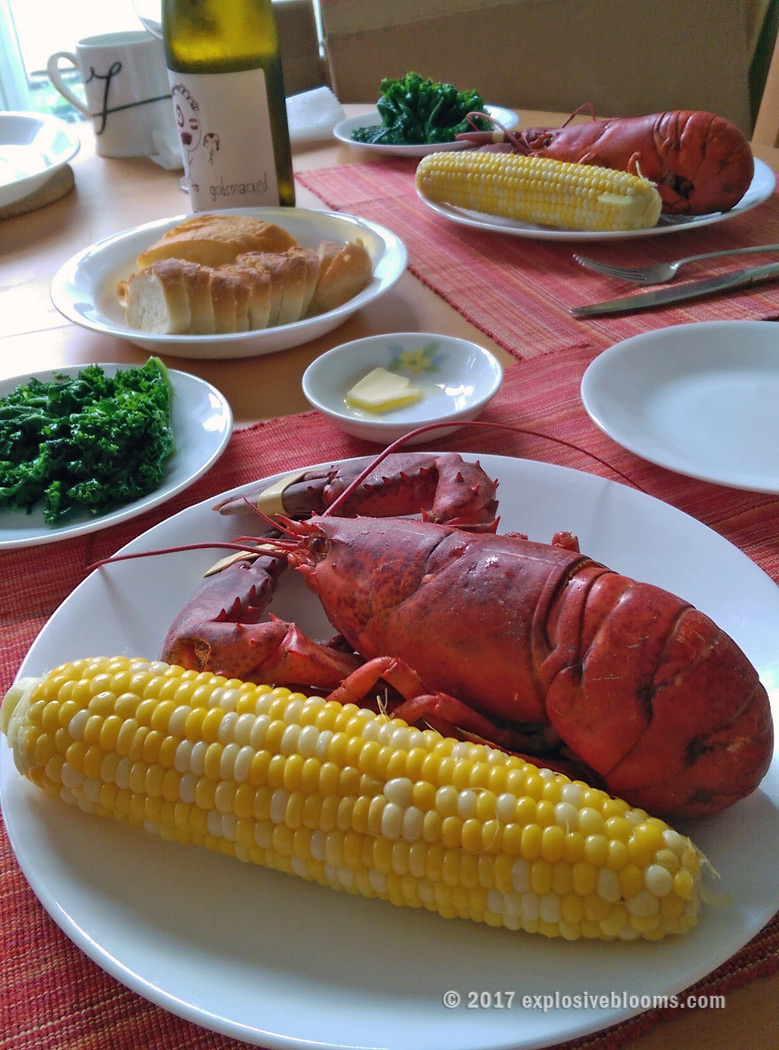 I had shared a lobster risotto and a Mexican lobster corn soup recipe with hubs, so he was careful not to salt the water to cook the lobster. We saved the shells, and later in the evening, hubs made lobster stock for making his own version of lobster risotto. After dinner we enjoyed the rest of the wine in our garden – it was a beautiful evening! 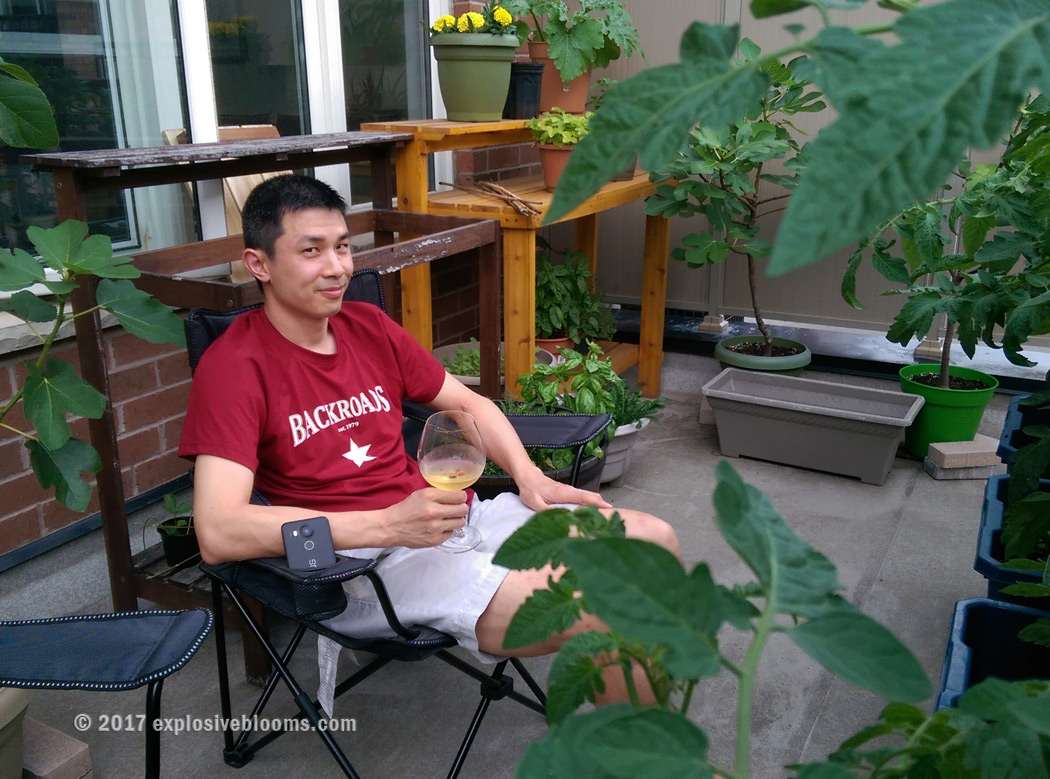 Hubs suggested we ride down to the lake because I wanted to use the bat monitor I had borrowed from work. We had attended a bat talk held at the High Park Nature Centre, followed by a bat walk in the park. It was just starting to get dark when the monitor picked up the sounds of a bat(s) passing, and we even saw the bat cutting through the trees and feasting on bugs in the air. It was starting to get dark, so this was a good time to go bat hunting. We don’t do much night riding, but it is so peaceful! You just need to be sure that you are visible. It bugs me when I see cyclists at night wearing all black and with no lights on their bikes. We both have front and rear lights, and our backpacks have reflectors. It’s still a little unnerving on certain streets, but at least there is much less traffic. 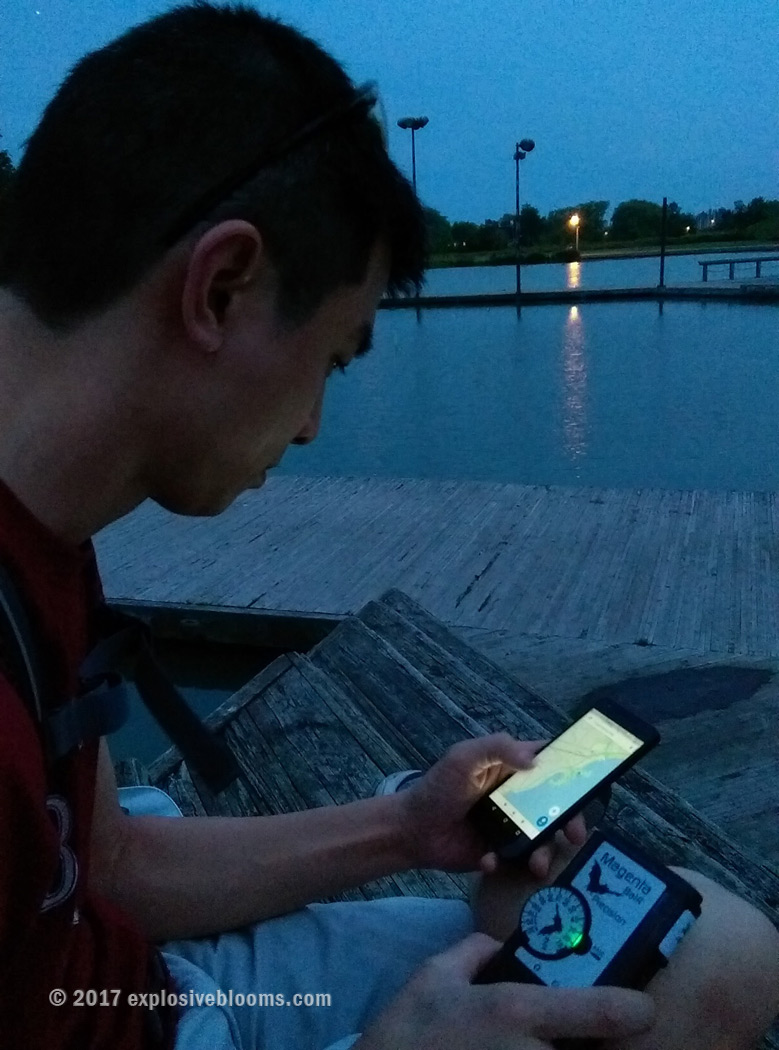 Unfortunately we detected no bats down by the lake, so we decided to head for High Park. High Park is crammed with people on the weekends during the day, but at 10 pm, it’s really dark and eerie. Hubs was thinking about killers hiding in the bushes, whereas I had seen a sign about coyote sightings in the park and that was on my mind. The bat monitor did pick up sounds, at at times, the sounds got louder and faster. Hubs and I had our eyes glued upwards, trying to spot bats, but it was too dark. We only stayed until 10:30 pm as I started to feel some rain drops. Hubs checked the weather radar and said that we should head home because some light rain might be on our tail. What an awesome adventure!

The next day, Canada Day, we watched some festivities taking place in Ottawa on TV. Rain showers were again in the forecast (and we definitely had some wet weather pass through), but between the rain, we managed to get some gardening done. I finished staining the old potting table-top and hubs finally decided to brace the tomato cages because the plants are getting big. 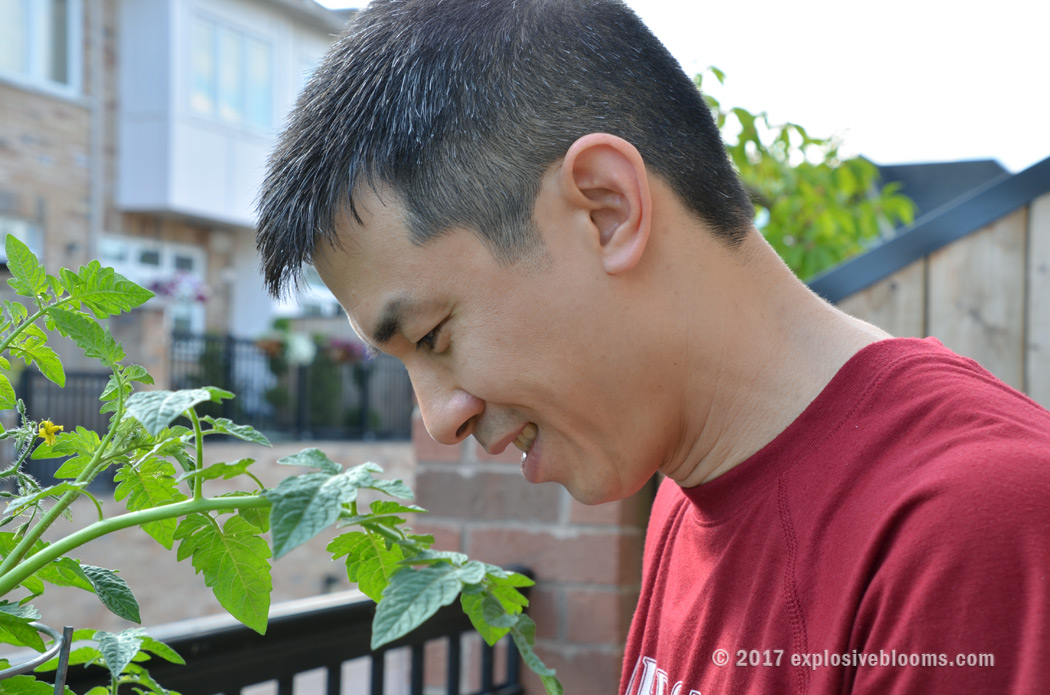 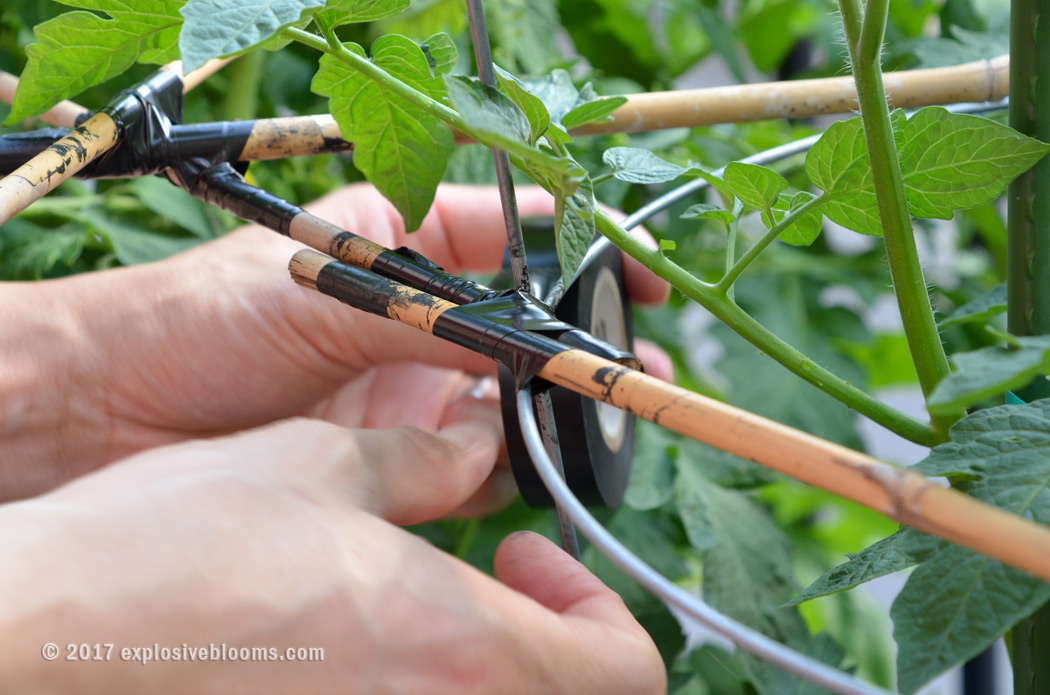 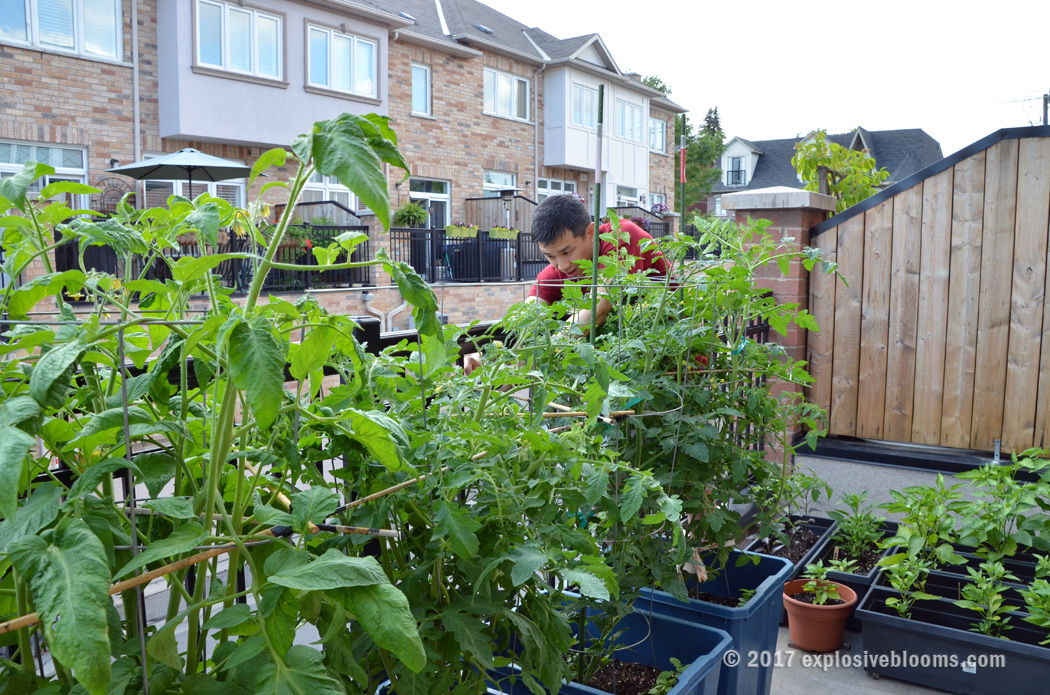 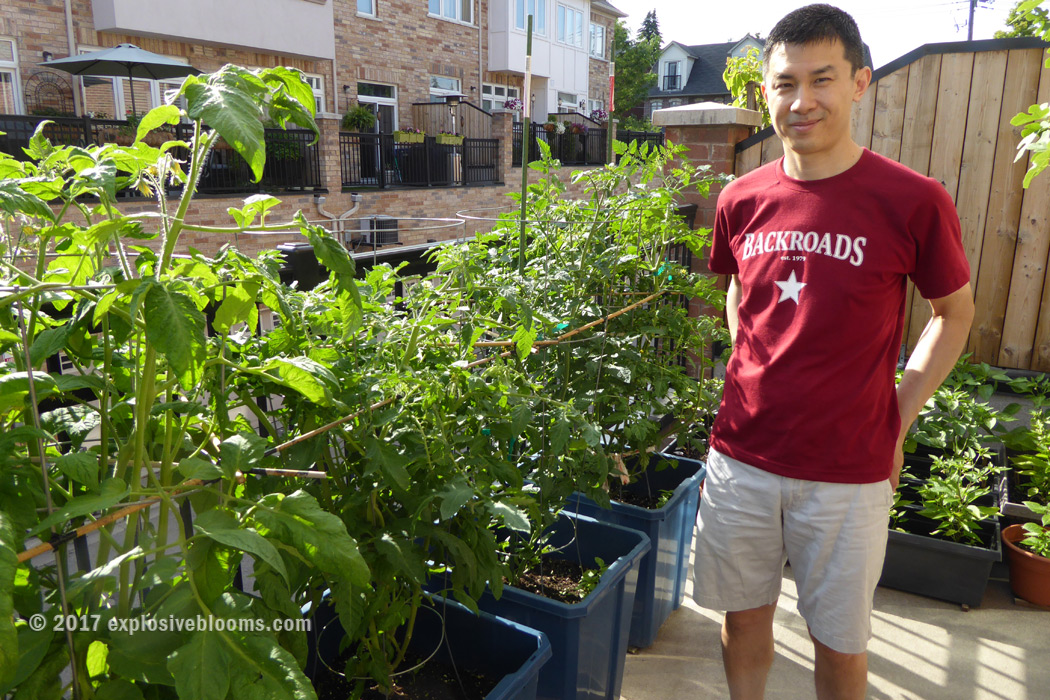 We also made a quick trip to Alimentari because we needed arborio rice for risotto. The major grocery stores were all closed for Canada Day. Of course we couldn’t just leave with the arborio… the porchetta looked way too good to pass up. We purchased a $22 slice, which was so succulent and richly delicious. It was perfect with our lobster risotto. 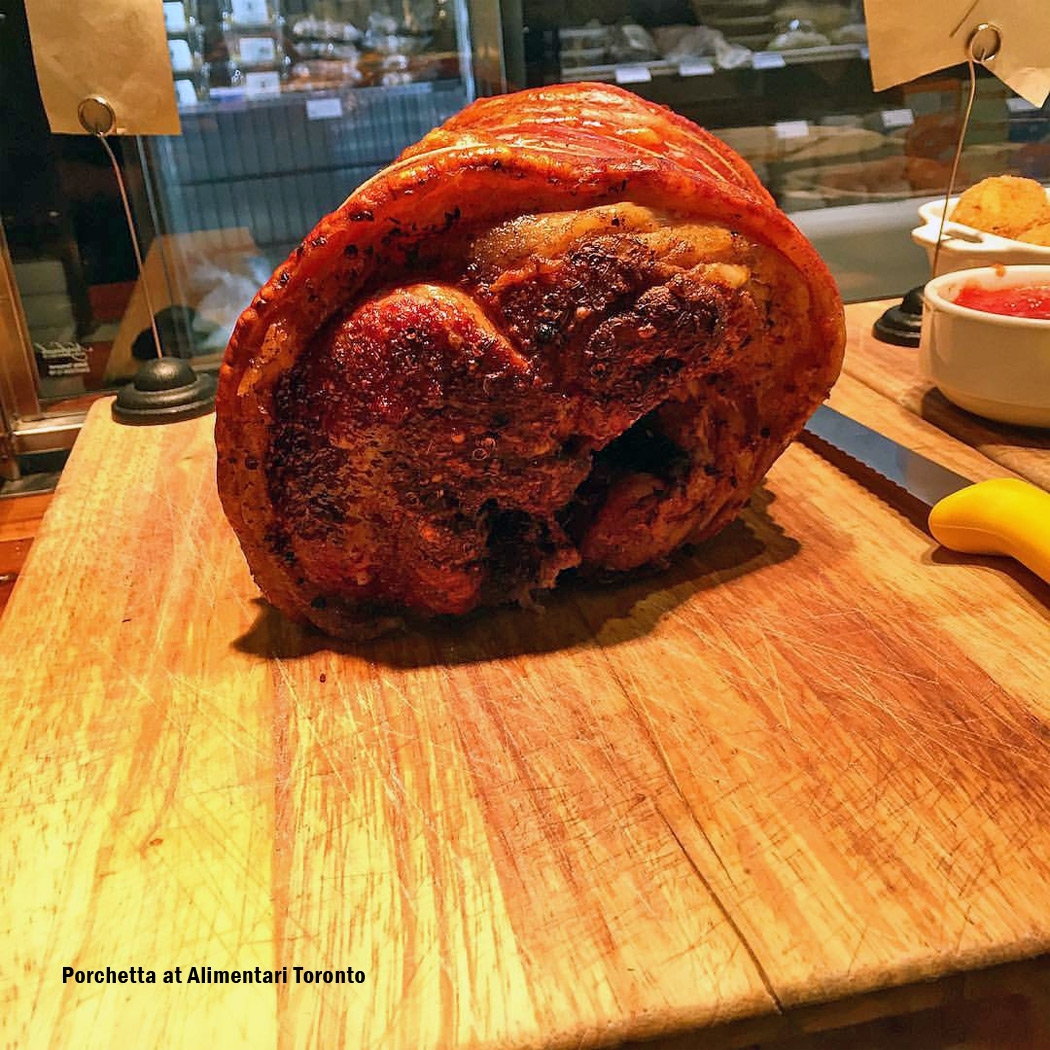 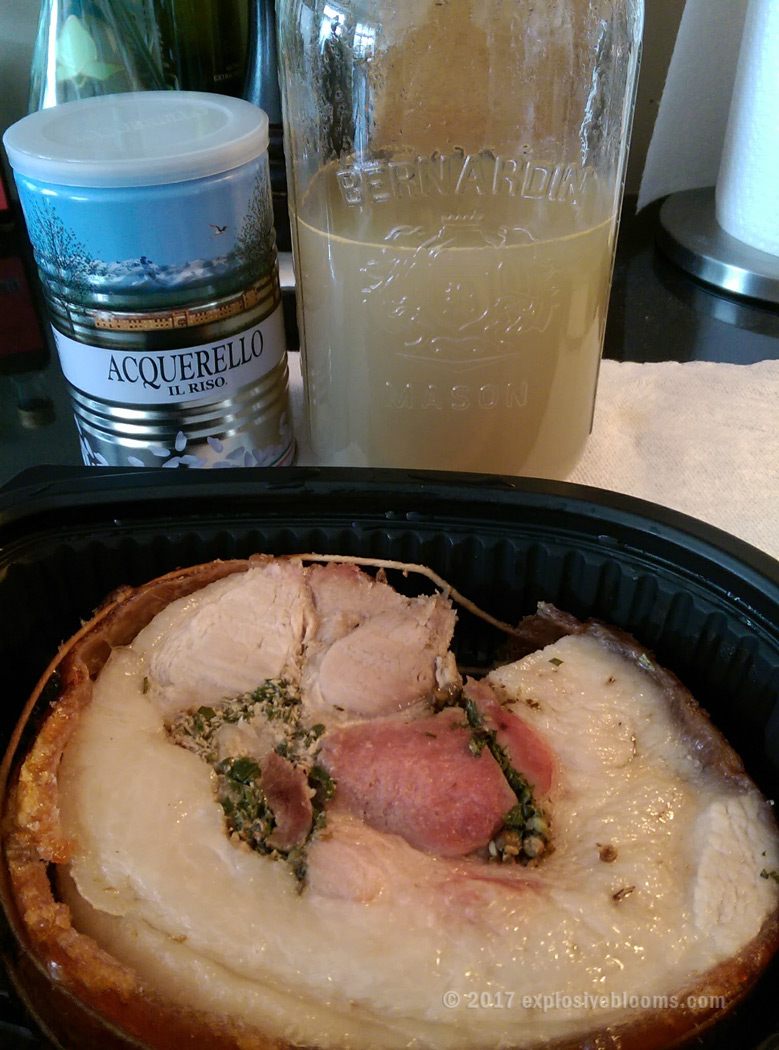 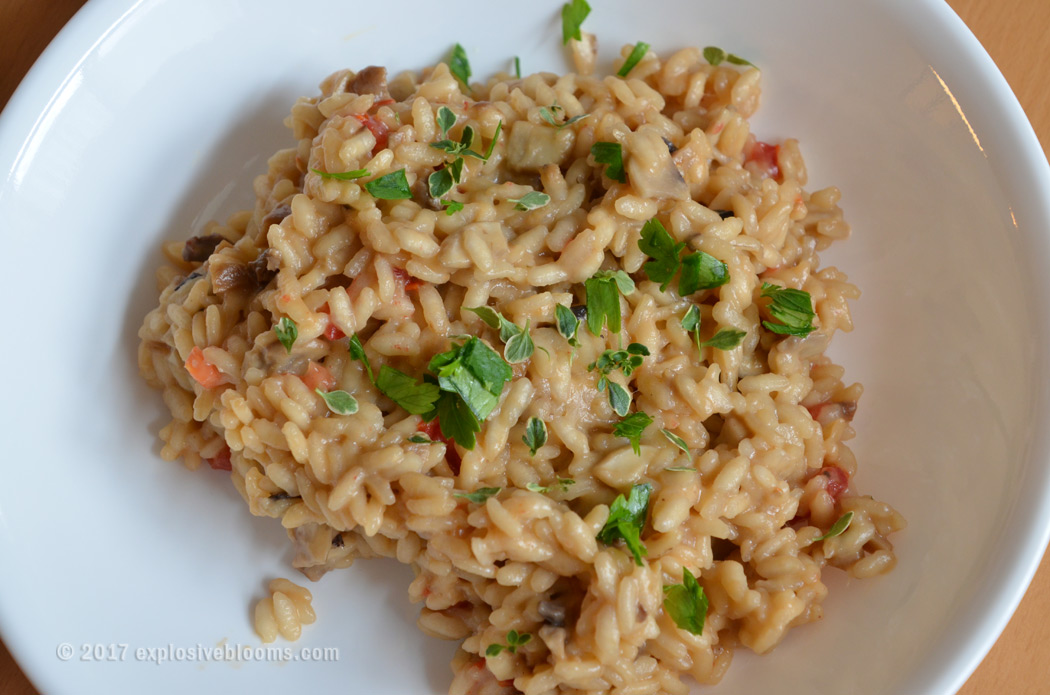 After an early dinner, the rain had cleared and the sun was out so we hopped on our bikes and headed out to see the big, ridiculous rubber duck. I still don’t really understand why Premier Kathleen Wynne is making us taxpayers fork over $121,000 for this duck. What is the relevance of this duck to Canada’s history? Anyway, we’re paying for it, so we should go see it. As we approached the Harbourfront, I was quickly reminded of why I think the cycle track down there is crap and poorly designed. The entire area was a gong show, and it is crazy that people even bother driving down there. We managed to get a few shots of the duck, but could not navigate through the outdoor market with our bikes, so we headed back home. 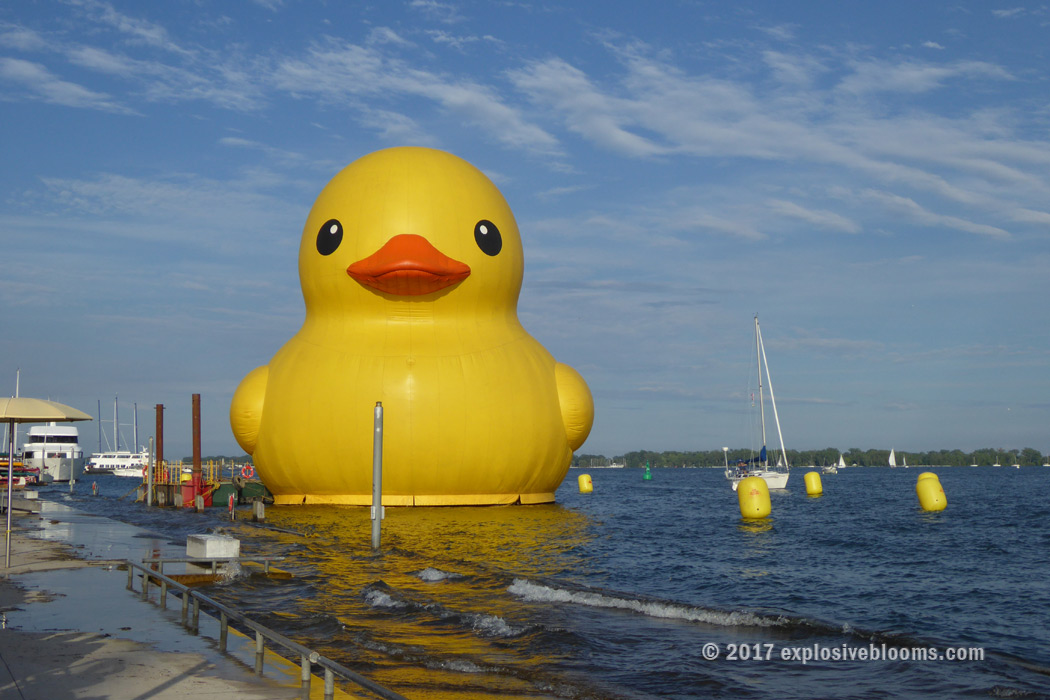 We didn’t get in a bike ride today because the weather reports had said passing showers at 2 pm. No showers came through, but it’s also very breezy today. I definitely need to log more miles on my bike this summer. We haven’t done much riding yet, and I miss it. Tomorrow is back to work for me, though I will have to take a look at my bus schedule. Transit will be running on its holiday schedule tomorrow.

I hope my fellow Canadians are having a wonderful Canada Day weekend! And for most of you, enjoy the day off tomorrow! I’m so jealous – I think it will be perfect bike riding weather.