The alarm went off at 6:10 am this morning (Sunday). I groaned as hubs hit snooze, and said I needed five more minutes. At least I could hear the birds instead of the sound of rain (like last year). At 6:20, the alarm went off again and hubs rolled out from under the covers and opened the curtains. Daylight streamed in, but it wasn’t sunny. The forecast wasn’t calling for rain until the afternoon, so I was prepared to do the Ride 4 Heart today, unlike last year. I didn’t even bother getting out of bed last year when the alarm went off, because I could hear hard rain drops pelting off our roof. If memory serves, it was a cold rain last year.

This year it was overcast and the morning temperature was 16C. This is actually perfect riding weather. We had leftover steak for breakfast with a fried egg and peanut-butter toast. We managed to get out the door by 7:20 am and rode to the site. When we arrived, I was ready to get started, but hubs insisted that we take a selfie first. I didn’t think anything of it, so I looked for an opening between riders and ran across to where he was standing. As he was framing the selfie, I saw someone in the frame photo-bombing our photo and at the same time, I knew that face. I whipped around and there was my best friend! 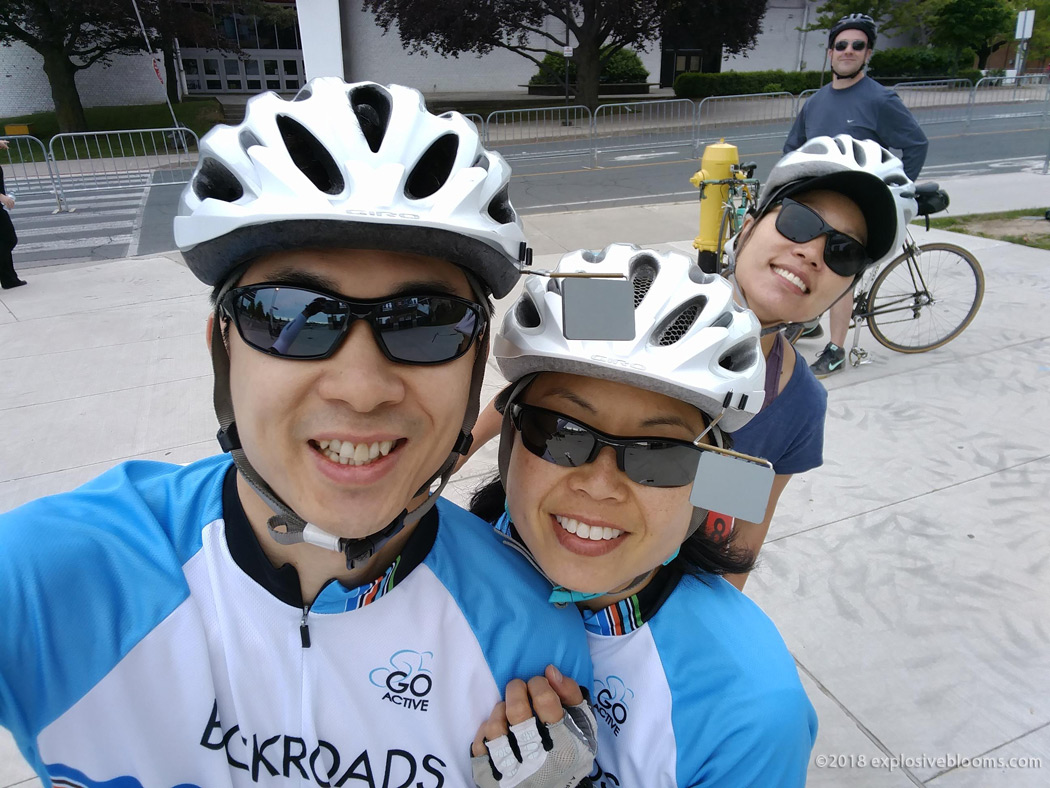 Believe me, I was utterly confused and delighted at the same time. The last time we rode together was in 2015 (she’s had her hands full since then). So to see her and her partner there was completely unexpected for me, though hubs had been in on this secret. This was the most amazing surprise ever! After the hugs and the story (explanation), we prepared to ride – the original team, back together again! But first, a photo of me and hubs with our matching bikes and jerseys. 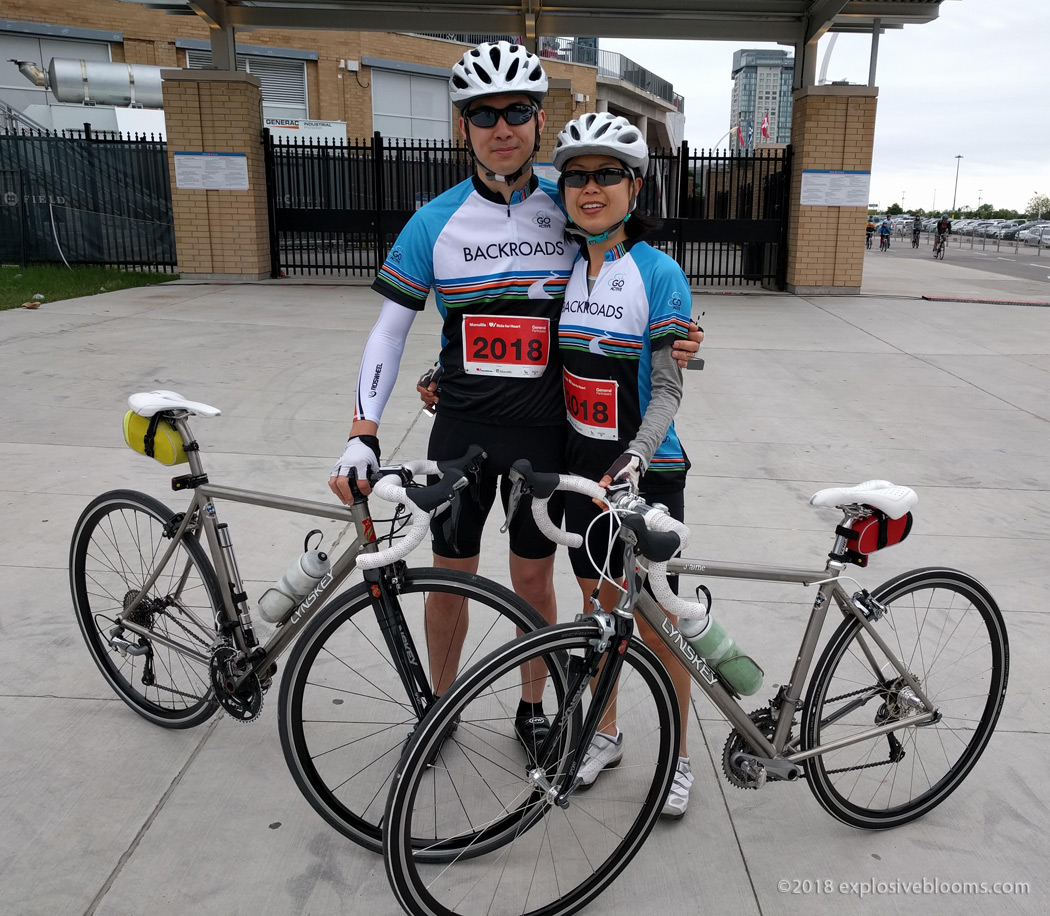 And we’re off! This is love, when your friend manages to purchase an entry bib the day before the event, and comes out even though she can’t find her riding shorts, gloves, or helmet. I feel so loved! 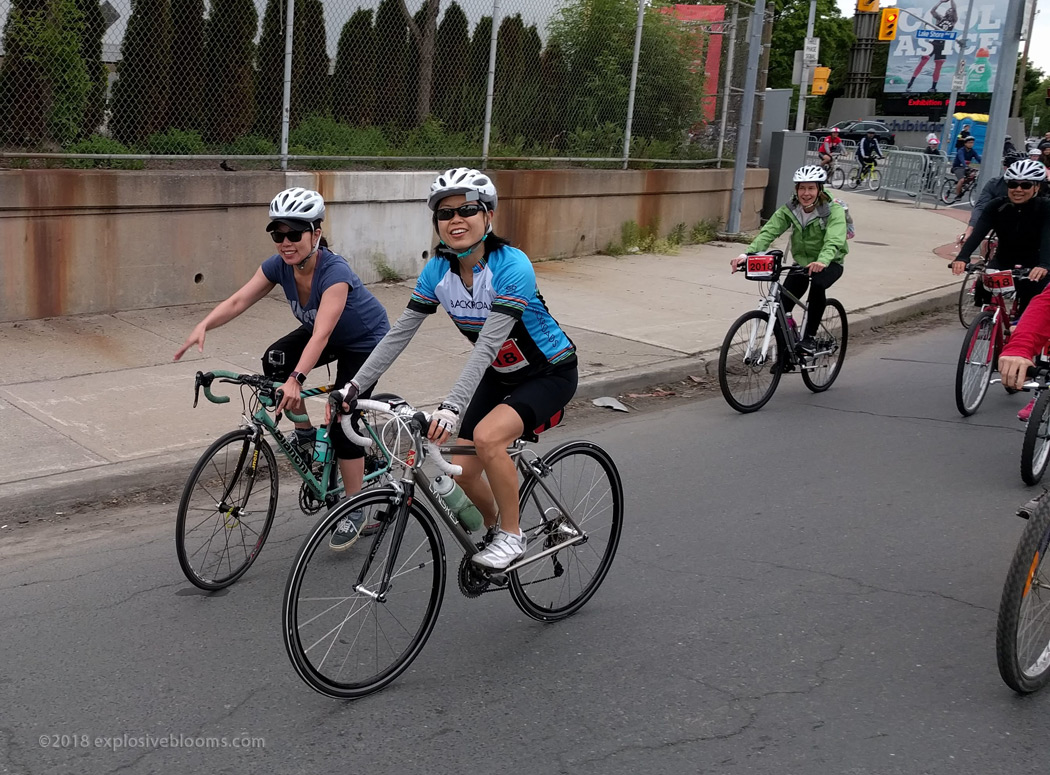 Originally my friend said they were only doing 25km, but that’s nothing and she wasn’t ready to get off the course when we were approaching the turn around point for the 25km. Secretly I was hoping this would happen. We forged ahead to the second rest stop, where we refueled with fruit. At this point, our friends decided they had to head back home, as it’s still quite a distance for them to ride. Before we parted ways, we had to take a team photo. 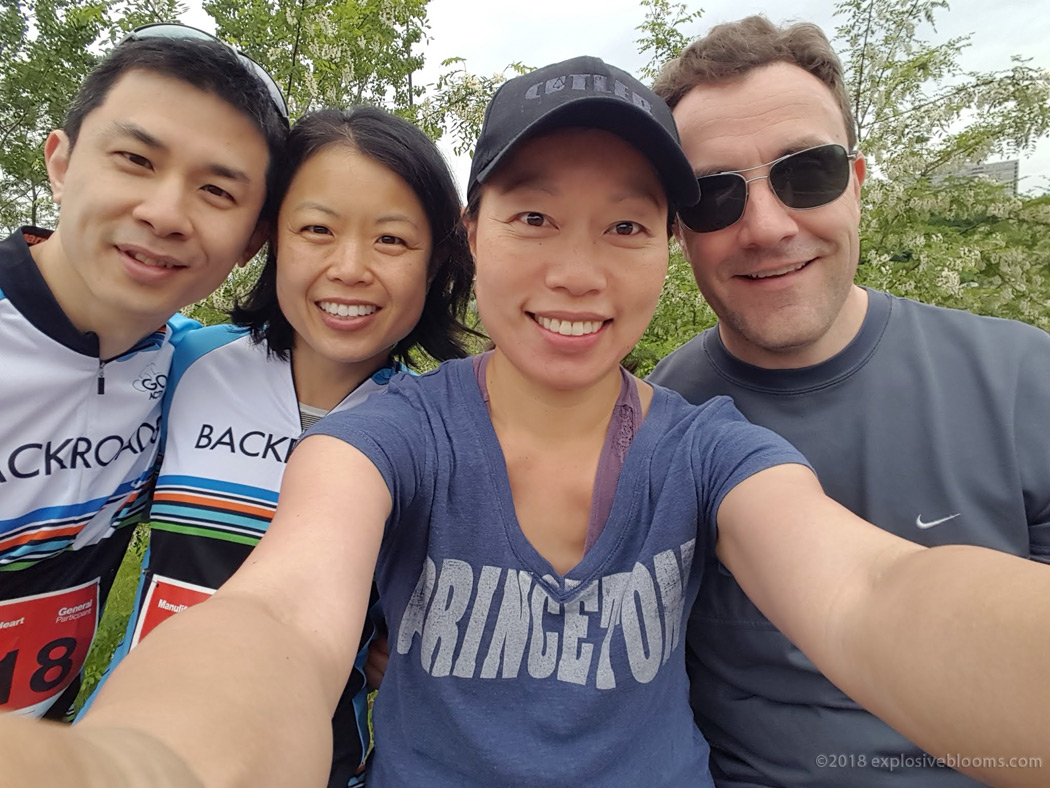 I am now hopeful that the four of us will ride together again, sooner than later. I think today quietly reminded them of how much fun it is to be on two wheels.

As the two of them discreetly hopped the DVP barrier, hubs and I continued on course. We were still undecided about the distance we wanted to go, though deep down I was ok with 50km versus the 75km. Because we started later (the chute was open at 6am for riders that wanted to do the 75km), they were closing that option as we arrived at the decision point – 50km it was!

Of course we couldn’t do this ride without stopping for a photo with the CN Tower. 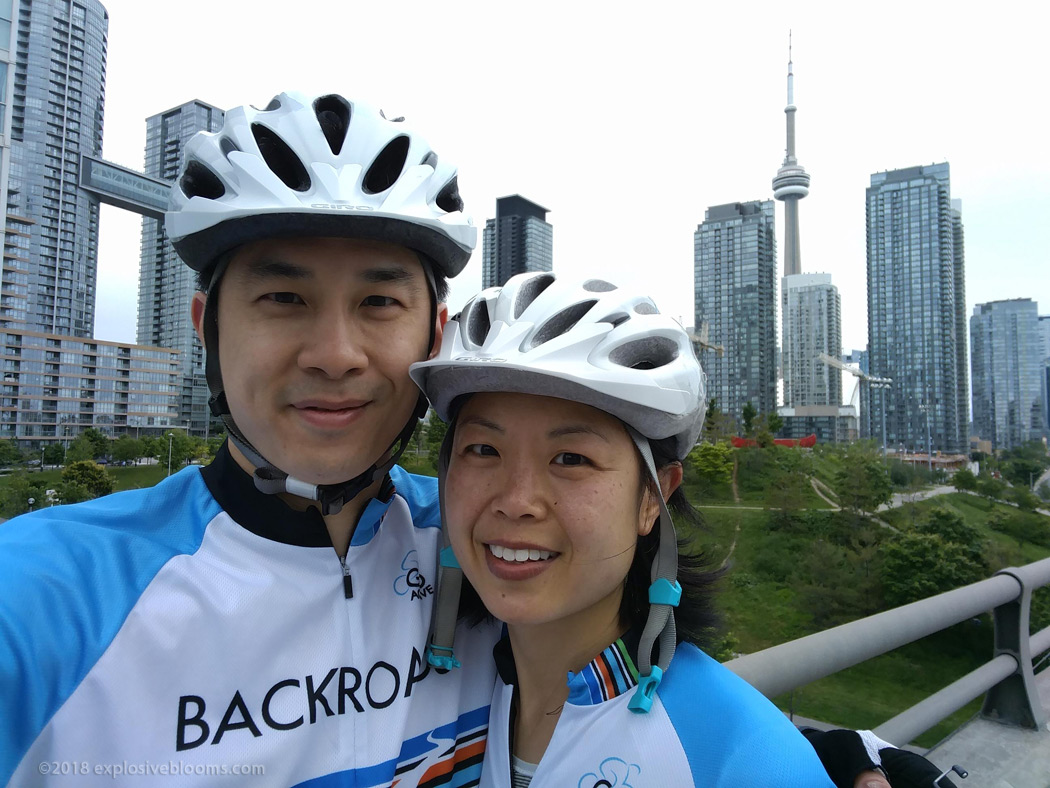 When we returned home, we crawled back into bed for a siesta. A perfect Sunday!