I had read that you could grow mimosa pudica (aka sensitive plant) from seed, so I assumed the seeds would come from the flowerhead once dried. I had been pulling off the spent flowers and saving the heads, but no signs of seeds. This was one time I did not Google the topic. I’ve left my second mimosa plant grow wild, meaning it’s quite long and spent flowers have been ignored (not picked off of the plant)

Well, two weeks ago I noticed something new on my plant – seed pods! So this is where the seeds come from. They are growing out of the dried flowerhead. I’m not sure if I can pick them now, or if I should wait for them to plump up even more. I’ve read that they usually split open when they’re ready, but given that I’m trying to collect the seeds, I don’t want the pods splitting on their own (how they would in the wild to self-sow). 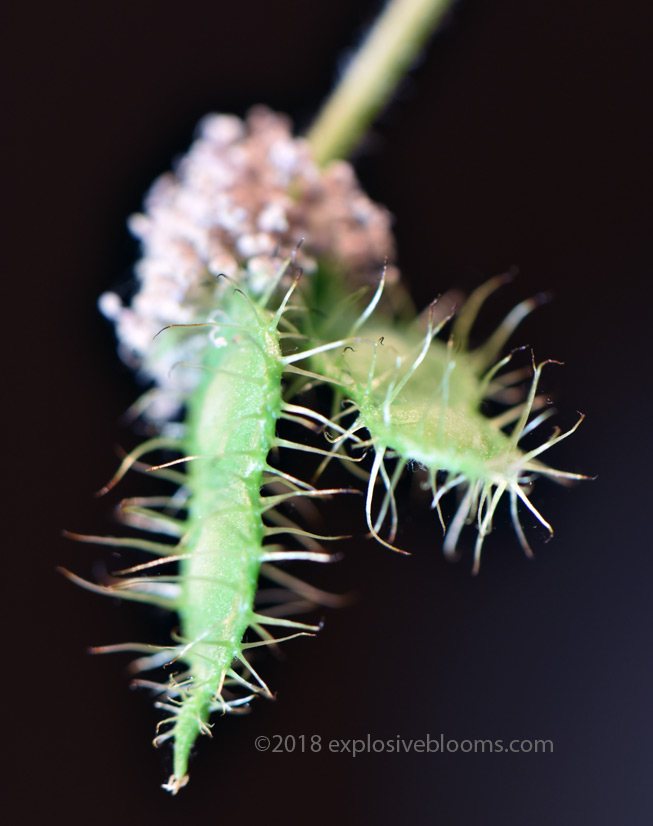 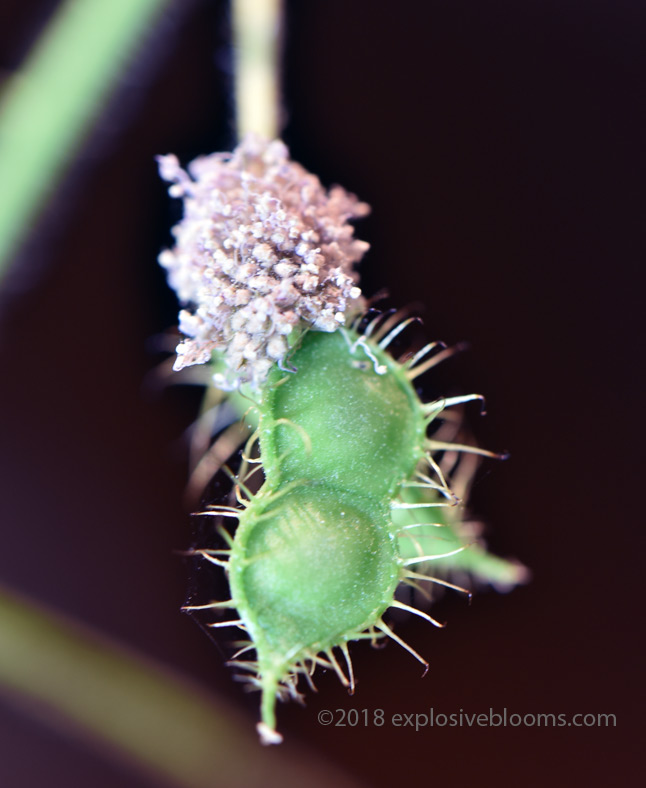